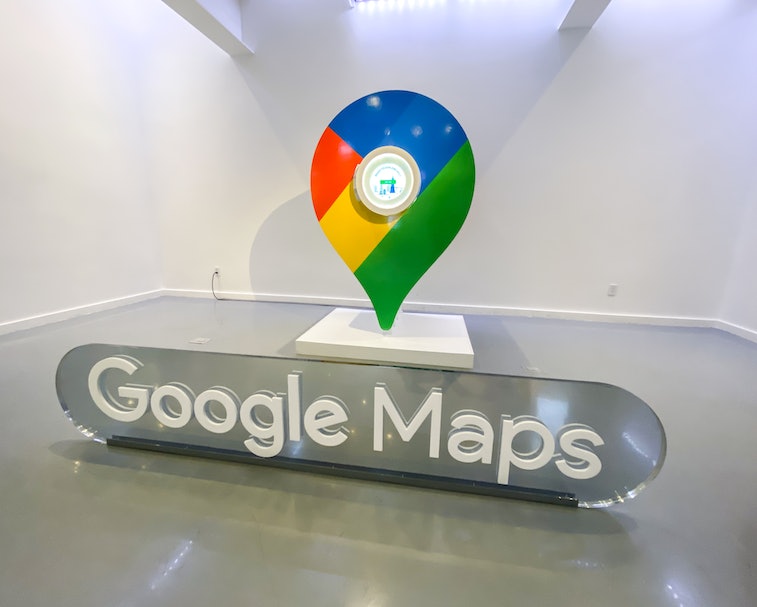 Google Maps has a new look on iOS and Android today to celebrate turning 15 on February 8. The app icon is all-new — a less playful icon with a multi-colored location pin, set on a white background — and many features that were previously hidden within the hamburger menu have moved into front-and-center tabs along the bottom. There are also several new features that integrate shopping, reservations, and Google Lens, and Google Translate.

Google says the Maps app redesign makes it more useful — to help people better plan their trips — but as I was briefly walked through each of the new features, I couldn't shake the fact that the app is still doing too much. Instead of trimming the fat, Google is doubling down with more features. Maybe it's time Maps went on a diet.

Utility is good. Google has always been stronger at rolling out useful features than making software good-looking. But too many features at the expense of functional design is a big loss for users who have no choice but to accept a poorer experience. I'm not saying the new Google Maps app is bad, I'm just saying it still feels bloated because Google has integrated so many of its other services into it and may never return back to a simple maps app. Simplicity is arguably better.

New navigation bar — The first change you'll see is the navigation bar at the bottom of the app. There are now five sections instead of three previous three: Explore, Commute, Saved, Contribute, and Updates.

Explore and Commute work the same as before, showing nearby places to discover and real-time navigation for your commute. The previous For You tab has been replaced with Saved, Contribute and Updates. Saved displays your lists (public and private); Google says Maps users have saved 6.5 billion places using lists in Maps and moving them to a more visible place in the app makes them easier to access.

The Contribute tab encourages users to help improve mapping information and share reviews and photos for places like businesses and restaurants. And the Updates section displays popular locations and businesses from independent users and publishers.

I appreciate when apps are revamped so that you can get to things in fewer taps, but I personally don't have time (or interest) to contribute reviews and photos so the Contribute tab is kind of wasted on me. But if you're into it, more power to you.

More travel info — Besides the reorganizing of old features, there are several new ones that are handy for people who use mass transit. There's temperature info for buses and trains (is your ride going to be cold and you should bundle up or too warm and you should leave your jacket at home?), information on if whether there's a women's section/carriage on certain transportation, information about whether transit has a security guard or cameras, and more accessibility information for people with special needs. In Japan, the app will show the number of carriages available (good for snagging a seat).

Doing more within the app — We've all done it: bounce between apps. You find something on Maps and then go to Google or another app to book a restaurant reservation, or buy something, or translate text. All of these things can now be done within Google Maps.

Google demoed all of these features and they do seem to help shave off time spent hopping between apps. I'm not sure I love the shopping integration (i.e. search for "tents" and you can browse and buy a tent from REI right inside of Maps), but I am looking forward to the Google Lens and Google Translate additions. I can see both features being very useful for traveling using Lens' AI and machine learning to recognize places and things and Translate to translate foreign text (like on menus and signage).

Another neat feature: Maps can show gas stations and gallon prices while you're driving along your route.

Improved AR navigation — Live View uses augmented reality (AR) to give users walking navigation with giant arrows overlaid on top of the real world. Rolling out over the next few months, Live View will be updated to let users see the direction and distance of a place.

What about privacy? — Are all these in-app features convenient? 100 percent. Do you need all of them? Definitely not. And I bet most people won't use many of them. It'd be great if Google let people personalize the app with the features that they use most. Let us hide tabs we don't use and "pin" or create tabs for the ones we do use. Now, there's an idea: customizable app menus!

And about your privacy? Ah, that's the price you pay for convenience when you get in bed with Google and give it even more access to your data. When asked if Google is sharing user information with, say, businesses and restaurants or advertisers, the company hedged and said some data was being shared. How much or specifically what? That's for Google to know and you to decide if it's worth the convenience or not.

Google CEO Sundar Pichai said in an op-ed in The New York Times last year that "privacy cannot be a luxury good." There's no better way to show you mean it than by making it a tentpole in updates to services. To be fair, Google has taken steps to include more and better privacy settings in its products and services. But it's trickier said than done. Google makes most of its revenue from advertising. Integrating features like shopping directly into Google Maps serves the money-printing machine. Withholding data from its partners who are thirsty for ways to better target users might not appease them, but Google's not gonna kneecap itself.

The best way to not hand out your data: don't use the features you don't care about. Advertisers can't know you love spaghetti without pesto if you don't tell them you do.