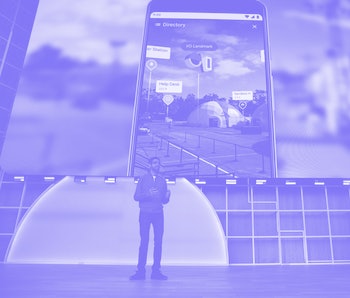 Google's I/O developer conference has official dates. The event will take place on May 12 to 14 at the Shoreline Amphitheatre in Mountain View, California. Google CEO Sundar Pichai tweeted out the dates.

What to expect — Although I/O is a developer conference, with many of its sessions set up to inform software engineers and designers about changes to existing frameworks for platforms like Android and Chrome OS, Google also announces new tools and products as well.

Last year, Google announced the budget Pixel 3a and 3a XL, which went on to help double Pixel phone sales. Google also showed off the Stadia controller, Nest Hub Max, and touted several new software features for Android 10 like dark mode and augmented reality navigation for Google Maps. It's rumored Pixel 4a phones might be unveiled at I/O this year. Updates on its many software platforms are likely on deck as well.

Google will likely share a roadmap for Stadia in the upcoming year and beyond. Details on Android 11 are a no-brainer, too. And expect the company to provide better frameworks when it comes to developing for foldable phones — this year there will be many like the Motorola Razr launching on February 6 and Samsung's rumored "Galaxy Z Flip" expected to be announced on February 11.