GM and Honda are partnering to create affordable EVs in 2027 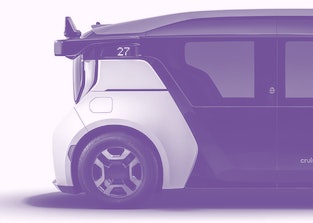 The new cars will be cheaper than the upcoming $30K Chevrolet Equinox EV.

Honda and GM announced today that they’re partnering to develop a series of affordable electric vehicles, starting in 2027.

The two companies will make cars “based on a new global architecture using next-generation Ultium battery technology,” according to GM’s release. GM first introduced its Ultium battery platform in 2020.

Price — GM and Honda’s new series of cars will be priced affordably, starting “at a price point lower than the upcoming Chevrolet Equinox EV,” according to one of GM’s executive vice presidents, Douglas Parks. Since the new Equinox is supposed to start around $30,000, that means Honda and GM’s EVs could dramatically undercut their competition.

The company didn’t detail any designs or names for the new cars, but did mention they’ll include compact crossovers. As part of this new deal, GM and Honda also plan on sharing in-development battery technology that both companies are researching.

We’ll have to wait until closer to 2027 to see what these new EVs actually look like, but there are already hints of what the two companies are capable of together.

Old friends — The automakers have a “past,” if you will. Honda is an investor in Cruise, GM’s autonomous vehicle subsidiary, and helped develop the Cruise Origin, GM’s first electric autonomous vehicle. In 2020, the companies announced a partnership for two Honda-designed, GM-manufactured EVs, the forthcoming Honda Prologue and Acura SUV.

The cars will carry Honda’s name but be made in GM’s North American factories using the company’s battery platform. It seems like Honda and GM’s 2027 plans are a natural extension of that previous deal, and could ultimately work in a similar way.