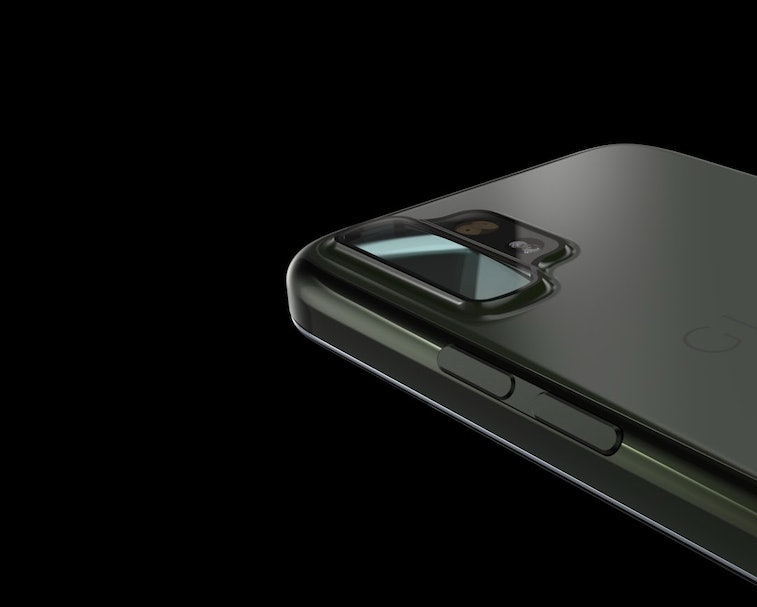 Glass may be making DSLRs obsolete with its new technology for smartphone cameras. The startup is working to improve smartphone cameras using anamorphic lenses and deep neural networks that would essentially give them image quality that rivals DSLRs.

Smartphone cameras have come a long way, now offering high megapixel counts and impressive software like portrait mode, but the images you snap with a smartphone still feel like they don’t quite match the level of detail and crispness that you see with images from a DSLR. Glass is trying to offer the next step in that evolution, marrying the portability of smartphone cameras with better image quality found in DSLRs.

Glass’ co-founder and CEO Ziv Attar, spoke to TechCrunch about how the technology works. Along with Attar, Glass’ other co-founder and CTO Tom Bishop took their experiences from working on iPhone’s portrait mode and other computational photography methods and applied it to Glass.

Larger sensor — According to Glass, their formula for an improved smartphone camera involves better optics, a CMOS-size sensor and neural networks, which when combined, offer an image that looks like it was taken by a DSLR.

“We managed to fit huge CMOS sensors that collect around 9x more light than traditional designs,” Attar said in a press release. Glass told TechCrunch that it’s also using anamorphic lenses, which was first seen with filmmaking in the ‘20s and provides for greater detail. On top of that, Glass is using artificial intelligence that helps achieve the bokeh effect and also corrects distortions and aberrations to improve smartphone image quality tenfold, Attar said.

There are some downsides to Glass’ methods, namely that it won’t be able to be able to leverage optical zoom — instead, the Glass smartphone camera will use digital zoom. Attar told TechCrunch that digital zoom on a Glass phone will still perform better due to the higher baseline of light and pixels that the larger Glass sensor would provide.

Remaining days for DSLR — The TechCrunch report said that Glass has gone from standalone prototypes to a third-generation phone factor device to show how the Glass tech could fit into any phone, but there’s no specific details on when the new smartphone camera system would hit the market.

Attar only hinted to TechCrunch that it would take a year-and-a-half to two years to get it to market even if they were to get a deal with a major smartphone company right now. So at least for now, we’re still stuck having to choose between smartphone portability or DSLR quality.