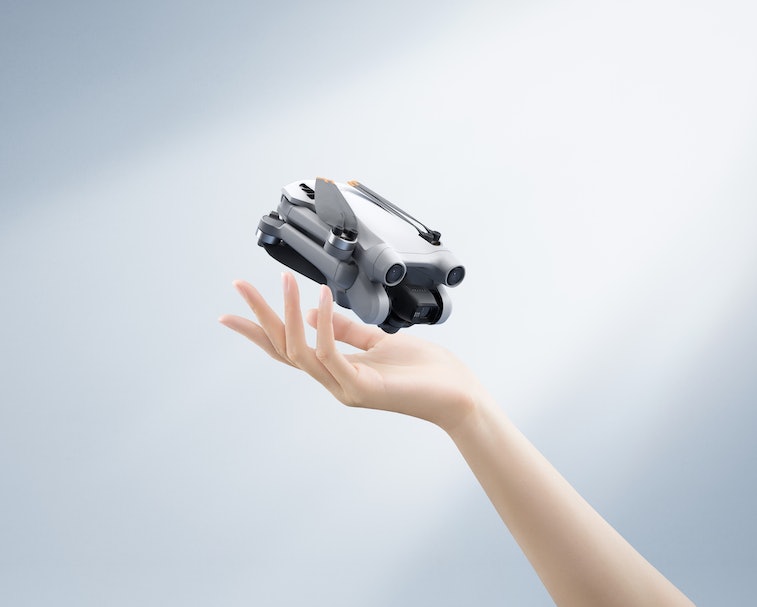 The Mini 3 Pro could be the best bang-for-your-buck drone we’ve seen from DJI yet. The drone maker finally announced its highly-anticipated Mini 3 Pro drone that combines a lightweight build with a ton of features and an impressive battery life.

We’ve had a good sense of the new drone’s major features, like obstacle avoidance sensors and improved battery life following some leaks of the Mini 3 Pro last month. The leaks kept on coming, with the most recent being an unboxing video uploaded by DM Productions that showed off the actual unit and its accessories.

Even with all the features, we can’t forget that the Mini 3 Pro is under 249 grams, which is the sweet spot where drones don’t have to be registered with the FAA. DJI kept its new Mini 3 Pro just as compact as its predecessors, but still packed a bunch of new features into it. The Mini 3 Pro even has obstacle avoidance and MasterShots, one of my favorite features from the more premium Mavic 3 that I reviewed.

Full of features — Most importantly, DJI incorporated tri-directional obstacle sensing into the Mini 3 Pro, making it the first Mini model with obstacle avoidance. The forward, backward, and downward sensors give the drone the ability to automatically find a safer path around obstacles when flying.

There are also a bunch of FocusTrack features on the Mini 3 Pro, including ActiveTrack 4.0 in two different modes; Trace where the drone follows at a constant distance; and Parallel where the drone’s path keeps it next to the subject. The previous Mini 2 drone had the QuickShots modes, but DJI added MasterShots to the Mini 3 Pro where you send the drone on a two-minute flight of varying shots that are then automatically edited.

The Mini 3 Pro also has a redesigned gimbal that can rotate 90 degrees to offer portrait orientation shots that are suited for social media posts. The Mini 3 Pro’s battery life has been extended to 34 minutes, but there’s also an extended flight battery option that gives a max flight time of 47 minutes. As for the image and video quality, the DJI Mini Pro 3 can shoot 48-megapixel photos and up to 4K 60 fps video.

Totally worth it — Alongside the new Mini model, DJI designed a new remote controller called the DJI RC. The new lightweight controller has a 5.5-inch built-in touchscreen, so you no longer need to attach your smartphone as with the previous DJI controller.

The Mini 3 Pro is available for pre-order on DJI’s website and with some retailers. If you already have a previous DJI controller, the drone by itself costs $669, which is a really attractive price point for a mini drone with so many features. If you do need an RC, the Mini 3 Pro package with the old remote controller goes for $759, while the option with the new DJI RC goes for $909.

The Mini 2 was already a solid offering, but it was really missing the stellar obstacle avoidance we saw with the Mavic 3. Now that the Mini 3 Pro has that and much more, the new DJI drone looks like the pick for beginners as well as pros who are looking for a more lightweight option.