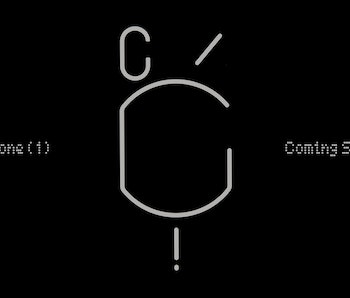 Well, all the rumors and speculation turned out to be true: Nothing is working on a smartphone.

The company revealed the first few details of its new Android phone, called Phone (1), at its “The Truth” keynote today, an event it's been cryptically teasing for weeks. The most important piece of information? Phone (1) is launching this summer.

The Basics — Nothing declined to share actual photos of its new phone’s hardware to press, instead offering a simple black and white teaser image it says offers “clues” as to what Phone (1) will look like when it’s released.

We’ve embedded the image below, other than vague outlines of where cameras could possibly go, your guess is as good as mine:

Nothing did provide some more practical information, as well. Phone (1) will be powered by a Qualcomm Snapdragon chip as part of Nothing’s partnership with the manufacturer. The Snapdragon 8 Gen 1 is the current chip of choice, and I wouldn’t be too surprised if it shows up here if Nothing is trying to sell a high-end smartphone.

Nothing OS — Screenshots of an early version of Nothing OS — the company’s spin on Android it’s bringing to Phone (1) — offer more clues. There’s a reference to an always-on display, which suggests Phone (1) could use some kind of OLED screen. The design elements sprinkled throughout call to mind Nothing’s first product, the Ear (1) wireless headphones, which featured a see-through casing with dot-matrix-inspired print throughout.

It also shares some unmistakable similarities with design firm Teenage Engineering’s general aesthetic. The company signed on as one of Nothing’s founding partners before the launch of the Ear (1)’s.

The sample home screen Nothing shared seems to leave a surprising amount of Android intact, but there’s a good possibility the final version of Nothing OS is even more comprehensive. A screenshot of a Nothing OS-skinned Recorder app looks dramatically different from stock Android.

Nothing says a preview version of Nothing OS will be available in April via a downloadable launcher for “select phones.”

Price and other features — When he was working at OnePlus, Nothing CEO Carl Pei generally believed having top-of-the-line specs wasn’t always the most important target for the company hit.

“Most consumers are not going to be able to tell the difference between a 90Hz display or a 60Hz one, or OLED or LCD. They don’t really know what optimisations we’ve done on the software,” Pei told Wired in 2020. “Consumers like really glitzy things they can quickly understand.”

Arguably, Nothing’s hype-based approach has continued to reflect that philosophy. The company’s rigorous branding and marketing teases are all about selling a slick reality and then having hardware meet somewhere in the middle. So far, with serviceable features at a great price, if the $99 Ear (1)’s are any indication.

The company hasn’t shared pricing or any other details about the Phone (1), but maybe the same logic applies. Maybe Nothing’s first phone isn’t competing with the high-end iPhone 13 Pros of the world and is instead taking on the affordable Samsung A53 5Gs.

We’ll have to wait for this summer to say for sure. Nothing says it will have more to share over the next few months in the lead-up to Phone (1)’s launch.