Bose is going to have to make big changes to survive 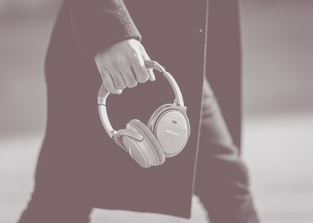 How many products Bose has in Amazon's top 100 electronics.

Yesterday Bose announced it’s closing almost 120 of its retail outlets in North America, Europe, Japan, and Australia, citing the rise of e-commerce. Today, a story from Thinknum suggests if the company is going to successfully thrive online, it’s going to have to make some changes.

In its analysis of publicly available Bose-related data, Thinknum found the audio brand has a hard time standing out on Amazon and has plateaued — and even declined — on some Facebook metrics. Those are both poor portends for a company that for a long time has relied on people being able to touch and test its wares in person before buying them.

Bose has performed better on Twitter, where its follower count continues to grow, albeit slowly, but hiring at the company has slowed over the last year, even allowing for the drop-off in retail-related hires.

But Sony’s WH-1000XM3s outperform the QCs on the stamina front and, by many accounts in terms of ANC. Consumers are also now spoilt for choice, with Sennheiser, Apple, Samsung, Parrot, B&O and others all offering compelling alternatives.

An image problem — Another obstacle Bose will have to overcome is user perception that it’s a brand for businessmen. Despite making excellent products, the company lacks the sort of street cred rivals like Beats and Sony enjoy. If it hopes to win the hearts, minds, and dollars of online-first consumers, it’s going to have to fix that.