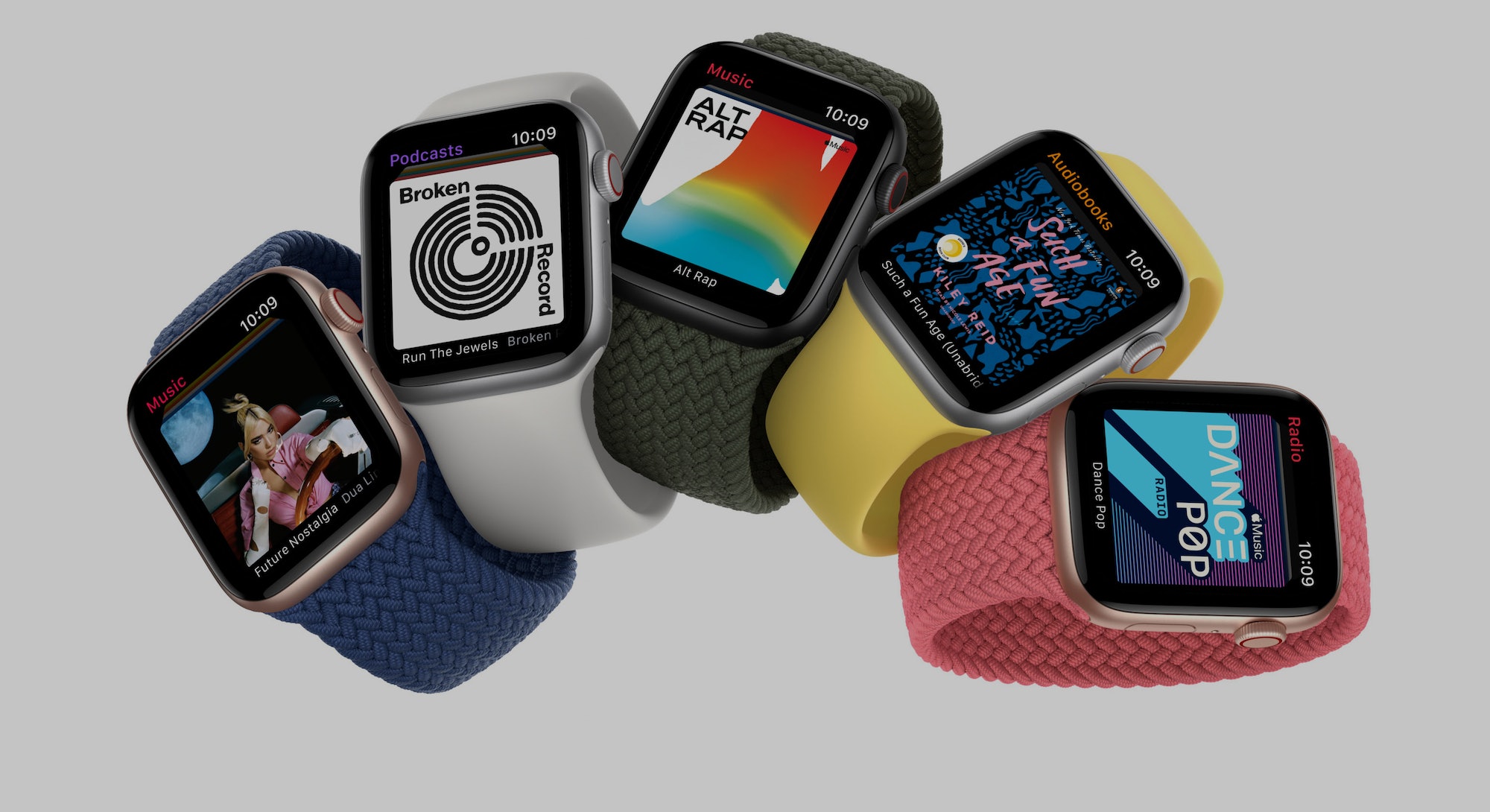 The dust has settled and we've all had a little bit of time to take in the new Apple Watches, iPads, and Apple One services bundles Apple just dumped on everyone.

The biggest announcement is arguably the Apple Watch Series 6. Apple made a big show of the smartwatch's new colors, new straps, and new 2x brighter display for better visibility in direct sunlight. Series 6 also comes with a blood oxygen monitor — yet another way to help monitor your health. Like the Apple Watch's heart-monitoring features, the blood oxygen monitor could help detect early signs of illnesses.

It's a good update, but the most underrated announcement is easily the Apple Watch SE. At $279, you're getting a smartwatch that's mostly the Series 5, which started at $399 last year, for $120 off. And it comes with a few of the Series 6's features like the altimeter.

It's Apple's most aggressive attack on its competitors. Apple isn't just throwing a few light jabs and punches at its rivals anymore. With the Apple Watch SE, Apple just roundhouse kicked the living daylights out of Wear OS and Samsung's Tizen-based smartwatches.

I've made it no secret that I love my Apple Watch. Obsessed even. I bought the original and then the Series 4, which I am wearing on my wrist right now (oh look, it says my heart rate is up!). I struck a chord last month when I detailed how the Apple Watch has become my secret weapon to surviving the pandemic.

But the Apple Watch is still an expensive device, especially if you want the latest and greatest. The Series 6 starts at $399 for a 40mm model with GPS and $499 for the 44mm model with GPS + Cellular. In five years, the entry to Apple Watch ownership has plummeted significantly.

More affordable than ever

This aggressive pricing isn't merely attractive for first-time Apple Watch buyers. I predict the Apple Watch SE is going to convert many iPhone families into Apple Watch families too. Maybe before, parents treated themselves to an Apple Watch. But I think we're going to see more kids and seniors wearing the Series 3 and SE, respectively. I, personally, have been wanting to get my retirement-age parents Apple Watches since the Series 4, for the fall detection and irregular heart notifications, but I admit the pricing would have set me back.

A look at the Apple Watch SE shows it's plenty capable. It can be confusing to compare features — thank god for Apple's handy comparison chart — but the Apple Watch SE is basically a mashup of the Series 4, 5, and 6. It comes in either 40mm or 44mm and only in aluminum, so if you want stainless steel you're going to have to step up to the Series 6. The display is taken from the Series 4 so there's no always-on clock like the Series 5 and 6. But as the owner of a Series 4, I don't find not having the time a deal-breaker. It's convenient for sure, but not having the always-on clock doesn't impact the smartwatch's value in holding me accountable during a day.

The SE is also missing the ability to take an ECG and it has the Series 5's S5 chip. However, it does include include the Series 6's always-on altimeter, compass, new watch faces, as well as other essential health features like irregular heart rhythm notifications, sleep tracking, fall detection, auto handwashing detection, period tracking, etc. Not to mention, all of the Series 6's new fitness tracking features.

Even with some features cut, the Apple Watch SE is still light-years ahead of the competition.

Even with some features cut, the Apple Watch SE is still light-years ahead of the competition. Can any Wear OS by Google smartwatch even come close to matching the Apple Watch SE? Nope. The majority of new models are still powered by Qualcomm chips from years ago and even the latest ones can't compare to Apple's last-gen wearable silicon. Like the iPhone and iPad, it's a real testament to Apple's investment in its own custom-designed silicon. The performance and energy efficiency is so far ahead of everybody else. That extends to the features, too. Show me a smartwatch at $279 that can deliver the same well-rounded features the SE does.

You can find Android-based smartwatches at the SE's price point — nobody is disputing that. But it ain't an Apple Watch. It's often not even half an Apple Watch in terms of features. As with the iPhone, iPad, and AirPods, and MacBooks, the Apple Watch is the gold standard for its product category. It's either an Apple Watch or not.

The only reason anyone who wants a smartwatch, and wants it to be the Apple Watch but won't convert, is if they can't completely divorce from their Android phone. You need an iPhone to setup an Apple Watch and get the most out of it. But even then, with Family Setup, Apple is making it easier for family members without iPhones to get an Apple Watch.

From a value perspective, you could get an Apple Watch SE and an iPhone SE for $680. That's less than the iPhone 11 on its own. If you're a parent, the value proposition for kids and seniors is obvious. More so if you get a Series 3 instead of an SE.

If you've been keeping up with smartwatches the last few years, you already know that Wear OS's only real advantage has been affordability; Google has all but let its smartwatch platform die. But now that Apple is competing so aggressively on price, they're all even more screwed. It's hard to imagine Wear OS ever recovering — kind of like how the iPad destroyed Android tablets. Wear OS will be obliterated soon enough with the arrival of the Apple Watch SE. A few years ago, there was a weak case to be made for Android users to switch to iPhone for the Apple Watch. Not anymore.

And what about Fitbit? According to Canalys, Fitbit is the second-most popular brand of smartwatches/fitness wearables in North America. But why would anyone buy a Fitbit Versa 3 when you can get an Apple Watch SE for only $50 more? The price difference is trivial at the end of the day and Fitbit has everything to lose when the SE puts the squeeze on it. Whatever price advantage Fitbit enjoys now is about to be erased or narrowed significantly.

The only force I see competing against Apple is a combined one. Good thing Google bought Fitbit last year. But the fruits of their partnership won't bear fruit until the acquisition closes. Who knows? Maybe Fitbit will be just the injection Google needs to revive its fledgling smartwatch platform. But that won't be for a few years and by then, the Apple Watch will likely have an even wider lead.