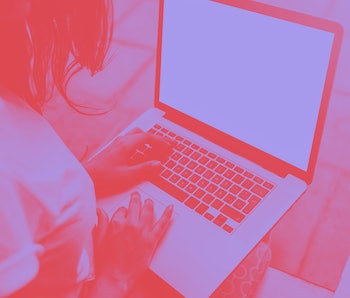 Apple may be gearing up to switch the Mac lineup to ARM-based processors as early as 2021, according to an analyst note released Thursday. The note, from well-known Apple analyst Ming-Chi Kuo, also claims the company could bring USB4 support to the lineup as early as 2022.

The note, seen by MacRumors, suggests the company has no plans to wait around to move away from Intel-produced processors. Instead of gradually adding the chip into entry-level MacBooks and maintaining two processor architectures, like the Microsoft Surface range, Kuo suggests Apple will release several laptops and desktops in 2021 sporting ARM-based chips. These would be custom-designed, similar to the company's approach with the iPhone and iPad.

The move could bring major benefits to the Mac lineup. As the note explains, Apple could reduce the cost of processors by 40 to 60 percent. It would also create clearer differences between Macs and Windows-based PCs.

Apple would also no longer have to work to Intel's release cycles to update its computers. This has caused issues before, like when MacBook buyers had to wait for 10-nanometer "Cannon Lake" processors to launch if they wanted a machine with 32 gigabytes of memory.

Similar issues pushed Apple to switch processor architecture before. The Mac has switched architecture twice since its launch in 1984. The company moved from Motorola chips to IBM PowerPC chips in 1994, when the latter seemed to have a more promising future. Apple again moved from PowerPC to Intel in 2005 as issues like 3GHz G5 delays started to hamper the Mac. Steve Jobs suggested in 1988 that system architectures have around a 10-year lifespan, which would mean a switch is actually somewhat overdue.

The other piece of the puzzle is Apple's switch to USB4. Kuo claims ASMedia Technology will be the sole supplier of USB controllers for these new ARM-based computers. This new version of USB offers the option of Thunderbolt 3 without the associated manufacturer royalties. This could enable more manufacturers to produce peripherals with the high transfer speeds associated with Thunderbolt.

Kuo has previously suggested the first ARM Mac could launch as early as this year, meaning these changes could arrive fast. The Mac may seem outdated in the face of more eye-catching iPad hardware, but its best days may be still to come.