Apple won't let you stock up on iPhones anymore 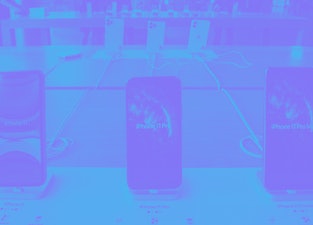 Bad news for any parasites looking to Apple as a source of profit during the coronavirus outbreak: iPhone sales are now limited to just two of any model. The policy change was first discovered by Reuters and marks the first time Apple has made sales limitations since 2007 when the first iPhone was released.

Apple has closed all of its retail stores outside of China until at least March 27. Outposts in China have now reopened, as well as many of the company's suppliers. Still, a blow was made to the supply chain, allowing opportunities for people to resell for higher prices on the grey market.

"This happened in the past in Asia when there is a new iPhone launch and scalpers saw an opportunity to sell to mainland China, where the new phones were harder to buy at the time," said Nicole Peng, a smartphone researcher for Canalys. "Now that stores all over the world are closed, online scalpers see a similar opportunity."

What countries are affected? — Customers in mainland China, Hong Kong, Taiwan, and Singapore will see a message above iPhone listings informing them of the two-device limit. No such message seems to appear in the U.S., but the drop down menu in cart doesn't give the option to add more than two devices. Reuters found this functional restriction in several other countries as well.

What else is Apple doing? — Interest charges for Apple Cards have been waived for the month of March, and the company's return policy has been extended in wake of the store closures. If the normal 14 day window expires before March 28, customers will have an additional 14 days to make any returns.

Apple's hourly employees won't be screwed by the closings, as they'll continue to be paid. Leave policies have also been expanded to include caring for a "loved one," mandatory quarantining, or "childcare challenges" caused by the pandemic.