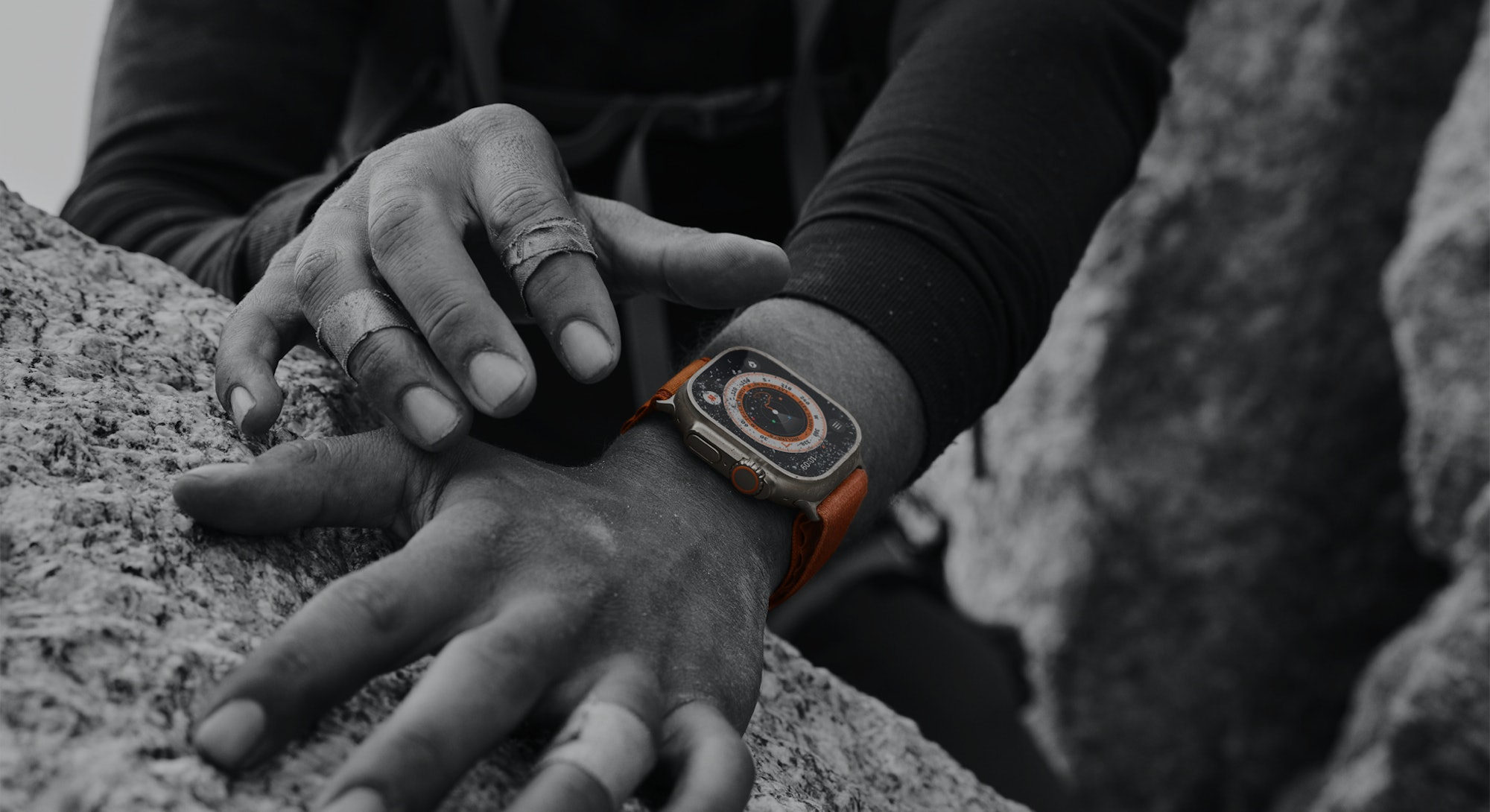 The original vision of the smartwatch — as a tiny standalone communicator and Dick Tracy accessory — is finally rearing its head again with the new Apple Watch Ultra.

Apple’s new $799 premium smartwatch is directly targeted at athletes and “adventurers.” The kind of people who might feel more comfortable spending extra on a chunky Garmin that will track their hikes, trail runs, and cycling trips. But in the process of being that rugged all-day and all-terrain device, it’s also the Apple Watch that gets the closest to the company’s original vision for its smartwatch — something that’s a bit more standalone, and a bit more useful than the fitness-tracking notification machine the Apple Watch we know and love came to be.

Apple introduced the first Apple Watch — for our purposes let’s call it Series 0 — with all of the fanfare of its other “revolutionary” products. The device did fitness tracking, offered all of the communication features of the iPhone, and acted as an interface for Siri, and that’s not even counting the additional app interfaces developers could create for it.

Most importantly it was more or less a replacement for the iPhone, if not in connectivity (the original Apple Watch connected over Bluetooth and Wi-Fi) than in features. Anything you’d want to do on your iPhone should ideally be done on the Apple Watch more quickly, and with fewer distractions, so you can get back to living your life instead of getting lost in your phone.

In practice, that didn’t exactly work out as planned, and the Apple Watch wasn’t the “iPhone killer” many imagined it would be, even if it did make good on being more “human” and “in the moment” in the way that Apple vice president of technology Kevin Lynch told Wired it would before it launched.

Apple continued to refine its smartwatch over the years, adding features like cellular connectivity, a much more simple, streamlined watchOS interface that de-emphasized the honeycomb app home screen — and eventually a dedicated App Store app. But even with those changes, the Apple Watch of the 2020s is decidedly an accessory to your iPhone, rather than its intermediary — or on a good day, its replacement. It’s a darn good accessory — especially for fitness — mind you, but it’s not quite the revolution Apple imagined.

The Apple Watch Ultra changes the formula because it’s better able to stand on its own. The easiest example to point to is that the smartwatch ships with a cellular radio by default, instead of offering connectivity as a $100 upgrade. For the $799 base price of the Ultra, you’re getting the ability to connect to the carrier of your choice and use your Apple Watch without being tethered to your iPhone (assuming you pay for data). That means the Apple Watch Ultra is more expensive overall, yes, but it also means Apple is thinking about it differently.

Longer lasting — The improved battery life is another plus. The Apple Watch Ultra will last up to 36 hours with average use, according to Apple, with the option to go a full 60 hours between charges thanks to a new low-power mode in watchOS 9. Obviously, the number will need to be tested, and will most likely vary (the new dual-frequency GPS on the Ultra will probably be a power suck). But if those numbers hold up, that’s a significant amount of time to be away from your phone.

Complications and customizations — Besides the new low-power mode watchOS 9 will enable, Apple’s smartwatch operating system update seems to be all about fitness improvements and bulking up the interface. Notifications in watchOS 9 behave a lot more as they do on the iPhone, acting more like drop-down bubbles than fullscreen alerts. Apple is also making more Apple Watch apps fully featured — you’ll be able to make calendar events, for example. One imagines other apps will get the same treatment down the road.

The Ultra itself is customizable beyond its straps, too. The watch comes with an orange “Action Button” you can set to do a variety of functions on the Apple Watch, from dropping a compass waypoint to starting a set workout. Probably one of the more prominent examples of hardware customization Apple offers.

As a Garmin competitor, the Apple Watch Ultra is for a very specific audience, but it's the first sign Apple is returning to the idea that its smartwatch should be able to do more than just track your vitals and display information from your iPhone. It might not be able to be set up without an iPhone or be its complete replacement yet, but it’s one step closer and on its way to doing a lot more.