The Apple Watch Series 7 comes out on October 15 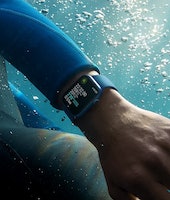 This just in: Pre-orders for the Apple Watch Series 7 start this Friday, October 8 at 5 a.m. PT / 8 a.m. ET. and arrive for launch on October 15. The smartwatch will also be available in stores next Friday.

What’s new? — In case you’ve been living under a rock and missed the news on the Apple Watch Series 7... here’s a quick refresher.

There’s no straight-edge redesign as several prominent leakers and Apple beat reporters claimed, but Series 7 still has some notable upgrades, especially if you’ve got an Apple Watch that’s older than the Series 6 or you’re new to the smartwatch.

Pricing starts at $399 — The Apple Watch Series 7 starts at $399 for the 41mm model in aluminum finish. Stainless steel and titanium will cost extra; Apple hasn’t revealed pricing for them yet.

The competition — Even without a redesign or new sensors, the Apple Watch Series 7 looks to remain the best smartwatch for the foreseeable future. The Android camp simply hasn’t come up with a smartwatch that’s nearly as good.

Samsung’s Galaxy Smartwatch 4 and 4 Classic might be the closest the Series 7 has to a competitor. And, maybe the Fossil Gen 6. But other than those two, it’s slim pickings out there for Wear OS smartwatches. Google is rumored to be working on a “Pixel watch” that leverages Fitbit technology, but it’s unclear if that will materialize this year alongside the Pixel 6 and 6 Pro that are expected sometime this month.