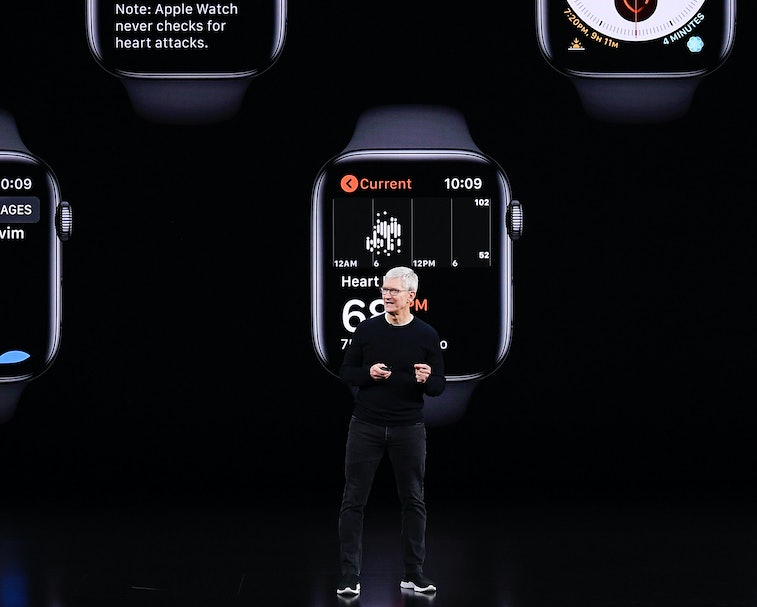 The Apple Watch Series 6 will reportedly come with an upgraded sensor suite that brings blood oxygen detection and an improved ECG to the device. That's according to 9to5Mac, after digging into the iOS 14 code snippets.

Old tech unleashed — The Apple Watch has reportedly had the technology to monitor blood oxygen since the very beginning, but the feature has never launched. Once rolled out, the Apple Watch will be able to detect low blood oxygen saturation and trigger an alert. Healthy blood oxygen levels are considered between 95 and 100 percent. Anything below 90 percent is called hypoxemia, and dropping below 80 percent can compromise the functionality of the heart and brain.

For now, it's unclear if the new feature will require Series 6 hardware or will work with any watchOS 7-compatible device.

Fixing the ECG — Both the Apple Watch Series 4 and 5 found inconclusive ECG readings with heart rates between 100 and 120 beats per minute, a flaw the upgraded ECG will address. Again it's unclear if that'll be via new hardware or a simple software update.

Last year, a study by the New England Journal of Medicine found that the Apple Watch is often incapable of detecting irregular heartbeats known as atrial fibrillation (AFib), even when heart rates exceed 120 bpm. That threshold is particularly worrisome because a third of AFib patients have a heart rate exceeding 120 bpm. Over all, the Apple Watch is unable to alert users in 30 to 60 percent of cases.

Keep your eyes on September — Every Apple Watch from Series 1 onward has released in September, so we can expect an official announcement to come that month during the Apple Special Event.