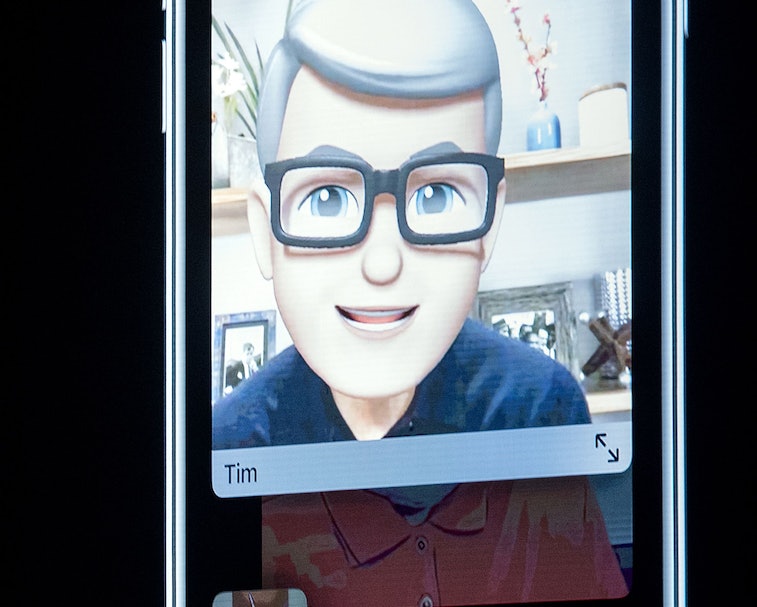 Apple has announced its annual Worldwide Developers Conference (WWDC) will still happen this year, albeit entirely virtually, as expected. The event will be orchestrated using the Apple Developer app and website and will be free to all developers. WWDC is also traditionally used to announce new hardware products, too. Apple unveiled the updated MacBook 13-inch this week, but we're still expecting to see its Tile-like trackers, AirTags, the HomePod Mini, over-ear headphones, and possibly even ARM-powered MacBooks.

Will Apple use its own Memoji for its speakers? Or will it do super awkward live broadcasts from an empty auditorium as Sony did for its most recent PlayStation 5 update? We'll know next month when the multi-day event kicks off. We're really hoping it goes with the Memojis, though. What better way to host a virtual event than with virtual hosts?

Seriously, though, it's not inconceivable. Back in 2018, as Business Insider reported, Apple temporarily changed all of its executive headshots on its website to Memojis, and it's trotted them out in keynotes before. So we know they're ready to go. Of course, there'll be some notable absences from the list below: both Angela Ahrendts and Jony Ive have since left Apple.

Coding challenge — Apple will also be hosting a coding competition for student developers during WWDC20 called the Swift Student Challenge that'll see students creating their own wares in Swift Playgrounds, Apple's teach-yourself-Swift app for iPad and Macs. The winning contributions will win exclusive Apple swag, along with bragging rights, of course.

Program information, schedules, and live streams will all be shared using the Apple Developer app, and Apple's senior VP for worldwide marketing, Phil Schiller, says the company will share more information about event specifics nearer the time. Schiller says the move to a digital-only event was unavoidable considering "the current health situation."

Apple has also announced it's donating $1 million to organizations in San Jose, where WWDC is usually held, to help compensate for the unavoidable loss of revenue moving the event online has prompted.

Virtual is the new actual — At least Apple is still having an event. Google, meanwhile, has canceled its annual I/O conference entirely. Other events that have been canned included Facebook's F8, gaming conference E3, SXSW, and the Geneva Motor Show. Many developers must be pleased WWDC is still happening at all. Of course, it's as crucial for Apple as it is for developers, so it's no wonder it's made a plan. And if any company can find a way to make a virtual event exciting, it's going to be Apple.