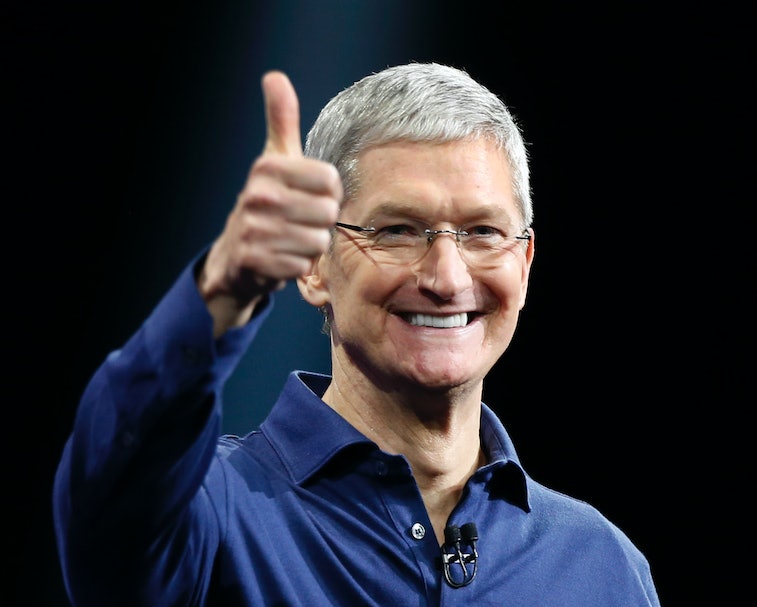 Technically, summer doesn't officially end until September 22. But fall may as well be here because Apple just announced a "Time Flies" event taking place next week on September 15 at 10 a.m. PT / 1 p.m. ET.

In any normal year, Apple's big fall event, headlined by new iPhones, would be held in person with media and influencers flying into the Steve Jobs Theater at Apple Park to get a first look at all the goodies. But since it's still 2020 and we're still in a pandemic, this year's event is virtual (sigh).

See that squiggly Apple logo? There's more to meets the eye. It's also a hidden AR object. If you have iOS 14 (developer or public beta) installed, you can tap it and it'll reveal an AR version of the logo that morphs into "9.15" which is the date of the event. The feature doesn't work on iOS 13.

Or, maybe it's a hint at Apple Pencil support on iPhone? Could be!

New Apple Watch and iPad Air 4? — The squiggly logo and the "Time Flies" tagline suggest next week's event could be for new Apple Watches and a new iPad. Maybe the iPad Air 4 that leaked out a few weeks ago.

How late is unclear. Rumors suggest the "iPhone 12" and "12 Pro" (as they're currently dubbed) will release in October and November, respectively. A little later than September, but just in time for the holidays. Trade publication DigiTimes, which has a mixed track record, said in its latest report that it believes Apple will ship the 6.1-inch iPhone 12 and 12 Pro first, followed by the 5.4-inch 12 and 6.7-inch 12 Pro a few weeks afterward.

The rumors so far — All four iPhones this year are rumored to come with OLED displays, 5G, and redesigned bodies similar to the iPhone 4/5. The regular "iPhone 12" is expected to come with dual cameras (main + ultra-wide) and the "iPhone 12 Pro" with triple cameras, a LiDAR scanner that may or may not be reserved only for the 12 Pro Max, and improved Face ID. Earlier rumors also hinted at the 120Hz refresh rate to match the latest Android phones like the Galaxy Note 20 Ultra and OnePlus 8 Pro, but that may not happen.

Hopefully, we'll see some big upgrades to the cameras as well. In May, we spoke with some of the biggest YouTubers, photographers, and filmmakers to get their thoughts on what they want to see Apple improve in the iPhone 12's camera systems. The answers we pretty unanimous: more resolution, improved image quality, better Night mode, and more video recording settings.