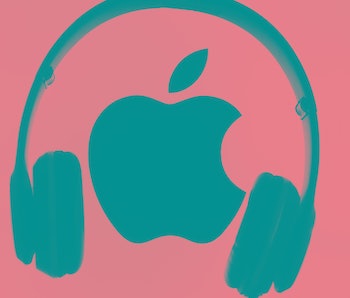 AirPods Studio, the rumored name for Apple's over-ear headphones, will include a number of sensors designed to bring some welcome quality-of-life improvements to the over-ear category.

A Monday report from 9to5Mac claims AirPods Studio, which could launch later this year, will offer sensors for two key areas. The first is head detection, which could tell when the headphones are on the neck of the wearer and keep the power on but pause playback temporarily, similar to how AirPods pause the music when one is taken out of the user's ear. The second will tell which way round the headphones are being worn and route audio accordingly, so left channel audio will always play through the left ear and vice versa.

Sensors aren't the only new benefits – The publication also claims that Apple will offer custom equalizer settings when paired with a Mac or iOS device, demonstrating the focus on professional users. The headphones will also feature transparency mode and active noise cancellation just like the AirPods Pro, which can let in or filter out surrounding noises respectively.

This is classic Apple – Sensors to detect a user's neck and ears may sound like overkill, but Apple has a habit of adding small sensors to make products easier to use. Apple's MacBooks with platter drives included a sudden motion sensor, essentially an accelerometer that detected when the computer was dropped and prepared the sensitive drives for impact. Developers were able to use the motion sensor for more interesting applications like tilt-powered Pac-Man.

Other sensors include the ambient light and proximity sensors on the original iPhone, used to adjust screen brightness and switch off the screen during calls. The 16-inch MacBook Pro released in late 2019 also sports a mysterious lid angle sensor, which has an as-yet unclear use.

AirPods Studio will round off the AirPods range – Apple's over-head headphones will likely round off the emerging AirPods lineup with a high-end offering. Prolific leaker Jon Prosser claimed last week the headphones, under the codename "B515," will retail for $349.

The original AirPods first shipped in December 2016 for $159. They were later upgraded to a second-generation model in March 2019 for the same price, or with a wireless charging case for $199. The AirPods Pro, released in October, sported a new in-ear design and noise cancellation. That Pro version of the form was priced at $249 at launch.

With the AirPods Studio, Apple looks set to add new sensors that could seem novel at first, but come to feel essential over time.