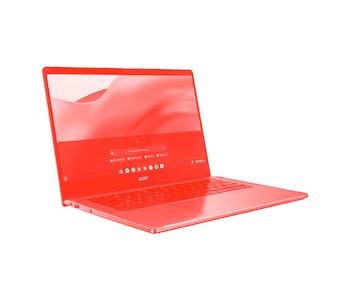 There’s a new Acer Chromebook Spin in town — the Spin 514 — and it’s packing some powerful chips. Launching today starting at $579.99, the laptop comes with multiple different AMD Ryzen 5000 C-series chips to choose from.

Chips and screens — The entry-level Spin 514 starts with an AMD Ryzen 3 5125C chip, 8GB of LPDDR4X SDRAM, and 128GB PCIe Gen 3 NVMe SSD. That’s a big step up from the MediaTek chips and meager RAM Acer’s current Spin 514 Chromebooks use.

It can all be upgraded to even more powerful internals too, like an AMD Ryzen 7 5825C or up to 16GB of dual-channel LPDDR4X SDRAM, if you’re willing to pay extra.

Besides the new, more powerful guts, the Spin 514 seems a lot like Acer’s previous touchscreen Chromebooks. The Spin 514 has a 14-inch, 16:9, Full HD touchscreen and the convertible design with a 360-degree hinge that’s been used on older models. A new “military-grade durability” chassis with aluminum tops and bottoms should mean the Spin lasts longer too.

Old series — The AMD Ryzen 5000 series chips based on the company’s “Zen 3” architecture aren’t the newest option Acer could have chosen to throw in a laptop — AMD announced the Ryzen 6000 series earlier this year — but that might not matter, especially since this C-series seems to be designed specifically for Chrome OS.

Chromebooks, even with support for Android apps, are still mostly used for browsing the web and running web apps, less complicated demands than the traditional laptop. Based on tests Chrome Unboxed was able to run on a pre-release Ryzen 5000 Chromebook, using these newer Ryzen chips made a big difference in terms of performance. They might become even more important if Steam support really takes off on Chrome OS.