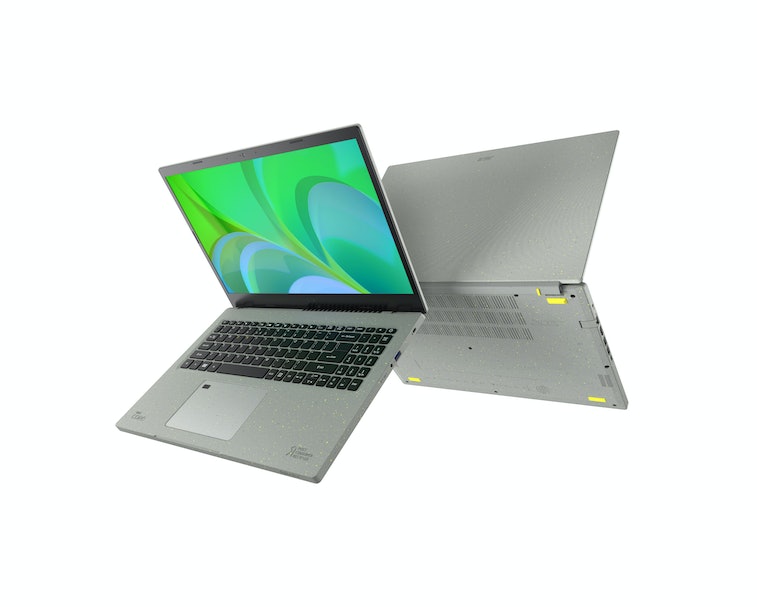 Just in time for the launch of Windows 11, Acer has announced three new laptops: the sustainable Aspire Vero, the stylish and powerful Swift 5, and the gaming-focused Nitro 5.

The Aspire Vero and Swift 5 will be available starting tomorrow; the Nitro 5 later this month in mid-October. With Windows 11 releasing tomorrow, these laptops will be one of the first laptops to ship with the new OS preinstalled.

Eco-friendly design — Out of the three laptops, it’s the Aspire Vero’s eco-friendly approach that caught my eye. Despite the industry’s slow embrace of sustainable manufacturing and packaging, things are moving in the right direction to save Earth.

More and more, we’re starting to see products like the Fairphone 4 and the Framework Laptop that are designed to be environmentally friendly by making the parts modular, thereby reducing waste. Startups alone can’t stop climate change, but if bigger companies like Acer with larger carbon footprints rally behind sustainability, an impact can be made.

The Aspire Vero doesn’t have a modular design like the products mentioned above, but it can be taken apart quite easily in case of upgrades or repairs. It has an EPEAT Silver certification ecolabel, which is handed out by the Global Electronics Council (GEC). A Silver certification means the product checks off all of the required EPEAT criteria plus 50 percent of the optional ones.

According to Acer, the packaging for the laptop is 100 percent recyclable, and the box is designed to be used as a laptop stand with multiple angles. The Aspire Vero comes with an optional software named VeroSense that cuts down on power consumption and extends battery life. The laptop’s chassis and keyboard caps are made from 30 percent and 50 percent PCR plastic, respectively, which reduces CO2 emissions and cuts down on producing new plastic. The gritty-looking laptop’s speckled casing is a far cry from the usual black or metallic chassis and a reminder that the product you’re using was thoughtfully produced.

Under the hood — What about the internals? Let’s face it: As altruistic as a sustainable laptop might be, it’s nothing but a conversation piece if it’s not performant. Good thing it is!

The Aspire Vero will be available tomorrow, October 5, for $899. A less powerful version with a Core i5 processor, 8GB of RAM, and 256GB of storage will be out later in October for $699.

Swift 5 and Nitro 5 — Let’s not forget Acer also announced the Swift 5 and Nitro 5, both of which are impressive in their own right. Starting with the Swift 5, the thin laptop only weighs 2.9 pounds since the chassis is made from magnesium-lithium and magnesium-aluminum. Acer says the display, frame, touchpad, and keyboard are antimicrobial — a nice add-on during these virulent times. The Swift 5 features a 14-inch touchscreen (1080p resolution) and narrow bezels. It’s powered by an 11th-gen Intel Core i7 processor and is rated for up to 17 hours of battery. The Swift 5 is also available starting tomorrow and starts at $1,099.

The Nitro 5 is Acer’s gaming laptop. Unlike the other two, Acer was not as forthcoming with features for this laptop. What we know: the Nitro comes in either 15.6 inches or 17.3 inches — both with 144Hz refresh rates. Other specs include up to an Intel Core i7 processor, an Nvidia RTX 3050 Ti mobile GPU, 16GB of RAM, and 1TB of SSD storage. The 15.6-inch version will be available mid-October, starting at $769; the 17.3-inch Nitro 5 will be available around the same time and starting at $1,199.