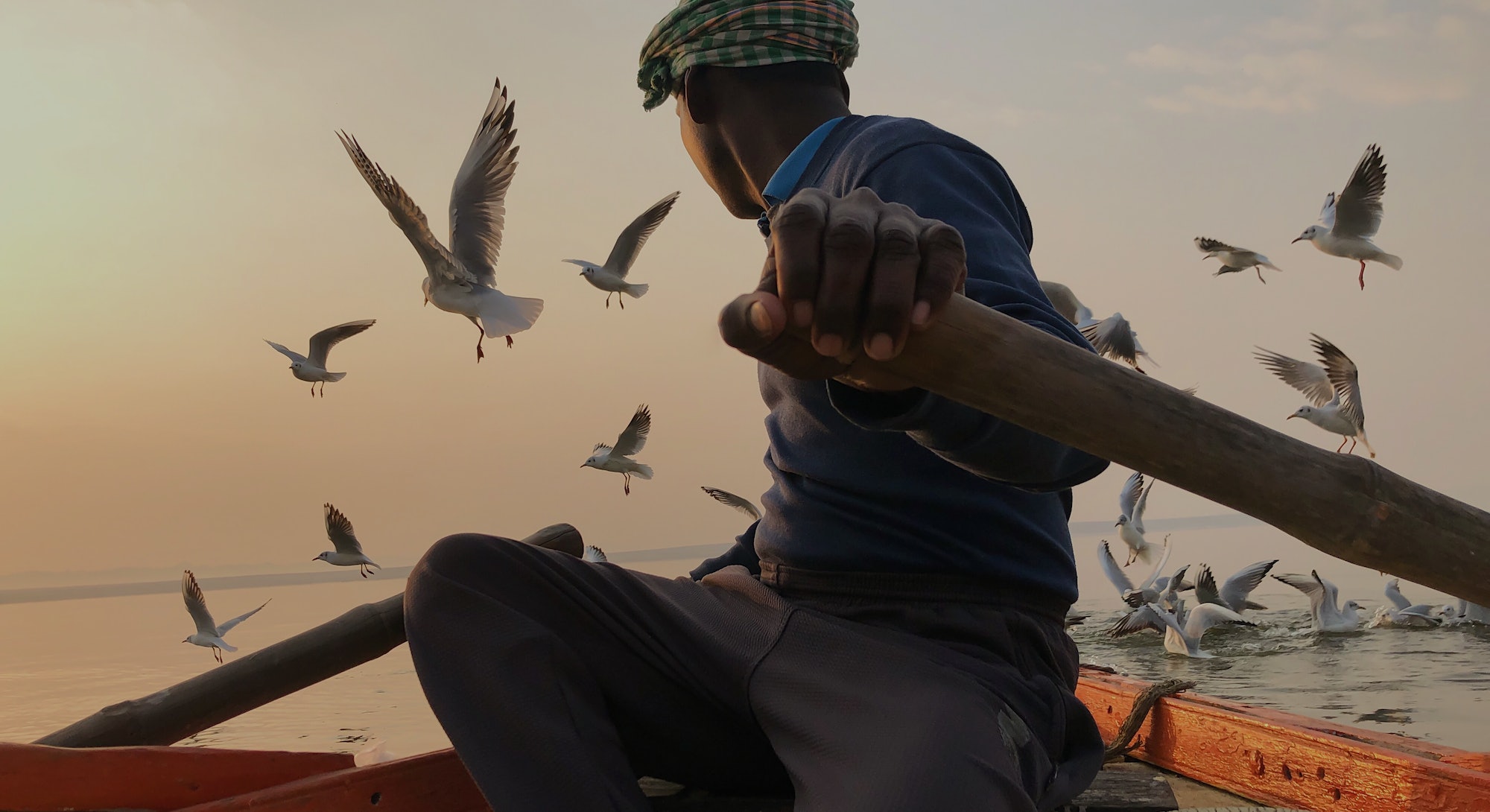 Founded by Aktulun after the original iPhone launched, the IPPA has showcased the very finest that iPhone photography has had to offer. What started out as a hobby and side project has ballooned into a revered annual ceremony that presents powerful photos submitted by photographers from around the world.

There were no prizes in the beginning and Apple didn't start promoting IPPA until about seven years ago. Aktulun maintains that the IPPA is completely independent; Apple is not a sponsor and isn’t involved in the competition other than to amplify it. He says all of the submissions and winners continue to astound every year despite many of the winners shooting with older iPhones. One of the winning shots was taken with an iPhone 4, a 10-year-old iPhone.

"I just put up a website, a really simple website," Aktulun told Input. "I asked people around me [at the agency I worked at], friends, and family to submit their pictures that they took with iPhone. It was just kind of an experiment and hobby."

Akutulun says he never expected it to become this global competition that would later award winners real gold and platinum bars. "It grew really organically."

I asked Aktulun to share some details behind the curtains about the judging process. Though he wouldn’t say specifically who the panel of judges was for the 2020 winners, he said they were made up of a diverse cast of visual storytellers including photographers and designers. There are no limits to the number of photos that a person can submit (you just have to pay more for the entry fees), but Aktulun assured me all photo submissions are blindly judged. Of the "tens of thousands" of submitted photos, any instances where a photographer wins for multiple categories is coincidental.

As to verifying the legitimacy of submitted photos, Aktulun says there’s not much in terms of an involved vetting process. Original metadata is required for submissions and photos can’t be manipulated with desktop editing software, only iPhone apps. When I raise the concern that metadata can be faked, he says that he hasn’t run into many cases where the validity of a photo was seriously questioned.

"There are basic things we can do like asking them to send the original image from their phone," says Aktulun. "So far we haven’t had anything [of notable violation] in the last 13 years. There were only two cases and I think there was one case from a guy from Poland who submitted something and I think [his photo won] honorable mention and someone else saw his picture and sent us something about it being misleading. That was the only one we disqualified."

Whenever the winning photos of the iPhone Photography Awards are announced I love to, first, see which iPhones the winners used for their shots, and second, peek at the metadata to unearth more on the behind-the-scenes.

"Beach Chair" by Danielle Moir, a U.S. photographer, is particularly interesting. Moir’s photo won first place for the "other" category. Digging into the metadata reveals she took the picture in 2016 with an iPhone 6 and used Hipstamatic to edit the shot. Launched in 2009, two years before Instagram, Hipstamatic was one of the first breakout third-party camera apps. Hipstamatic became widely successful by letting users take lo-fi, film-like photos. As the image quality of iPhone cameras improved over, photographers largely abandoned the app in favor of more powerful editing apps like Snapseed, VSCO, or Adobe Lightroom.

However, Moir, remains a Hipstamatic faithful. "It’s more a color palette thing for me."

"I love Hipstamatic because I’m an old-school — girl who still uses Polaroid," says Moir. "It is my way of feeling like when I don’t have a film camera with me that I can get that feeling from using Hipstamatic. When I’m using Hipstamatic, I’m choosing a lens and a film, and that gives me another sense like I can really work with the iPhone so that it gives me more of a manual feel."

Anyone perusing the IPPA website can see that the quality of photos has improved dramatically since the awards started 13 years ago when the first iPhone came out. Despite how powerful iPhone cameras are now, there are still non-believers. Camera purists who think photos taken with an iPhone are somehow inferior. Which is, of course, completely untrue.

“iPhone photographers like myself get discriminated by some of the photography community using DSLRs.”

Photographer and iPhone photography teacher Ekatarina Varzar, who nabbed first place with "Cotton Candy" under the "children" category, echoed the same advice about shooting with your phone. Great, award-winning photography is not about the camera or the resolution, but the creative eye and preparation that goes into getting a shot. Nobody goes to a gallery to see Annie Leibovitz’s portraits only to scrutinize whether she shot with the latest Canon or Nikon.

Besides recommending iPhone photographers “practice, practice, practice” Varzar says she advises her students to "for one week go for a walk, specifically to make pictures on a certain topic" to literally help improve their composition.

"[For example], today I do geometry, or today I do still life, or today I would like to shoot portraits," says Varzar. "Organize a self-challenge for yourself for a week."

Doing so will help photographers discover their strengths and weaknesses and the type of photography that is most "authentic" to them, says Varzar.

Audrey Blake Calvani, who took home first place for her photo "Culture Fusion" in the "lifestyle" category, told Input her winning shot was "different than my normal work" and that the iPhone camera was the perfect tool for quickly capturing the chaotic scene of a man dressed in vaquero garb tossing a lasso, as a paraglider dropped into the frame, and a person in a bikini walking along the beach looked over.

"I’m a professional photographer by trade and I photograph families and commercial work," says Calvani. "That picture in particular, I was shooting a wedding [in Cancun] and it was a break in the craziness. I was completely struck by the juxtaposition of what I was looking at because it was a hundred degrees and this man is in full garb, completely owning his lasso."

Who knows if she would have captured the moment if she had spent time pulling out her big camera and adjusting its settings.

Below, you’ll find all of the winning photos for the 2020 IPPAWARDS. Anyone who still thinks they’re of less artistic expression than "real" photography is in denial.