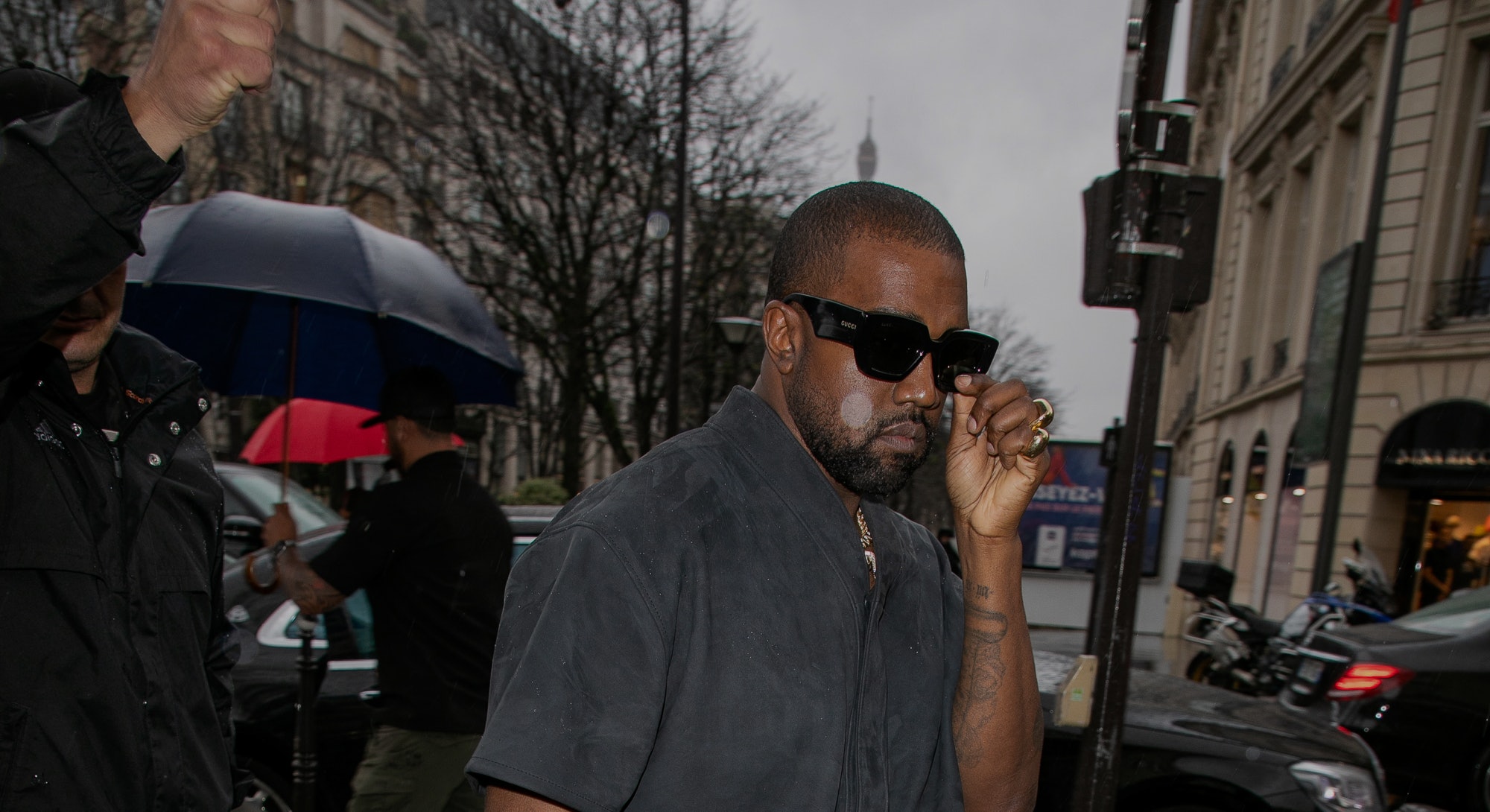 For longtime Kanye West fans, the Yeezy Gap partnership serves as another breakthrough in the narrative of West’s career. The story begins with the song “Spaceship” from his debut album The College Dropout, in which he voices the lifelessness of working retail and his specific experiences working at Gap.

The story picks up again in 2015, when West repeatedly voiced his desire in public to take the helm as creative director of Gap. By then, he had finally broken through in fashion with his namesake line and a budding partnership with Yeezy, after years of lamenting the industry failing to embrace him. Meanwhile Gap was already struggling, a trend that continues today, with stores closed internationally and a $414 million decline in revenue from 2014.

“One of my dreams was to be the head creative director of the Gap,” West told Style magazine in an 2015 interview. “I’d like to be the Steve Jobs of the Gap… I’m not talking about a capsule. I’m talking about full Hedi Slimane creative control of the Gap.”

While Yeezy Gap falls short of giving West “full Hedi Slimane creative control” of the one-time leader of cheap and casual cool, the partnership should feel like a moment of victory. And had it had happened five years ago, that would have been the overwhelming reaction. Instead, the news has created mixed emotions in the fashion world — a reflection not only of West’s waning stature within culture but also because of the expense of his coronation.

Prior to the announcement of Yeezy Gap, designer Telfar Clemens was due to get his own collaboration with the mall retailer. When the news hit in January, when COVID-19 had yet to wreak havoc on the fashion industry and world at large, it generated excitement for one of the decade’s most invigorating designers applying his talents to such a massive and accessible scale.

The Telfar Shopping Bag — known more simply as the Telfar Bag or, hilariously apt, as the Bushwick Birkin — had already become the hottest accessory around. It’s made of vegan leather and, priced at under $300, is far more accessible than any other it bag. The possibilities for his output at Gap were full of promise and very well could have led to the spiritual successor of the iconic Gap hoodie.

“One of the things that drew me to him as I was following his design work was denim,” Gap head of design John Caruso told Vogue. “That’s a connection point for the brand and what he was doing with denim in terms of combining things, the mixture, and the reconstruction was point one. The other thing was graphics. I thought a lot of his graphics were genius.”

Whatever Clemens may have done at Gap with denim and graphics will now be nothing more than a fun thought exercise. Their collaboration was initially postponed because of the pandemic, and a rep from Telfar told The Cut’s Emilia Petrarca that the brand found out about the Yeezy news the same way as the general public after essentially being ghosted. Only after the announcement did Gap confirm it was cancelling its partnership with Telfar and would make whole on its payment.

It would be unfair to pit Yeezy and Telfar against each other, but nonetheless it’s disheartening to see Gap treat Telfar so poorly. As fashion, among many other industries, is reckoning with its continued racist practices in wake of the Black Lives Matter protests, it’s hard not to notice how Gap did one Black designer wrong while bringing in another to essentially replace him. In response to the controversy, Clemens told the New York Times such collaborations between corporate giants and smaller, often Black designers are about “a vast power imbalance, perpetuated by the narrative of ‘inclusivity’” or “being allowed to appear in territory owned by white people.”

It also appears as if Gap has chosen hype over bonafide credentials. While West has built a cult around his name and assured anything associated with it will sell, Clemens is far more accomplished as a designer. He won the CFDA/Vogue Fashion Fund prize in 2017 and has been lauded for his subversive takes on the basics and for making his collections unisex well before it became a trend.

What does help soften blow and provide hope for the importance of veritable design is the naming of Mowalola Ogunlesi as the design director for Yeezy Gap. The Nigerian-British designer is just 25 years old and has worked wonders with leather under her namesake label. West clearly has an eye for talent — Virgil Abloh and Matthew Williams, who were both part of West’s team, are now at head posts for Louis Vuitton and Givenchy, respectively — and it’ll be interesting to see what Ogunlesi does with his design language and necessarily cheaper materials.

For those with mixed feelings about West after years of him vocalizing support for Donald Trump and/or skeptical about his design prowess, Ogunlesi’s appointment provides something about Yeezy Gap to be unabashedly happy about. Her star was already on the rise after her debut London Fashion Week show in 2019, where Solange and Skepta were in attendance. And the fact that she’s a Black woman is particularly noteworthy given West’s history of disrespecting Black women, from his casting call for “multiracial women only” in 2016 to his obsession with white women throughout his music.

Reducing Yeezy Gap to "good" or "bad" news is tricky — like most things pertaining to Kanye West, it's complicated. For better or worse, West is one step closer to making a "paradigm shift for humanity," as he intoned in his recent GQ cover story — or at the very least creating the "perfect hoodie," ignoring the fact that the Champion reverse weave already exists.

Whether betting on Yeezy was worth losing Telfar Clemens' vision for Gap, well, that remains to be seen.