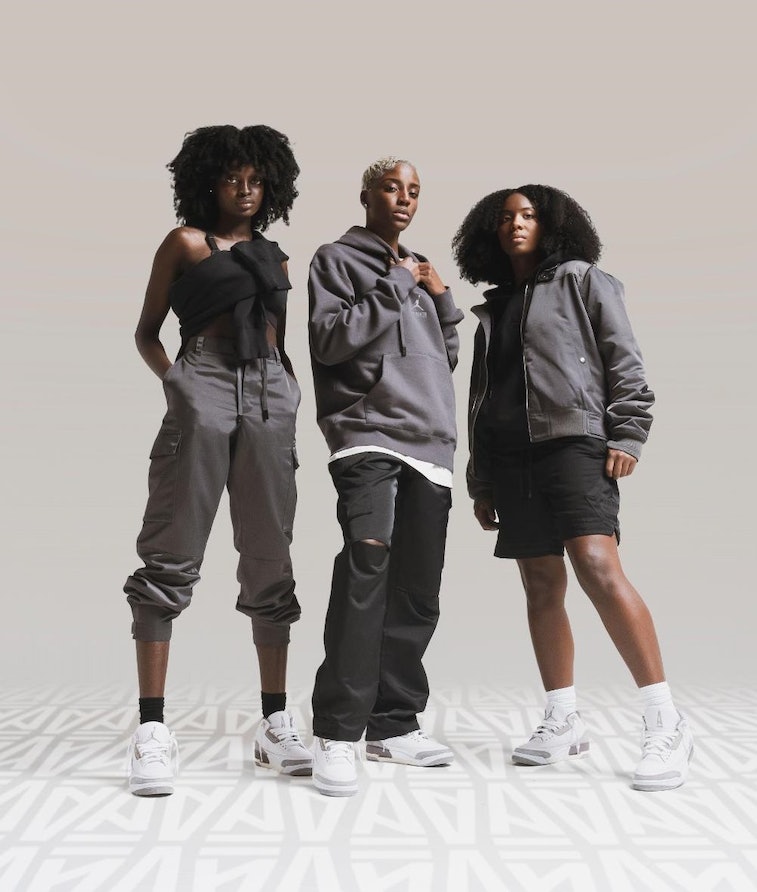 When Rachel Lowery yells, “Give me my damn shoes!” over the phone, her frustration isn’t pointed at me or a thief trying to steal her latest sneaker purchase. She’s annoyed at the irony of guys on her social media timeline flexing that they got a pair of shoes intended to be a women’s exclusive, one that not even Lowery and her friends could get.

“Women’s exclusive” footwear doesn’t just apply to high heels anymore – men have taken over that world, too. In terms of sneakers, it doesn’t mean what you think it does either. While brands like Nike and Adidas may create shoes designed for women, it doesn’t guarantee that only the ladies are able to buy them. Male sneakerheads don’t care how brands decide to label a pair — if they can wear it, or resell it, they’re going to go for it.

A pair of sneakers marked “WMNS,” “(W)”, or women’s, mainly refers to its size, usually released between a six and 12. When converting to men’s sizing, there’s a size and a half difference, which makes a women’s 12 a men’s 10.5.

For some men with a size 10.5 and smaller, the “women’s exclusive” label isn’t enough to stop them from purchasing it, which isn’t always a bad thing. Asian and Hispanic males tend to have smaller feet and guys under 5’6’’ have an average shoe size between seven and nine (a ladies’ 8.5 and 10.5, respectively). Men’s feet don’t stop growing until around 20-years-old, and a lot of boys’ interest in sneakers sparks in middle school or younger. But even for these men who need the smaller sizes that a women’s release can provide, it adds more competition for women during these drops.

Luis Ledesma, a Philly-based sneaker collector and photographer, owns five women’s exclusive sneakers and thinks brands are intentional with the access given to men. “These brands know what they’re doing…They know that the men are their main source of income,” he told Input in an interview. “They give men a chance to still buy the women’s shoe but it’s not vice versa.”

Long-time male collectors and sneakerheads may have ease in buying a certain shoe, but that advantage comes with experience. At the same time, Ledesma recognizes that some women struggle with access to their own exclusive releases, but the sneaker game requires putting in the extra effort to get it.

Logistically, buying a women’s exclusive sneaker comes with a unique set of challenges. According to Rachel Lowery, an avid female sneakerhead, “an inherent inequality that exists as a woman collector given the size runs and the limited quantities really became paramount over the last few years.” Men’s shoes don’t go much smaller than a men’s size six, unless offered in extended kids’ sizing, which creates an access barrier to those with small feet. Similarly, women’s releases are rarely offered with a corresponding kids size run, so without as much inventory as men’s, there’s a difficult access point.

Technology does have the potential to help with the access issue – when brands actually utilize it. Nike and Off-White attempted to even out the playing field when they sent exclusive access to women on the SNKRS app for their Air Jordan 4 sneaker in 2020, but this isn’t the norm.

Groups like SoleSavy provide women with more equal footing to navigate the sneaker industry, but the help comes at a price.

For Stephan Sanchez, a photographer for the women-led Solely Fuego sneaker boutique who owns three women’s exclusives, the label adds “another invisible barrier” to the sneaker industry. Though he wouldn’t mind a sneaker that was strictly available to women, he doesn’t think girls have that kind of respect in the industry.

Groups like SoleSavy provide women with more equal footing to navigate the sneaker industry, but the help comes at a price. Lowery explained in an interview that she pays for access to a sneaker community to help increase her chances of buying shoes, a measure that many women go through to try and beat resellers.

JerLisa Nicole, host of Sole Collector’s Sneaker Hunting and owner of sneaker cleaning company Dusty Feets, thinks men and resellers see women’s exclusives as a “new, fun toy.” She explained to Input that because sneakers are at the forefront of contemporary culture, brands are also trying to feed the hype by mass-producing certain sneakers, like the Nike Dunk, even though that doesn’t necessarily translate to more access for women.

Smaller communities trying to navigate the male-dominated sneaker space, such as those who are nonbinary, may find the territory to be intimidating and tricky. Though streetwear has its moments of inclusivity, brands have a responsibility to translate that into their sneaker drops.

And while eliminating gender-specific releases probably won’t happen any time soon, companies should reflect on the communities investing in their products. “That’s when [brands] tap into realities now, especially with how everything is in the world,” said Nicole. “You don’t want to offend anyone or box anybody out when it comes to sexuality.”

“The inequality and sexism in the sneaker community... still exists, and it’s still tolerated.”

Sanchez told Input that he doesn’t think sneakers are a singular, gender-defined entity and as a community, sneakerheads should do better to uplift smaller groups. “I think us men…are the ones who basically cross that line,” he said. “Why can’t we let other people who have small feet or who are gay or nonbinary cross that line too and become a part of that community? They don’t question us for doing it, so why should we question them?”

Unfortunately, misogyny and sexism are common denominators in many nonmale experiences in the sneaker industry. It’s difficult to picture an equal playing field when there are tweets from men saying, “Damn I’ma go nonbinary for these…”

James Whitner’s A Ma Maniere Jordan 3 was an example of the possibilities that can ensue when men give women an equal chance. He emphasized the shoe’s “Raised by Women” campaign and said in a press release his team “worked hard to ensure we are able to change the narrative on special launches and we are here to redefine what it means to serve Her first.” Whitner gave women in Atlanta, Washington, D.C., and Houston first access to the shoe and provided full family sizing, a rarity for a women’s exclusive. From the storyline to the detail to the rollout, the sneaker landed on plenty of Sneaker of the Year lists.

Lowery, Nicole, and other sneakerheads face frequent sexism, whether it’s men constantly trying to prove them wrong or assuming they don’t know much about sneakers. “The inequality and sexism in the sneaker community is still prevalent, it still exists, and it’s still tolerated,” said Lowery. “Until brands [create] inclusive releases, sizing, and designs that are on par and the same quality as the general releases, this behavior is going to continue to exist.”

Major players in the sneaker game, like Nike, Jordan Brand and Adidas, have a big responsibility to create meaningful options for women and smaller communities without sacrificing craftsmanship in the process. Until the industry can recognize and respect that there are more than just men trying to buy a sneaker, smaller communities will keep having to fend for themselves. Lowery is right — it’s time to give women the damn shoes.