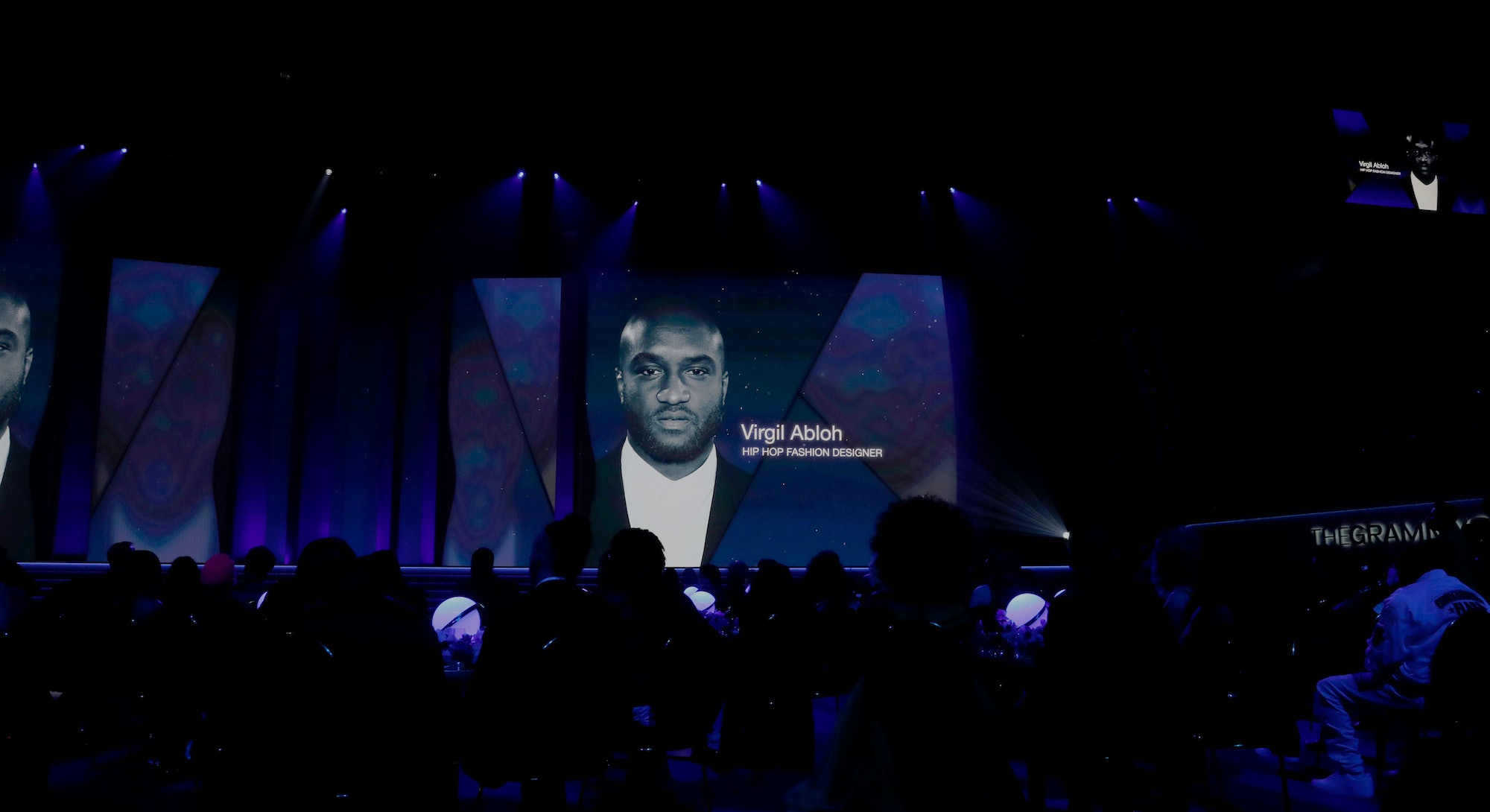 Past tributes to Virgil Abloh have described him as a “genius,” “visionary,” and “the meaning of fashion itself.” So when the Grammy Awards memorialized Abloh over the weekend as a “hip-hop fashion designer,” those familiar with his body of work were understandably upset.

It’s difficult to apply one title to Abloh when he held so many. He was the founder of Off-White, artistic director of Louis Vuitton’s menswear, and longtime creative director for Kanye West. Somehow, Abloh also found time to work as a DJ, architect, and visual artist with exhibitions in some of the world’s top museums. As a creative leader in so many spaces, giving Abloh the title “hip-hop fashion designer” felt like an egregious disservice.

Abloh did dress hip-hop icons, including Jay-Z, A$AP Rocky, and Kendrick Lamar, but when the designer died in November, he left a legacy greater than clothing alone. Aided by his Sharpie, Virgil created an entirely new genre of style, was the first Black man appointed as creative director at Louis Vuitton, and used his position to empower the modifiers, the remixers, the curators, and anyone else once on the outside looking in on the fashion industry. He consistently reminded others that they “could do it too.”

Reducing Virgil to “hip-hop fashion designer” only speaks to the Grammys’ longstanding failures, including its history of minimizing — or simply dismissing — the impact of Black creatives. Drake and The Weeknd have famously boycotted the awards ceremony in the past for that very reason. “[The Academy is] trying to purposely alienate me by making me win rap awards, or either just pacify me by handing me something, putting me in that category, ‘cause it's the only place [the Academy] can figure out where to put me,” Drake told Beats 1 Radio Show after his song “Hotline Bling” won Best Rap Song in 2017 — despite the track not being a rap song.

Would the phrase “hip-hop” even be attached to “fashion designer” had Abloh not been Black?

The Grammys have historically boxed Black musicians into the “urban” category, a term the Recording Academy only scrapped in 2020 after Tyler, the Creator spoke out at the ceremony the year prior: “It sucks that whenever we — and I mean guys that look like me — do anything that’s genre-bending they always put it in a rap or urban category,” he said. “I don’t like that ‘urban’ word. It’s just a politically correct way to say the n-word to me.” Abloh himself shared Tyler’s sentiment, posting a video of the musician’s speech and comparing the term “urban” to “streetwear.”

Pigeonholing Virgil specifically as a hip-hop fashion designer carries many of the same connotations. Minimizing his expansive impact to one genre feels dismissive and almost derogatory, begging the question: Would the phrase “hip-hop” even be attached to “fashion designer” had Abloh not been Black?

While Virgil was certainly proud of his influence within the world of hip-hop, the most notable celebrities to wear his designs to the Grammys were members of the K-pop boy band BTS, disproving the assumption that his designs were only worn by a specific genre of musician. Prior to his unexpected death, Abloh also crafted Hailey Bieber’s wedding dress, Timothée Chalamet’s red carpet “harness,” and many notable on-court outfits for Serena Williams. His runways were regularly frequented by supermodels including Bella and Gigi Hadid, Kendall Jenner, Karlie Kloss, and Naomi Campbell — most of whom also wore Abloh’s designs outside of their shows. There were no limits on who Virgil could dress, and as he made clear earlier, that’s how he liked it.

When it came to his limits, Abloh had few: He reportedly worked 90 hours a week, moonlighting as a DJ and the creative director of Donda, Kanye West’s creative lab. Abloh also provided art direction for Ye’s album with Jay-Z, Watch The Throne, for which the fashion designer was nominated for a Grammy — making his tribute at the awards show all that more confusing. Not only did “hip-hop fashion designer” snub Abloh’s legacy, but it flattened his musical achievements too, something that could have been avoided with the inclusion of titles like “DJ,” “producer,” or “Grammy nominee.”

The Recording Academy failed to give Abloh the tribute he deserved, although countless others used the snub as an opportunity to remind people of how expansive his work was. The lackluster memorial should also remind people to never put Virgil Abloh in a box again.