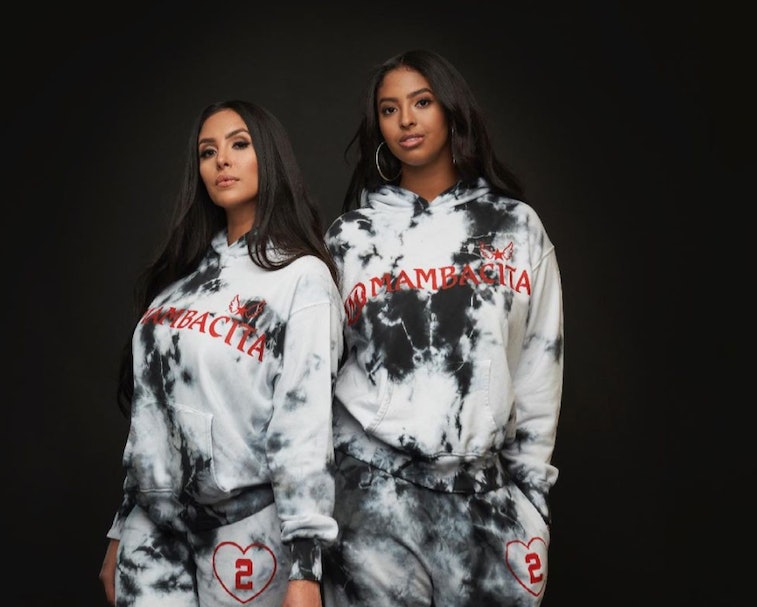 Shortly after Vanessa Bryant allowed her late husband’s contract with Nike to expire, declining to sign an extension, she has announced the launch of another brand: Mambacita. Per Nick DePaula of ESPN, Mambacita will release its first collection on May 1 — a date that commemorates what would have been Bryant’s late daughter Gianna’s 15th birthday.

The news comes just a few days after it was reported Bryant had led legal filings for more than 13 trademarks since May 2020, on the behalf of Kobe’s estate. The filings, which included “Play Gigi’s Way,” “Mamba,” “Mambacita,” “Baby Mambas,” and “Mamba League,” were intended to be used for everything from clothing, gym wear, loungewear, and footwear.

The making of Mambacita — Mambacita has been in the works for a while, though — there’s enough evidence to suggest that even before his untimely death, Kobe wanted to leave Nike and launch his own brand. The last trademark that Kobe Inc. filed before his death was for “Mambacita” on December 30, 2019, while Shervin Pishevar, an entrepreneur who co-founded Virgin’s Hyperloop, recently revealed that Kobe had planned to start his own sneaker company and call it “Mamba.”

Now, Bryant is continuing Kobe’s work, while also maintaining the legacy of the late basketball player and their daughter. DePaula reports that the Mambacita clothing line was made to honor Gianna — the brand’s name alone derives from her nickname. To further pay tribute to both Kobe and Gigi, all proceeds earned from the drop will be given to the newly rebranded Mamba and Mambacita Sports Foundation.

As seen on Vanessa Bryant’s Instagram, the first release to come from Mambacita appears to be a slew of sweatsuits — great for people working from home or warming up on the court. Each set sports a tie-dye design, with Mambacita logos labeling hoodies and a number two heart graphic on the sweatpants. Two was Gigi’s jersey number on the basketball team coached by her father.

More to come — Bryant’s trademark filings imply there’s much more to come from Mambacita, whether that be sub-labels or more gear. One thing fans may be missing after the Nike cutoff, though, are Kobe’s iconic sneakers — and because the design is owned by both Nike and Kobe’s estate, it’s unclear if Mambacita could replicate the shoes. Perhaps new silhouettes will emerge from the forthcoming brand, especially as Kobe sought to make his products more accessible to fans throughout his Nike partnership. Either way, we’re excited to see what’s next.