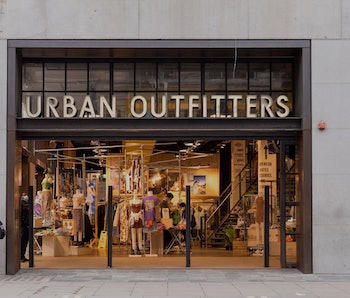 Urban Outfitters is seeking to compete with Poshmark and Depop as it launches its own app for secondhand clothing. The corporation is set to release Nuuly Thrift for iPhones this fall, the Wall Street Journal reports.

Sellers will be able to list clothing from any brand while Urban Outfitters collects a commission from each sale. David Hayne, president of Nuuly and CTO for its parent corporation, says the new app will stand out from its competitors by offering a “curated experience.” The key, he says, will be to “strike a balance” between strict limits on what can be sold and a more open marketplace that allows for a greater supply of goods.

“Our job is to grow,” Hayne told the WSJ. “From a thrift standpoint, we know that if we don’t provide the platform it’s not going to keep sellers from selling on other platforms. These secondhand experiences are happening whether we’re playing in them or not.”

The digital secondhand market is booming — Etsy announced in June that it would acquire Depop, one of the leading platforms for secondhand clothing, in a deal worth $1.63 billion. Depop reported $1.73 billion in profit for 2020, doubling its revenue from the year prior while overall clothing profits fell by 93 percent during the same year marked by the pandemic.

Sales from secondhand goods are expected to hit $51 billion, according to research by GlobalData PLC prepared for thredUp, another secondhand platform which is owned by Macy’s. Its research also found that 42 percent of Gen Z shoppers bought secondhand in 2020.

Poshmark launched its IPO at $42 a share in January, setting an initial valuation of the company at more than $3 billion. Lululemon and Levi’s have also launched their own resale platforms in the last year, while outdoor companies including The North Face and Patagonia collect used products from customers before repairing them and selling them again.

Nuuly initially launched as an apparel rental service in 2019, and although it lost subscribers during 2020, its userbase has since eclipsed that of pre-pandemic levels. Clothing available for rental includes Urban Outfitter’s owned Anthropology and Free People, as well as outside brands such as Levi’s.