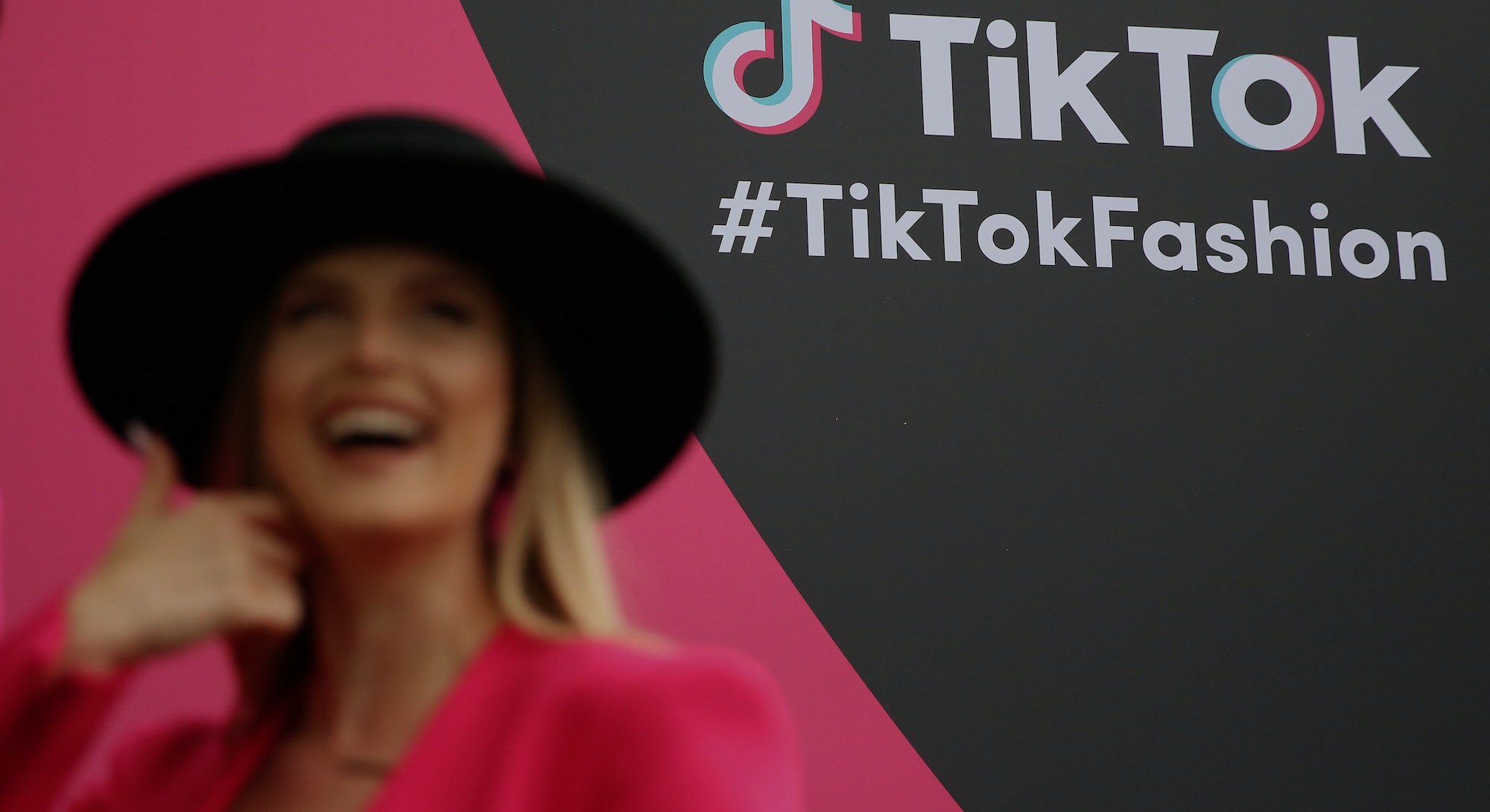 The social media platform has been fashion’s online hub for the better part of the last decade, but an algorithm shift toward video and suggested posts is alienating some of Instagram’s most stylish users. Many of them are turning to TikTok, where curated content appears with minimal effort and maximum reward.

Instagram survived similar criticism when it removed the chronological feed in 2016, which was reintroduced just months ago, and again when it launched Stories in 2017. Video has been an area of focus since June 2021, but the frustration caused by the platform’s most recent moves could be the biggest threat yet.

Instagram users have been complaining about their feeds becoming filled with ads and recommended posts they have little interest in. Revisions to the platform’s algorithm have tried to make the app more video-centric and exploratory — recommending content in a way similar to TikTok’s own algorithm — but users maintain they want to “make Instagram Instagram again.” A petition that recently made the rounds on the app says: “Stop trying to be TikTok I just want to see cute photos of my friends. Sincerely, Everyone.”

Mosseri said the platform is trying to be more “fun and engaging” and insists Instagram is becoming more video-centric because users want to consume more videos. Instagram’s algorithm and recommendations still need improvement, he admitted, and Mosseri insists the app isn’t moving away from photos, as the petition suggests. “I love photos,” Mosseri said. “I know a lot of you out there love photos, too.”

Still, the backlash was enough for Instagram to administer a rare strategic repeal. The app is reversing some of the controversial changes to its display and algorithm, scaling back on its push for recommended posts and video.

An obituary is in order for what Natalie Held, a freelance social strategist, is calling a “death of stillness” on our favorite platforms. With video taking over, creators are forced to change not just what they post, but also who they are online. Being on camera requires becoming a personality, which can sometimes include expressing opinions on politics and social issues. “Being an influencer isn’t just about posting brand deals anymore,” Held tells Input. “It’s show me your family, show me your life.” This demand not only requires more effort from creators, it pushes them to be less private in pursuit of a more “authentic” connection with their audience.

Across the board, we’re seeing a gravitation toward “real” content. Candid photo dumps have become popular on Instagram, while apps like BeReal and Locket encourage users to share unfiltered photos with close friends. Community-based chat platforms like Geneva and Discord have been gaining traction, too. Despite this, Instagram’s new direction is a far cry from “being real,” making it an app meant for creators rather than the average user. “Regular people don’t want to see random people on Instagram,” trend forecaster Mandy Lee tells Input. “I don’t think it’s the app for that.”

The updated Instagram app is “heinous,” says Lee. The only reason she still enjoys the app is that she’s never taken it seriously, despite her 20,000 followers. Her TikTok, which she puts more effort into, has just shy of 400,000 followers. On the latter, Lee is known for her analysis (and introduction) of fashion trends, and her clips regularly garner thousands and sometimes even millions of views.

The same content doesn’t translate as well on Instagram. “I think people don’t want talkative Instagram reels — they just want aesthetically pleasing videos [set to music],” Lee says. This could be a result of the app’s photo origins or its new algorithm. Regardless, Lee has noticed disparities between the fashion content she sees on either platform.

Rather than the heavily edited videos she sees on Instagram, TikTok offers a wider variety of easygoing style content. Most clips revolve around their creator’s personal style and personality while offering shopping tips, trend explanations, outfit breakdowns, and “get ready with me” content. Lee says she’s yet to see any of these more engaging formats used on Reels, and asks, “When was the last time you learned something on Instagram?”

Still, trend forecasting requires a broad analysis of society, including on Instagram. “I don’t just look at fashion trends,” says Lee. “A really important part of the job is understanding what’s happening culturally and what people are talking about on every platform.” So long as people are still posting to Instagram, Lee will be watching. But right now, she says trends are primarily being spread, adhered to, and discussed on TikTok.

TikTok’s niche algorithm is behind most popular trends as it allows users to easily discover content and creators they like. “I just don’t think Instagram ever had the right kind of algorithm for that sort of thing,” Lee says. Instead, there’s been a clear formula for how to succeed on the app through likes, hashtags, and reposts — a formula that’s stayed the same for more than a decade.

In order to do well on Instagram, creators must evolve alongside the app. For many, this means learning how to film and edit videos to appease Instagram’s new algorithm, although this process is much more time-consuming than that of working with photos. Lee points to food bloggers as an example. Such creators are now expected to film entire cooking sequences and edit them alongside trending sounds or a voiceover, rather than posting photos of their completed dish. Of course, food bloggers could stick to images, but they’d risk losing followers and subsequently, income. Video could very well kill the Instagram star.

In order to survive the changing social media landscape, influencers must also diversify their platforms rather than sticking to one. Creators don’t want to have one algorithm deciding if their content succeeds or fails, nor do they want to miss out on a receptive audience waiting to be captured. In the “now-volatile” influencer market, Held says, “it’ll be sink or swim.”

Held creates lifestyle content on TikTok and Instagram too, but she’s noticed her engagement has dipped on the latter. Instagram won’t be going anywhere soon, though — it’ll be a “slow burn,” she says. Influencers with established followings on the app won’t abandon them immediately; they’ll only leave once their audience does.

Instagram has already been around for 12 years, a long time for a social media app to survive in today’s climate. It’s done so by retaining a consistent focus — photos — and it may very well have waited too long to try to compete with TikTok. Fashion trends are coming and going on the video platform at a rapid pace, and its community of fashion enthusiasts, including trend researchers like Lee, is growing bigger by the day.

An Instagram spokesperson tells Input that features like suggested posts and Reels are becoming more popular. The company is also helping influencers navigate the changing landscape with its Creator Lab, which offers advice from experienced creators, and its Reels Trend Report, which notifies creators of the most-viewed audios and trends on Reels. Although Instagram’s longstanding formula to success has changed, the app wants to give its users the ingredients they need to thrive.

Instagram is still the larger platform, boasting around 2 billion monthly active users. TikTok said in September 2021 it had reached 1 billion users. But there’s evidence to prove these stats could be changing, and quickly. TikTok was downloaded more than Instagram in the first quarter of 2022, and Bloomberg reports the average U.S. TikTok user spent 29 hours a month on the app compared to 8 hours for the average Instagram user. Those aged between 12 and 17, the most influential consumers, already use TikTok more than Instagram.

For now, Instagram still has a tight grip on a huge number of users and brands, including those interested in style. #Fashion has always been one of the top five hashtags used on the app, according to an Instagram spokesperson. There’s no disputing, however, that TikTok is inching closer to claiming those fashionable users — and eventually, it’ll be another platform that follows. It’s all about what’s trending (and what’s not).