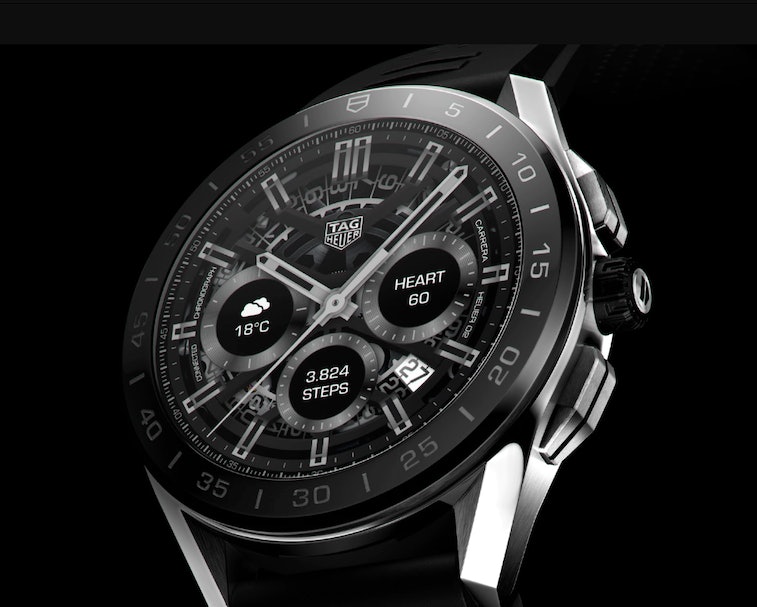 Purchasing a luxury watch is supposed to be an investment. Whether you're a hobbyist horologist or a dedicated collector, part of the appeal of high-end timepieces is that they'll retain or even increase their value over time. Long after purchase, they can be passed down like an heirloom or sold for a premium. But as luxury watchmakers get into smart technology, both heirloom status and resale value are vanishing. You're still paying luxury prices, but now you're wading into the world of planned obsolescence that's baked into tech. Which is the worst of both worlds.

A new Tag that won't make a good old Tag — The first Tag Connected was bad. Really bad. It combined aging specifications with Wear OS (which still sucks compared to Apple's watchOS or Samsung's Tizen) and cost three times what rivals running the same OS did. The faux mechanical watch faces didn't help. And the last indignity was that Tag would let you pay it even more money a few years down the line to swap it for a mechanical model once the smart version was obsolete — not exactly a vote of confidence in its own product.

Tag Heuer's now killed its trade-in program. But instead of feeling like a vote of renewed confidence, it makes buying the Connected even more wanton and foolish. With prices for the new model starting at $1,800 (up $200 from the previous generation) and topping out at $2,350, it's hard to justify the investment when what you're getting is anything but an investment piece. It may be on the lower end of luxury watches, but it's still an exorbitant fee for something only likely to be worn for a few years. A touching passing of the torch from parent to child isn't on the cards, either, unless the plan is to put the watch in a cabinet as a curiosity for the grandkids to marvel and laugh at.

New features, but no killer ones — It's impossible to ignore that conundrum of disposability as Tag Heuer launches its third-generation Connected smartwatch. It still uses Google's Wear OS — which, granted, isn't quite as bad as it was on the first version — and the new Connected watch offers a performance-focused, customizable interface. Tag Heuer's own Sports app is bolstered by new sensors that now include an optical heart rate monitor, compass, accelerometer, and gyroscopic capabilities.

Its higher-resolution OLED touchscreen sits behind a scratch-resistant sapphire crystal and is surrounded by a graduated ceramic bezel. Other high-end details include Tag Heuer's signature facetted lugs and a central rotating crown with two functional pushes. Buyers can choose between stainless steel or, for a premium, can upgrade to ultra-lightweight grade 2 titanium. As far as the collision of tech and luxury goes, it hits all the right notes. But still, who is it for?

Apple still dominates the market — The Apple Watch shipped 6.8 million units in Q3 2019, up 51 percent from the previous year, according to a report from Strategy Analytics. That's three times more than its closest competitor, Samsung, which grew from 1.1 million to 1.9 million units in the same timeframe. Fitbit came in third with 1.6 million units for Q3 2019, and all other vendors combined for a total of 2.9 million units.

Meanwhile, the luxury watch market is still doing great. Despite Apple outselling it substantially, the luxury timepiece industry will be worth more than $7.5 billion this year, according to a report from Statista, and is estimated to hit $9.3 billion in 2025. The logical conclusion is that luxury and smartwatches are essentially separate markets. Those who want a smartwatch are largely turning to Apple, but if they want a luxury piece to wear the Met Gala, they're still buying those, too. What's proving tricky is convincing people they need both products feature sets in one device.

So, why bother? — The question is why Tag Heuer — or Mont Blanc, Frederique Constant, or any other purveyor of luxury horological marvels — keeps trying to go smart? The regular Tag crowd is still there, and smartwatch enthusiasts can get a watch they're at peace with eventually replacing for far less. Our theory? The fear of missing out, combined with a limited market that will pay a premium for brand name recognition, even when there are demonstrably better products available for less.

Think about Louis Vuitton's earbuds — they're literally Master and Dynamic buds with LV logos and a leather case. The only thing they do that the M&D version don't are tell people that you like, can afford, and chose to buy, the LV ones. But that hasn't stopped some people from buying them, even though no one's trying to hide the fact that there's no meaningful difference in the hardware.

It turns out brand names matter. If they didn't, no one would be able to resell Supreme-branded Oreos for gazillions. Some people are still going to buy the Tag Connected, and having it in the company's catalogs bolsters the rest of Tag Heuer's lineup by making the company look plugged-in, innovative and forward-looking. It doesn't really matter if it only sells a handful of them because — as with most luxury products — ubiquity simply isn't the goal.