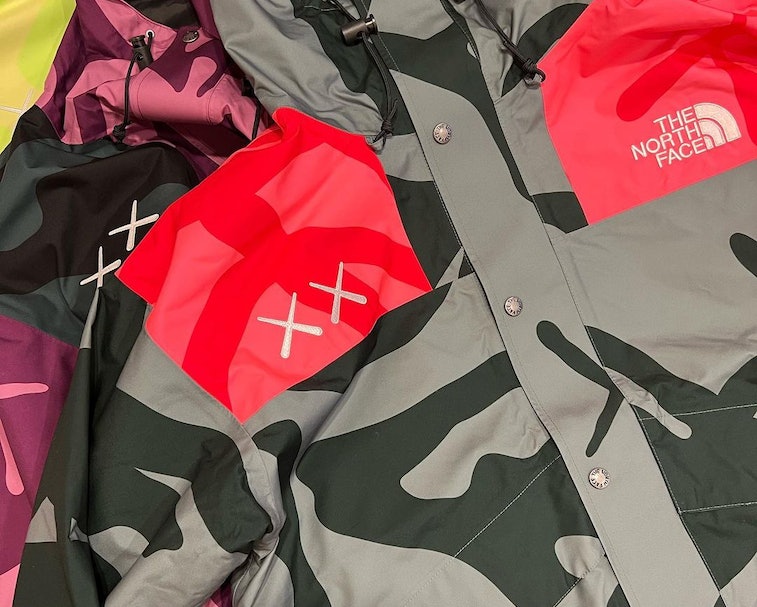 Just four days into the new year, we already have a strong contender for the worst collaboration of 2022.

Kaws, the street artist beloved by hypebeasts for putting Xs on things, took to Instagram to reveal his upcoming collaboration with The North Face and in the process may have initiated the beginning of the end of the outdoor trend.

We could take the time to discuss the oversaturation of Kaws, how the once subversive street artist has diluted and commercialized his work to the point of one of his Companion figures sitting in a midtown New York City office building, or how his at-home collectables have become shorthand for a surface-level engagement with the arts and streetwear. But really, all we need to do is point to the image of Kaws’ shell jacket from The North Face for you to see just how offensive it is to the minimally discerning eye.

Here’s some camo and some x’s — With The North Face providing its expertise in outdoor gear, Kaws’ contribution to the impending collaboration is colorful, patchwork camouflage along with his ubiquitous “xx” symbol. We’re very well used to seeing phoned in collaborations in streetwear and its ever-expanding adjacent fields, but there’s something particularly disheartening about seeing this Kaws x TNF collab shoved into our faces.

Perhaps the problem is that, by any measure, these jackets will be successful. Kaws has entrenched audience that’ll eagerly part with their money for everything he touches, and The North Face can say that they’ve worked with one of the most famous contemporary artists in the world. Never mind that the outdoor giant is currently embroiled in a legal battle with Futura, a bonafide graffiti legend, after pilfering his work and at one point describing him as a “self-described street artist who sometimes uses an atom motif in his artwork.

Somewhat inexplicably, Arc’teryx has become one of the hottest brands of the moment and the current darling of a widespread embrace of all things gorp. The premium outdoor brand from Canada hardly deviates from its focus on highly functional technical gear and has just one collaboration in its entire history, last year’s link-up with Jil Sander for very tasteful winter outerwear.

But that’s just it — what’s cool about Arc’teryx is that it would never, ever collaborate with Kaws. And Patagonia, too, still hasn’t engaged in collaborations and is content to keep chugging along in its own world. The North Face has done some outstanding collaborations as it’s become the outdoor brand most willing to indulge the streetwear crowd, but partnering with Kaws is entirely uncool, and the resulting product should be met with an eye roll from anyone who knows better.