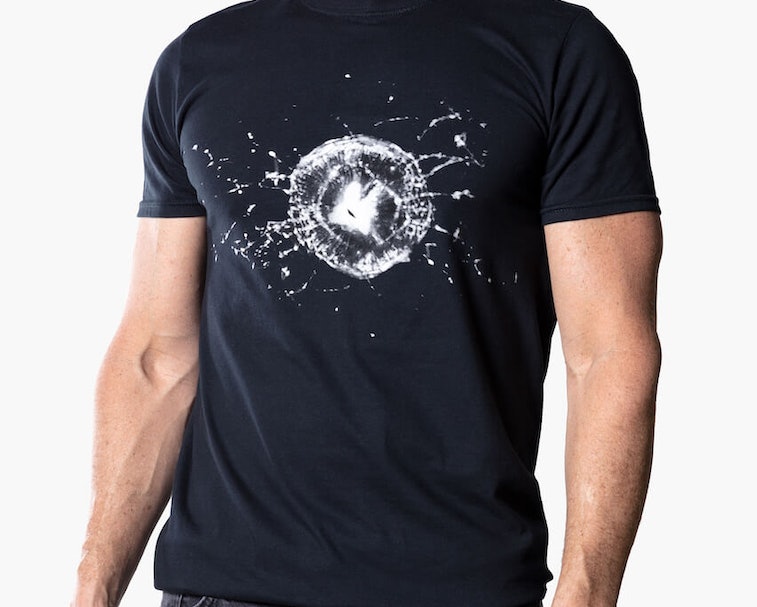 While most companies would swiftly move on from such a public snafu, Tesla is continuing to laugh at its botched Cybertruck reveal by selling "bulletproof" T-shirts. The black tees feature a shattered glass graphic on the front, as well as Cybertruk's logo and window profile on the rear. In announcing the shirt, Elon Musk promised the impossible: "T-shirt is bulletproof & makes u buff!"

Tesla's bulletproof stocks — Shares for Tesla initially fell more than 6 percent after the supposedly bulletproof Cybertruck shattered upon launch. They then rose 4 percent to $345 after Musk announced 200,000 people pre-ordered the Cybertruck within three days of the announcement. That seems like eons ago now, with shares trading for $537 today.

Put the joke on your chest — The bulletproof tee is available now on Tesla's website for $45. You better act quick if you want to cop, though, as L, XL, and XXL sizes have already sold out.