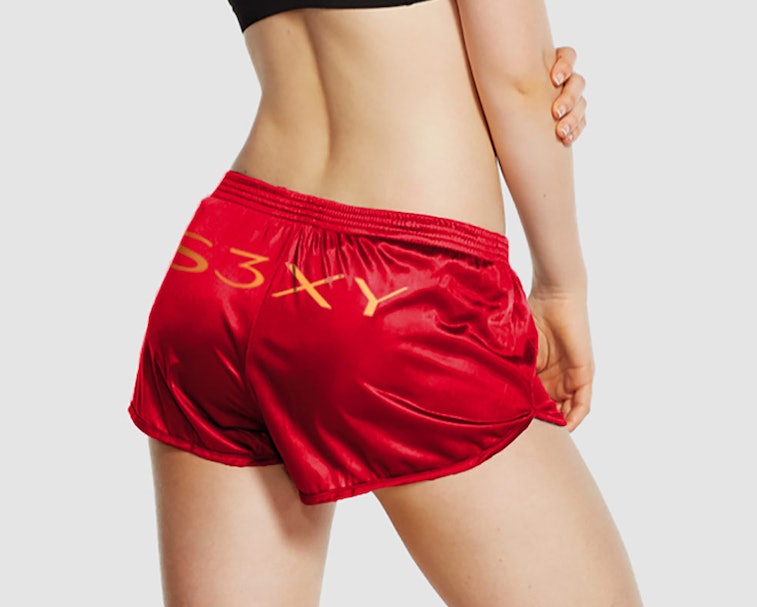 Elon Musk takes his sex and weed very seriously. So seriously he finds every opportunity to work Easter eggs into his products (and tweets) to reference 69 or 420. His latest profound creation: Tesla short shorts with the electric car's logo and "S3XY" spell across the back.

Tesla has sold myriad branded merch throughout the years including apparel, a surfboard, and accessories like. But the new red and yellow booty shorts are the first to lean into Elon's very not normal brain, and a chance for him to take a swipe at the numerous short-sellers who've bet against Tesla pretty much since the company started. Now that its stock is booming, it's Musk doing the short-selling. Or, rather, selling shorts.

Slapping "S3XY," a reference to the four electric cars Tesla has shipped (the Model S, Model 3, Model X, and Model Y), wasn't enough for Elon. He had to go further, pricing the short shorts at $69.420 (get it? 69? 420?). The teenagers love his juvenile jokes, but dude, you're a new father (again). Maybe chill with the sex and weed jokes?

Elon teased the shorts on July 2, tweeting: "Who wears short shorts?" Two days later, they're real. Maybe he was high or locked into position 69 with Grimes when he conceived of them. You never know with Elon.

Made of satin — Tesla's description for the shorts doesn't say much:

Celebrate summer with Tesla Short Shorts. Run like the wind or entertain like Liberace with our red satin and gold trim design. Relax poolside or lounge indoors year-round with our limited-edition Tesla Short Shorts, featuring our signature Tesla logo in front with “S3XY” across the back. Enjoy exceptional comfort from the closing bell.

But you know who did? Elon, who can't seem to get off Twitter: "Will send some to the Shortseller Enrichment Commission to comfort them through these difficult times" he said July 2. That's Elon having a dig at the Securities and Exchange Commission (SEC, geddit?) which slapped him and Tesla with fines after he tweeted back in August 2018 that he was thinking about taking Tesla private at $420 a share, causing tumult in the share price at the time, which is something the SEC doesn't take kindly to.

Crazy product ideas — Tesla short shorts sound insane, but it's not the first time Elon has joked about selling a product and then went ahead and made it real. In December 2017, Elon said: "After 50k hats, we will start selling The Boring Company flamethrower." A month later, he announced his Boring Company would be selling flamethrowers for $500 a pop.

Since it's illegal to technically sell flamethrowers in most places, he skirted the law by calling the product "Not-a-Flamethrower." And it worked. 20,000 people (including myself) purchased the ridiculous money grab, which isn't really a flamethrower — really a modified airsoft gun with a propane torch attached to it.