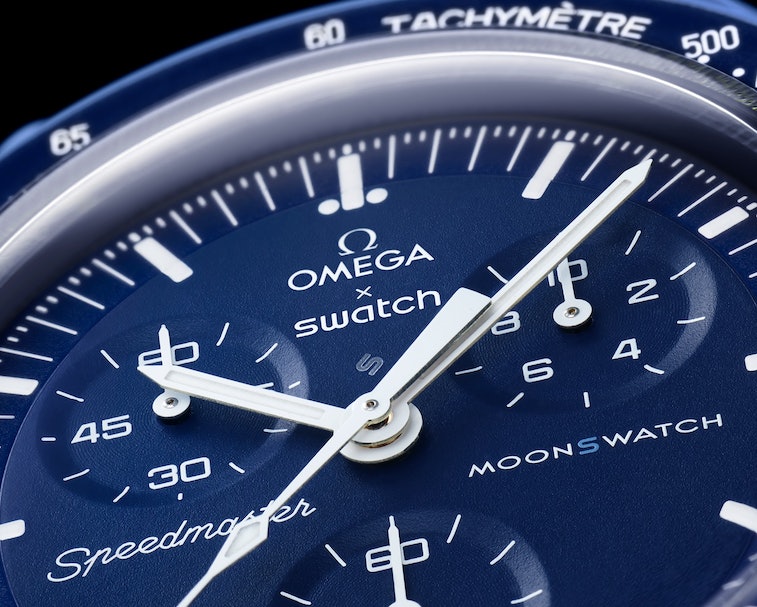 The hottest watch of the year sold for $260 last weekend and spurred chaos across the world.

Swatch and Omega partnered for an affordable version of the latter’s iconic Speedmaster, dubbed the Speedmaster MoonSwatch. Eleven variants of the timepiece were made available exclusively in-store Saturday, which motivated thousands of people across the world to line up for the landmark release.

The London Swatch store closed just 30 minutes after the release because of health and safety concerns, while police had to show up in Australia and Singapore to help manage the crowds. Thousands reportedly lined up in Toronto and New York City, a sight typically only seen for rare streetwear and sneakers.

Why pay resale when you can just wait? — Such chaotic scenes would be more understandable if the Swatch x Omega watches were limited editions, but that isn’t the case. The Speedmaster MoonSwatches will eventually be sold online and restocked in stores.

Despite ample opportunities ahead to get ahold of a $260 Speedmaster, the collaborative watches are selling for as much as $2,000 on secondary platforms such as eBay. It would seem getting a Speedmaster on the low isn’t the only concern — some collectors simply must have it first.

Swatch and Omega made 11 variants of its Speedmaster MoonSwatch, each referencing a different planet or celestial body in our solar system. Instead of the typical stainless steel construction, the timepiece is made out of Swatch’s BioCeramic, a mixture of two-third ceramic and one-third bio-based plastic derived from the seeds of a castor plant.

The case design stays true to Omega’s Speedmaster Moonwatch, while the dial repositions the wordmarks and adds branding for Swatch in addition to the crown. A quartz battery powers the watch without the need for winding, and the color options range from muted to bright hues such as pink (Venus), yellow (the Sun), and baby blue (Uranus).

A budget Speedmaster is obviously nowhere near as luxurious as the real thing, but a $260 version is still an enticing proposition. Paying 10 times the retail price runs counter to the whole point, so you may as well hold out until the Speedmaster MoonSwatch drops again.