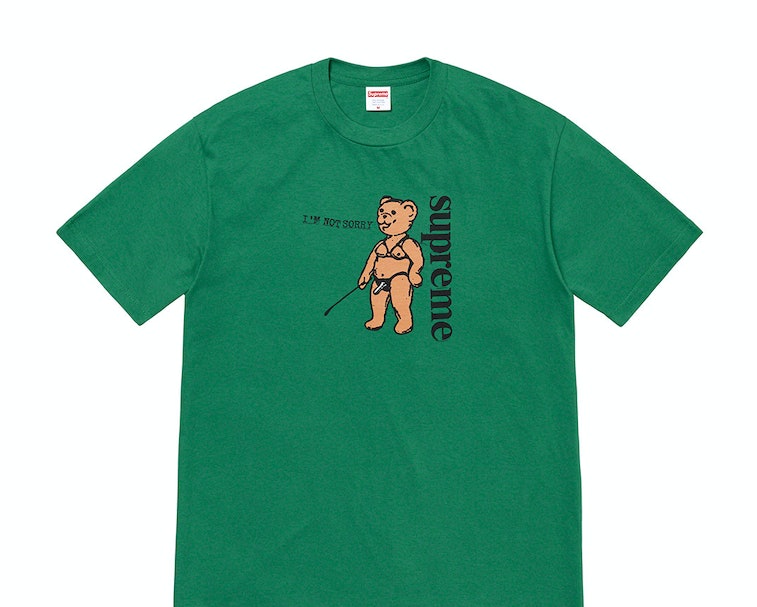 Supreme’s seasonal crop of T-shirts is set to arrive this week, adding seven new graphics to the cannon. Among the lineup is a healthy mix of celebrities and vulgarity, including an Anna Nicole Smith portrait that’s sure to be one of the most sought after tees.

You’d be hard-pressed to find a weak point among the seven T-shirts, making this one of the more solid capsules that Supreme drops each spring and fall. And even though there are clear ringers, none seem too likely to hit an extreme resale price if you miss out the first time.

What else is in store? — Dan Colen and Joe Roberts each contributed original artwork to the T-shirt capsule. Colen, a painter and sculptor whose work has appeared in the Gagosian, painted a still life of a candle with smoke that spells out “fuck.” Meanwhile, Roberts, who often channels his LSD trips in his artwork, made a child-like beach scene with the silhouette of a basketball player that looks a lot like the Jumpman.

Miles Davis, the musician who Supreme has long showed its adoration of, appears wielding his trumpet alongside “Supreme” text on another T-shirt. Rounding out the mix are toy piles spelling out “Supreme” and the brand name laid out of a shrewdness of apes.

Scoop ‘em up this week — As always, Supreme’s latest offering will go on sale at 11 a.m. Thursday through its website and physical locations. Expect all seven tees to come in at the standard price of $58, and if you do your due diligence landing the T-shirt you so desire shouldn’t be too difficult.