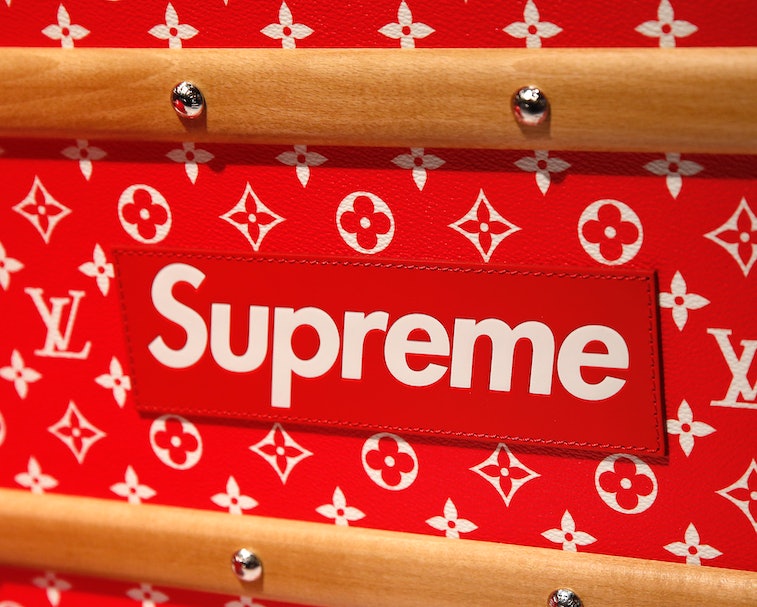 Supreme’s greatest nemesis over the past six years has been Supreme Italia, a bootleg brand with no affiliation to the real thing and owned by a British holding company. International Brand Firm Ltd. was able to register trademarks for “Supreme Italia” and “Supreme Spain,” which it used to hawk glaring fakes in Europe and eventually expand into China. Samsung even announced a collaboration with the imposter brand for the Chinese market, where IBF was able to operate as “Supreme” without the “Italy” or “Spain” labels, before the electronics giant backed out in response to public pressure.

Despite its initial success, the jig has been up for Supreme Italia since last year, when the real Supreme finally secured its trademark in China and the European Union. And to make matters worse, the mastermind behind it all has been sentenced to eight years of jail time.

Michele Di Pierro, the owner of IBF, and his 24-year-old son Marcello were both found guilty of two counts of fraud by a London court last Friday, as first reported by Bloomberg. The younger Di Pierro was also given a three-year sentence, while the firm has been fined $10.4 million.

The judge went in — Under British law, lawyers for Supreme were able to act as private prosecutors in a criminal case. A jury found the two Di Pierro men guilty, while Judge Martin Beddoe had harsh words for the Supreme Italia scheme.

Michele and Marcello “hijacked every facet of the company’s identity and plagiarized it,” Beddoe said. “Like ticks, they jumped from one company to another and one jurisdiction to another... The brazenness of the offending is as remarkable as the dishonesty.”

Neither the father nor son made court appearances, and a warrant has been issued for their arrest. Recouping damages will be more difficult for Supreme, as Bloomberg reports IBF had just £300 (~$415) in its bank account.

A long battle finally ends — Just as remarkable as Supreme Italia’s brazenness is how successful it initially was. It took advantage of Supreme’s intentionally limited distribution, secured trademarks, and sold to hungry (and not so discerning) Supreme fans in places where the New York City streetwear brand had yet to open stores.

Streetwear blogs like Highsnobiety referred to Supreme Italia as a “legal fake” from early on, a label that has since been rendered inaccurate by the courts. But as clear as it was that Supreme Italia was moving counterfeit products, it looked like it would get away with it as it opened ran a flagship store in Shanghai. After Samsung announced it had canceled its collaboration, Supreme Italia doubled down on its operation and announced it would open “no less than 70” stores around the world.

The real Supreme dealt with several setbacks early on in its years-long legal battle, losing trademark cases in Italy and the European Union before appeals to the latter were successful. In a rare interview two years ago, when cases were still ongoing, Supreme founder James Jebbia told Business of Fashion: “People should know that the idea of legal fakes is a complete farce. It would be sad if a new generation thinks that’s actually legit. We don’t do a ton of press and we are quite quiet. These guys are taking full advantage of that… We haven’t had the time to basically go on this massive disinformation tirade or press thing that most people would.”

Now, with the two Supreme Italia schemers headed for jail, the ordeal is finally over. And as of May, the real Supreme is now in Italy for the first time.