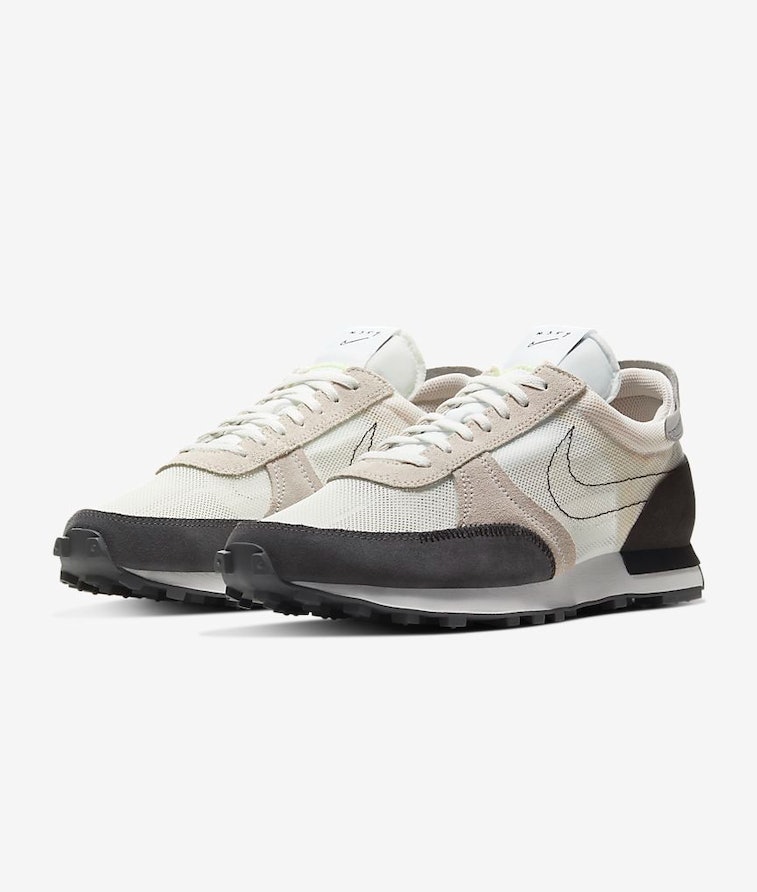 The summer beater should be a time-honored tradition. Whether you're a bonafide sneakerhead or just a person with feet, you're going to need a pair of sneakers that'll hold you down for the numerous and various activities that summer brings. And if you're in the former camp, especially, you're unlikely to do it with one of your rare pairs.

Thus, the summer beater is the solution for when you just know your kicks are going to get dirty. If the prospect of a normal summer weren't all but a fantasy now, that would mean concerts, parties, and barbecues galore. But even in our COVID-19 reality, you're still going to need to get outside for your health. That leaves bike rides, hikes, walks, and whatever else you can dream up while keeping a healthy distance from the potentially infected. Summer as we know it may be in a coma, but I'm happy to inform you that the need for a do-everything summer sneaker is still very much alive. Do not give up hope.

Since such sneakers are destined for punishment, it's best to keep the investment to a minimum. That's why I've put together this list with eight options all for less than $100, guaranteeing a strong return for your money. I'm also partial to white for the summer, as there's a charm to displaying just how much you've gone through. But if you want something more colorful or want to keep the grime at bay, I've included some less vulnerable options as well. Take a gander and pick the right kicks for you and your summer.

Let's start with the classics. Throughout high school and college I would always buy a new pair of Vans for the summer knowing they'd likely be done for by the time school started again. This particular pair of Authentics has a fun refraction graphic that kinda reminds me of the iconic Bob Dylan poster by Milton Glazer. And just $60? Run it.

This just-launched Nike silhouette is a remix of the 41-year-old Daybreak, a once innovative development in running shoes. With its low frills and lightweight construction, it's just begging for punishment — a far cry from the more precious Undercover collaboration.

Vans' fiery Old Skool is probably the coolest sneaker it makes, but it's also expected. Go for a similar effect with this less ubiquitous pair of low-tops from Converse. For just ten bucks more you're getting an upgrade from canvas to leather, which means it'll last you even longer.

New Balance's collaboration with Aimé Leon Dore on the 827 is my favorite sneaker of the year so far, but it was also just a springboard for this revived silhouette from the '90s. Here, it returns in its OG New York Knicks-inspired colorway with no need to pay a premium on the resale market.

Adidas is going all in on the return of the Superstar this year. The simple, timeless design is getting a million different spins, including this one from legendary skater Mark Gonzales. His collaborations with Supreme are bountiful, but here's a way to rock with the Gonz without all the hype.

I've never seen these dad shoes in the wild, which means you can be an early adopter for these unexpected bangers. The dashes of neon orange are striking, particularly on the speckled midsole, and the "x" detailing is reminiscent of KAWS without being played out.

I was lucky enough to be gifted these by Adidas last fall, and they've turned into one of my most worn shoes ever since. They came under the radar, which is the only reason they made it to someone as low-level as me, and look more expensive than their original $79 price tag. Because of that, they look just as good with a pair of trousers as they would with a more casual short. We stan the range.

Sneakerheads consider it a cardinal sin to wear dirty Air Force 1s, but forget all that. It's a pair of shoes everyone should own and is especially great for the summer. Give it hell, replace it when it's gone over the hill, and ignore anyone who tells you they need to stay pristine.