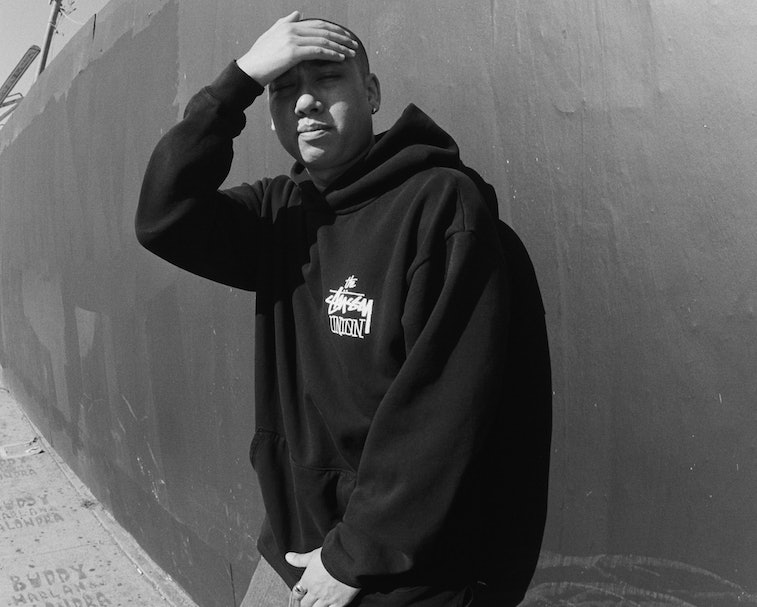 Union is continuing to celebrate its 30th anniversary of moving to Los Angeles with the brand that was there from the start. While Union’s original store opened in New York City in 1991, its first L.A. outpost on La Brea Avenue was actually billed as “The Stüssy Union.” The brands eventually went their separate ways after growing bigger, and Union’s original NYC store went on to house Stüssy.

This week, the inextricably linked brands will reunite for a collaborative capsule that harkens back to the first L.A. store. T-shirts and hoodies featuring “The Stüssy Union” logo headline the collection, but it isn’t just about graphics. Paisley oxfords and corduroy pants bring a cut-and-sew mentality to the collection, while Stüssy’s iconic doormat has also been updated for the occasion.

If your obsession with streetwear borders on academic, the reunion of Stüssy and Union is a can’t miss.

Union’s 30th has been flush — Collaborations have steadily rolled out throughout the year in celebration of the seminal NYC boutique co-founded by Supreme’s James Jebbia and later taken over in Los Angeles by Chris Gibbs. A total of 19 other brands have or will be brought in for the anniversary, including Off-White, Jordan, and Noah.

Many of these brands are like family to Union, with Stüssy sharing the mantle as one of the most important players in the earlier days of streetwear. A striped knit hoodie with Union’s skater logo on the back harkens back to the unique assortment of clothing that could be found at the boutique from the jump, while the striking Oxford shirt tucks in the same icon underneath the chest pocket.

Whether you’re eying the streetwear staples or the finer fares, you’ll be able to cop Stüssy and Union’s latest capsule come Friday, July 23. All the goods will be available at both brand’s physical stores and websites, giving you ample opportunity to wear a bit of streetwear history.