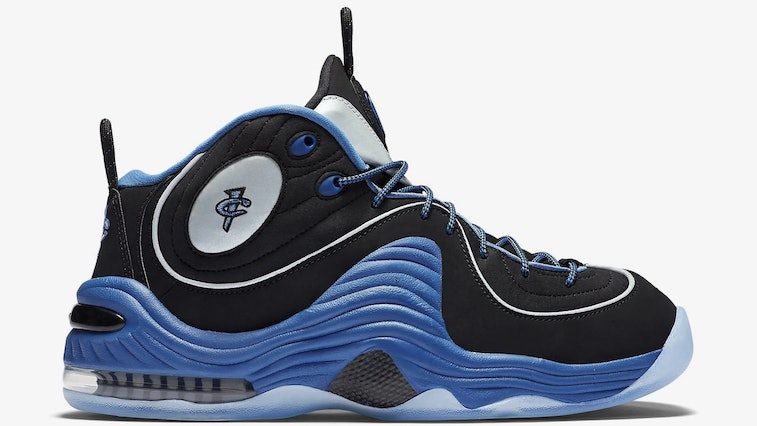 Nike’s Stüssy collaborations have become an annual anticipation ever since the two brands first linked in 2000, and this year’s offerings are no exception. As teased last month, Stüssy has two versions of Nike’s Air Force 1 Mid sneaker prepped for 2022, the year that marks the model’s 40th anniversary.

Yet there could be more shoes expected from Stüssy this year, sources tell Complex. Despite the streetwear brand’s penchant for retro runners and classic basketball silhouettes — like the Nike Dunk, Blazer, and Air Max lines — Stüssy has reportedly put its own twist on Nike’s Air Penny 2 sneaker. Its release, if confirmed, would represent a step away from the label’s typical Nike collaborations, making it all the more covetable.

Hardaway’s name is already a selling point — Over the past year or so, rumors have surrounded the re-release of Penny Hardaway’s signature sneakers — although no one quite expected for a streetwear brand like Stüssy to get involved. Hardaway, a former Orlando Magic point guard, is more than capable of selling shoes with his name alone: In the ‘90s, he came close to challenging Michael Jordan’s sneaker empire, and introduced Nike’s Foamposite material to shoes. Hardaway’s sneaker legacy was so impressive that in 2012, Nike Basketball introduced the Penny 5 — making him the first player since Jordan to have his shoe line continued after his playing career.

With Nike ramping up its basketball re-releases — most recently teasing a reissue of Scottie Pippen’s Nike Air Flight Lite Mid — many speculated that the brand might bring back its Air Penny 3 or Air Max Penny 1. The return of the Air Penny 2 doesn’t necessarily come as a surprise, but it’s unclear why Nike would tap another brand to modify the sneaker. While collaborations seemingly add hype to any product, the Air Penny 2 doesn’t need additional branding to sell out in seconds.

Here’s what Stüssy’s iteration of the Nike Air Penny 2 could look like.

What will Stüssy add? — First released in 1996 and last retroed in 2016, the basketball sneaker usually comes dressed in blue, black, and white panels to pay tribute to Hardaway’s 14-year career with the Orlando Magic. As of now, there are no leaked images or mockups of how Stüssy has altered that makeup, but we can assume from past collaborations that the streetwear brand will keep its modifications to a minimum — it likes to keep its sneakers clean and simple.

The brand’s take on the Nike Air Penny 2 is expected to launch in September, according to Complex’s sources, although the date is subject to change due to supply chain disruptions. No matter when the shoes drop, however, high demand and resale prices are guaranteed.