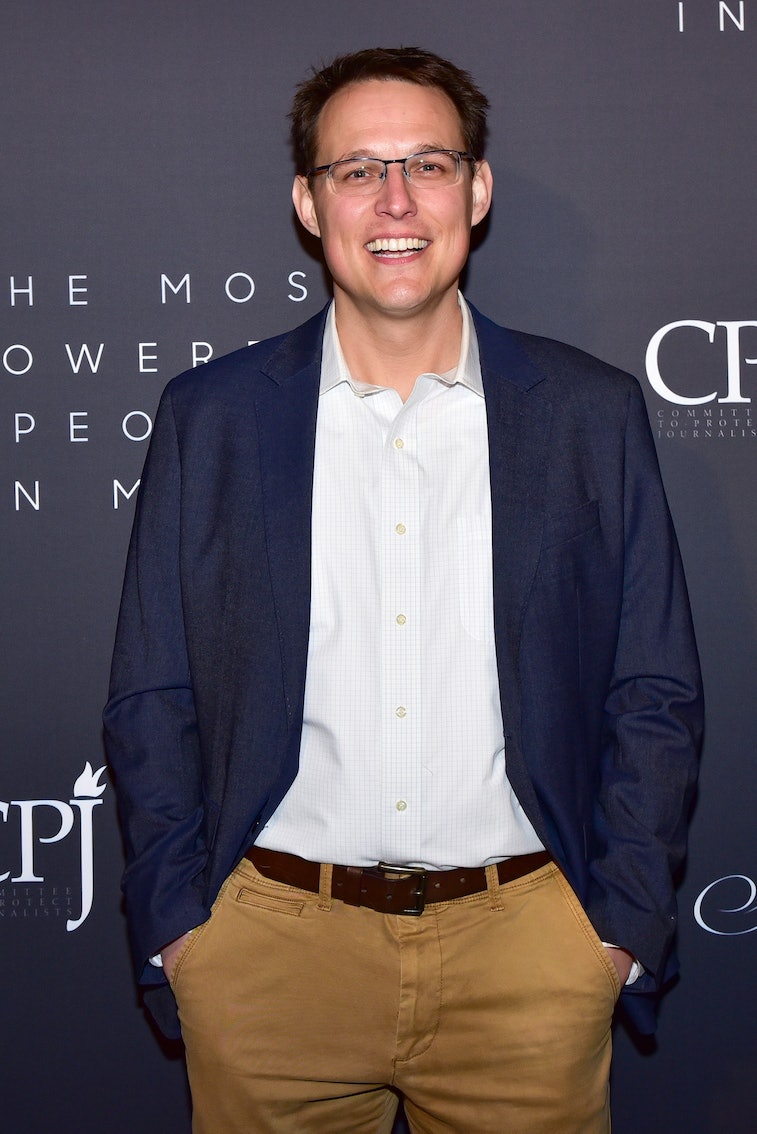 Thank god election week is over. It gave us many things — anxiety, alcoholism, and memes — but now… fashion inspo? As we trudged through Trump’s tweets, MSNBC viewers tuned into political correspondent Steve Kornacki writing numbers (often indecipherably) on the touchscreen electoral map and announcing new ballot counts as they came in. Throughout gains and losses, only one thing remained constant: Kornacki’s khakis.

The reporter, who is now known as America’s “map daddy,” has become an unlikely fashion icon. Vulture debated whether the political correspondent’s “butt looks especially good or we’re just slowly being driven mad,” while Twitter users urged Kornacki to donate his beat-up necktie to the Smithsonian. There’s no word on whether his pants will receive the same honor.

Presidential hype — Now, Kornacki’s sensible khakis are selling out at Gap, which was just under fire for its tone-deaf hoodie tweet trying to unite Democrats and the people trying to take away human rights. A Gap spokesperson confirmed to The Today Show that the retailer had seen a "dramatic increase in online traffic and within a day, we saw around 90 percent unit sale increase online." Damn! Will news anchors become the new influencers? People certainly have a thing for silver fox and IRL daddy Anderson Cooper.

While it might seem unusual for millions of Americans to fixate on regular-looking, business casual pants from a mall store, given the year we’ve had, it’s also unsurprising. The familiar, instantly recognizable khaki soothed citizens in a time where everything has been turned upside down.

The apparel section that’s suffered the most as a result of the pandemic is workwear, for sure. We only faintly remember the constricting feeling of slacks, while khakis appear exclusively in dreams. As such, there is a nostalgic charm to seeing Kornacki sport a collared shirt, tie, and non-stretchy pants.

Steal his look (not the election) — After The Strategist investigated Gap’s entire assortment to find the exact pair he wore on-air, it was determined Kornacki favors the “palomino brown” color khaki, which is available in both slim and straight fit. "I've got a bunch of them," Kornacki confirmed on-air.

Whether you’re cosplaying a work outfit or just want to feel as grounded as Kornacki, you can cop the look at the Gap, where the once $60 khakis have gone on sale for $29. Make khakis cool again, or take it upon yourself to see if the pair really is flattering to the backside. Please, let us know your findings.