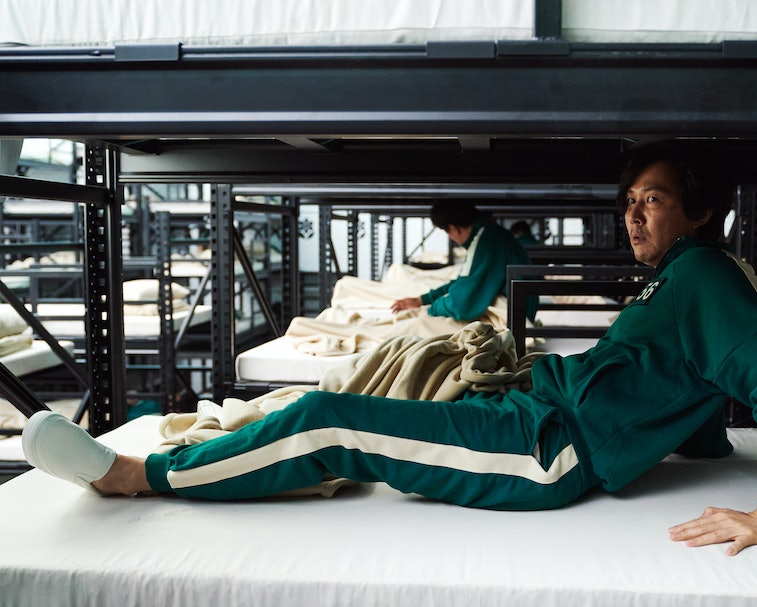 While Squid Game is breaking the internet in South Korea, the hit Netflix show is also creating an appetite for white Vans not seen since the “Damn, Daniel” video. Sales for the white Vans Slip-On worn by the fictional contestants have risen by a whopping 7,800 percent, according to data from The Sole Supplier.

The Korean show’s instant and unexpected popularity make it a prime source of inspiration for Halloween costumes, especially since Squad Game premiered a little more than a month prior to the holiday. Each contestant in the show’s deadly game wears matching green tracksuits with their respective number as well as plain white (and unbranded) slip-ons.

Retailing for just $50 a pair, Vans’ Slip-On is easily adoptable for costumes or merely anyone suddenly interested in the silhouette because of the hit series. Copycat tracksuits for not only the contestants but also the guards have already appeared on online retailers such as Amazon, and we’ve put together a guide to help you get your costume together right here.

Vans is in for some déjà vu — In May of 2016, Vans’ parent company VF Corp. credited the “Damn, Daniel” video with bolstering a 30-percent rise in online sales and 20 percent for direct-to-consumer sales. Daniel Lara and Joshua Holz — the subject and narrator of the viral video, respectively — appeared on The Ellen Degeneres Show after racking up millions of views, and they were then awarded a lifetime supply of Vans shoes.

While Lara was spotted wearing a variety of Vans in the montage, it was his white Vans that garnered the most enthusiastic commentary from Holz. More than 1,200 eBay sellers attempted to capitalize on the trend by listing “Damn, Daniel Vans,” including imposters trying to sell Lara’s “real” shoes for up to $400,000.

Here’s hoping no one gets duped in this second cycle of white Vans hysteria. And if you really want to complete the look for Halloween, make sure you soil your pair with fake blood.