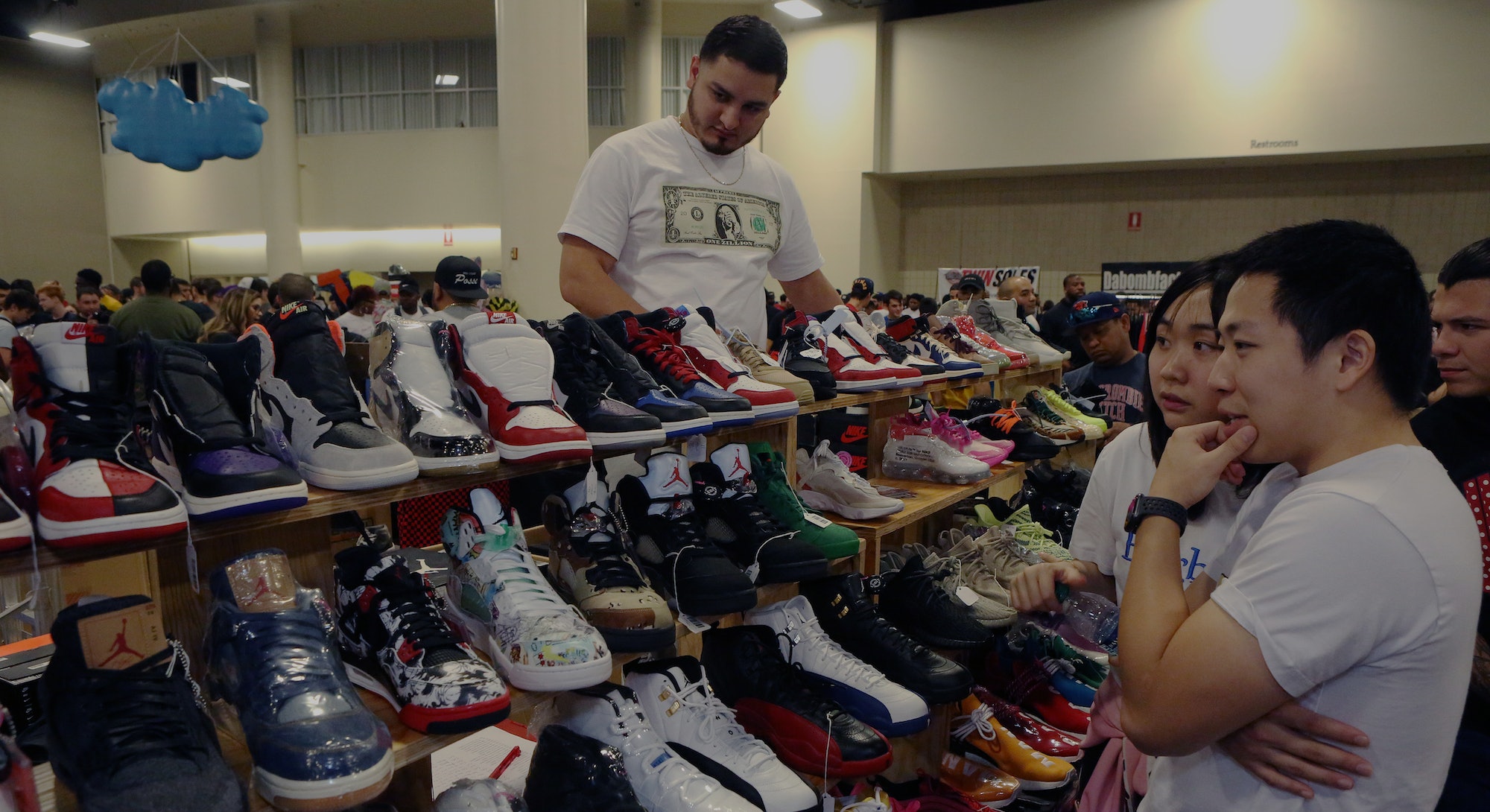 Tucked into the American Rescue Plan Act, a $1.9 trillion bill passed in response to the pandemic and subsequent recession, is a measure impacting a crowd who may have thought they had little reason to pay attention: sneaker and streetwear resellers.

Beginning in January 2022, third-party platforms such as eBay, Etsy, and StockX are now required to report to the IRS when anyone sells $600 or more in goods. The previous rules only applied to sellers with cumulative sales of $20,000 or more in at least 200 transactions, but now those generating much smaller revenues will receive a 1099-K form to report their income.

Technically speaking, the obligation to report such revenue hasn’t changed. The difference comes in increased scrutiny from the IRS regarding online sales, and filing your taxes without noting sales on platforms like eBay, StockX, and GOAT is more likely to cause issues because the agency has already been tipped off on your activity.

Input spoke to several sneaker and streetwear resellers who said that, while they’ve already been careful to report their income to the IRS, they’re more concerned about people who flip product more irregularly and may not have realized they’ve been generating taxable income.

Show Me The Money

One seller, who lives in St. Louis and wished to stay anonymous so as not to have his name attached to his finances, has generated more than $150,000 in sales since he began reselling sneakers in late 2019. The majority of his business is done through Instagram and involves in-person exchanges or virtual payment through third-party processors such as Venmo and PayPal. He estimates approximately 10 percent of his business involves used sneakers sold on eBay or Goat, and he’s been careful to check in with his family accountant to make sure he’s operating above water with the IRS.

So far, his net profits haven’t risen to the level of obligation required to pay taxes. And while doing business on Instagram may still be a way to avoid scrutiny from the IRS, he says that hasn’t been the motivation for his choice of platforms. “In the St. Louis area, the sneaker community is mostly on Instagram,” he says. “A lot of people use Instagram, and it’s an easy way for people to see the shoes [I offer]. It’s just a good platform, even though that’s not what it was designed for.”

“It’s important to have comprehensive information so that individuals can’t game the system.”

Another reseller operating out of Chicago since 2020 says he files his taxes as a sole proprietorship — but another avenue for high-level resellers is to create a single-member LLC.

It’s important to note that just because a seller is required to report their income from online sales, that isn’t a guarantee that it’ll necessarily be taxable. The 1099-K form doesn’t, however, take into account business costs — so even infrequent sellers should keep careful records of their transactions in order to avoid overpaying on their taxes.

To give an example of just how easy it is to hit the $600 threshold for sneaker sales, just two or three pairs of Air Jordans sold over the course of the year could push you over that figure. Your actual profit may be just a fraction of that, however, so you’d want to keep track of how much you originally spent on each pair of sneakers and include those figures in your filing. You can also write off other costs of doing business, such as packaging and shipping expenses, as well as any mileage you may have accrued on your vehicle while engaging in business activities.

“The government is always coming in for every dollar they can get.”

According to a 2016 study by the Pew Research Center, 18 percent of Americans (or nearly one in five) earned money online by selling products online, most often used or secondhand goods. The sneaker resale market alone is already worth at least $2 billion, according to the banking firm Cowen & Company, which also estimates the market will climb to $6 billion by just 2025.

eBay, which has sought to carve out a piece of the market with new seller-friendly policies specific to sneakers, has voiced its displeasure with the new regulations it must follow under the American Rescue Plan Act. “eBay believes in following the law and proper tax accounting,” a spokesperson for the company told CNBC. “Sending confusing 1099-Ks to nearly every occasional or casual seller that uses an online platform to earn extra income, however, is not the right approach.”

Because eBay now has to issue 1099-K forms for a wider swath of its sellers, it and other similar platforms are now requiring users to disclose their social security numbers — which Garret Watson, a senior policy analyst at the Tax Foundation, told CNBC could be a turnoff to potential sellers.

In response to criticism, Treasury Secretary Janet Yellen — who oversees the IRS — defended the new policy earlier this month in an appearance on CNBC. While admitting that cumulative sales closer to the $600 threshold aren’t exactly a source of massive fraud, Yellen said “it’s important to have comprehensive information so that individuals can’t game the system and have multiple accounts.”

Regardless of any trepidation, the policy has already been signed into law and will go into effect at the beginning of next year. And even if reselling hasn’t become a bonafide business for you, you’ll need to be more careful when filing your taxes if you’re generating $600 or more in online sales. The IRS is one agency you don’t want to trifle with, and the St. Louis-based reseller who spoke to Input issued a warning: “The government is always coming in for every dollar they can get. So if they find out people aren’t paying taxes, they’re gonna come get it.”