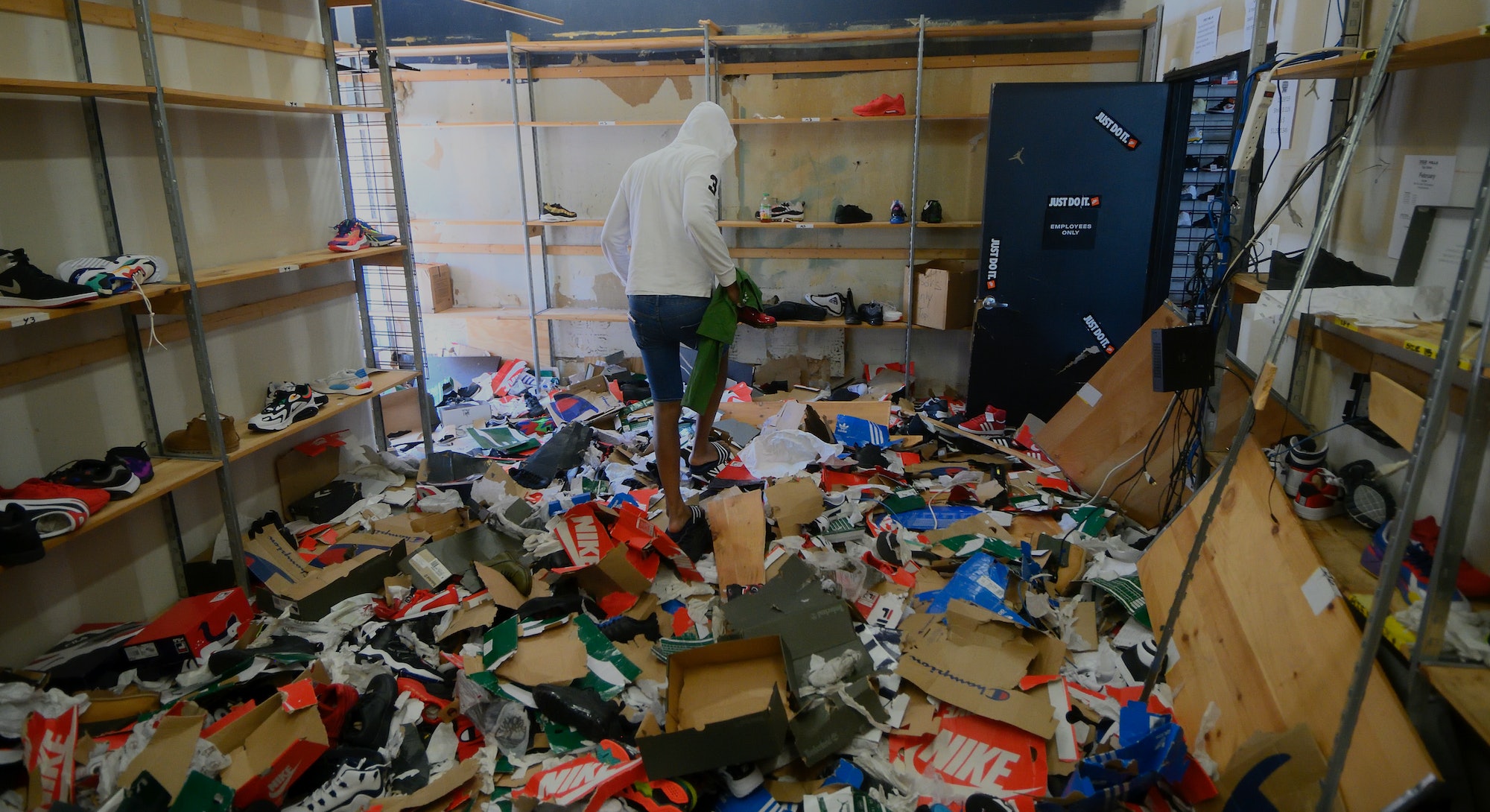 The senseless killing of George Floyd by a police officer has rightfully sparked outcry across the U.S. Protests merged in several major cities, inspiring the tired and disingenuous debate over what form of unrest is “acceptable” has once again resurfaced.

Critics of these protests claim looting, property damage, and violence are improper expressions of frustration from the African American Community. Never mind that black people have been subject to these same treatments not as a byproduct of this country, but as the very tools that built it. They say they’re against racism but also against any deviations from what could be considered a “peaceful protest” — as if any revolution has come by deferring to what those in power are comfortable with.

This argument will inevitably resurface any time African Americans take to the streets to demand their lives be valued by a country that never has. And this is by design, with the FBI spreading this line of thinking as part of its efforts to undermine Civil Rights groups with COINTELPRO. If you lament objects being destroyed in response to black lives being taken, not only are you showing your real priorities, you’re also advancing a message crafted by the very institutions that have helped to uphold racism.

Among some of the businesses that were subject to looting this weekend in Los Angeles were a pair of sneaker and streetwear resellers, Round Two and Flight Club.

Both stores act as middlemen in the market, with the former buying and reselling new and used goods and the latter operating on consignment for unworn products only. Their losses are no tragedy, and no more or less noteworthy than any other storefront that was cleared out and damaged. Their responses, however, are significant, as they've looked past self-interest to say, in effect, do not feel sorry for a business and take your focus off the plight of the oppressed.

Sean Wotherspoon, one of the owners of the national Round Two vintage franchise, has repeatedly responded to comments on Instagram expressing sympathy for his Los Angeles store. “I can't stress enough, our shops are not what you should be worried about,” he said in one comment. “We need our world to change, people should be treated equal."

This was a 180 from some of Wotherspoon’s initial reactions to his shop being looted, including a since-deleted Instagram Story saying “Thank God” in response to the National Guard arriving. Read this how you want — as a legitimate shift in mentality or a crafted change in messaging to avoid criticism. Regardless of intent, it’s the right idea.

“We need our world to change, people should be treated equal.”

And all likelihood, an insurance policy will protect his businesses and many others from any significant losses, none of which without compensation could be as meaningful as another life being taken by white supremacy. The white man who’s opened stores in four American locales bolstered by black-defined notions of cool will be just fine.

Wotherspoon’s amended response also contrasts from that of Virgil Abloh, the first African American creative director for Louis Vuitton or any other European luxury house. Abloh used Instagram to not only bemoan over the looting of his RSVP Gallery in Chicago, but also of Round Two. He somehow managed to connect it to his previous comments asserting that streetwear is dead and wrote, among many other things: “This is fucked up. You see the passion blood sweat and tears Sean put in for our culture. This disgusts me.”

This, along with Abloh’s $50 donation to the Fempower Community Bail Fund, has resulted in valid criticism of his vocalized priorities at this time. It’s even led Marc Jacobs to be held up as a better example of reading the room, an ironic development when Jacobs himself was criticized (and later apologized) for culture appropriation in 2016. Even when the right statement is made within the worlds of fashion, streetwear, and sneakers, it’s hard not to find compromising context.

Perhaps the best such message from a looted business has been from Flight Club. The company acknowledged that it, along with sneaker culture industry, “would not exist without black culture and the support of the black community.” Flight Club has pledged to "contribute to the bailouts of peaceful protesters" — a promise that will need to be monitored for accountability going forward.

Because Flight Club operates on consignment, and it’s unclear if it’ll provide compensation for the individuals whose unsold items were stolen from the shop. Under its terms and services, the company is under no obligation to do so.

Should we care more about the financial losses of individuals than companies, especially when many of those who’ve consigned are themselves African Americans? I don’t know the answer, and I won’t pretend to. But I do know that our focus needs to remain on the injustices at heart of the demonstrations around the country. As Luke Fracher, co-owner of Round Two, Flight Club, and many others have said, “Product is replaceable, human life is not.”

Don’t let some stolen sneakers or any other product of commerce distract you from what really matters: that people are still having to take to the streets to demand that police stop summarily executing black men and women. Black lives matter, and what we wear does not.