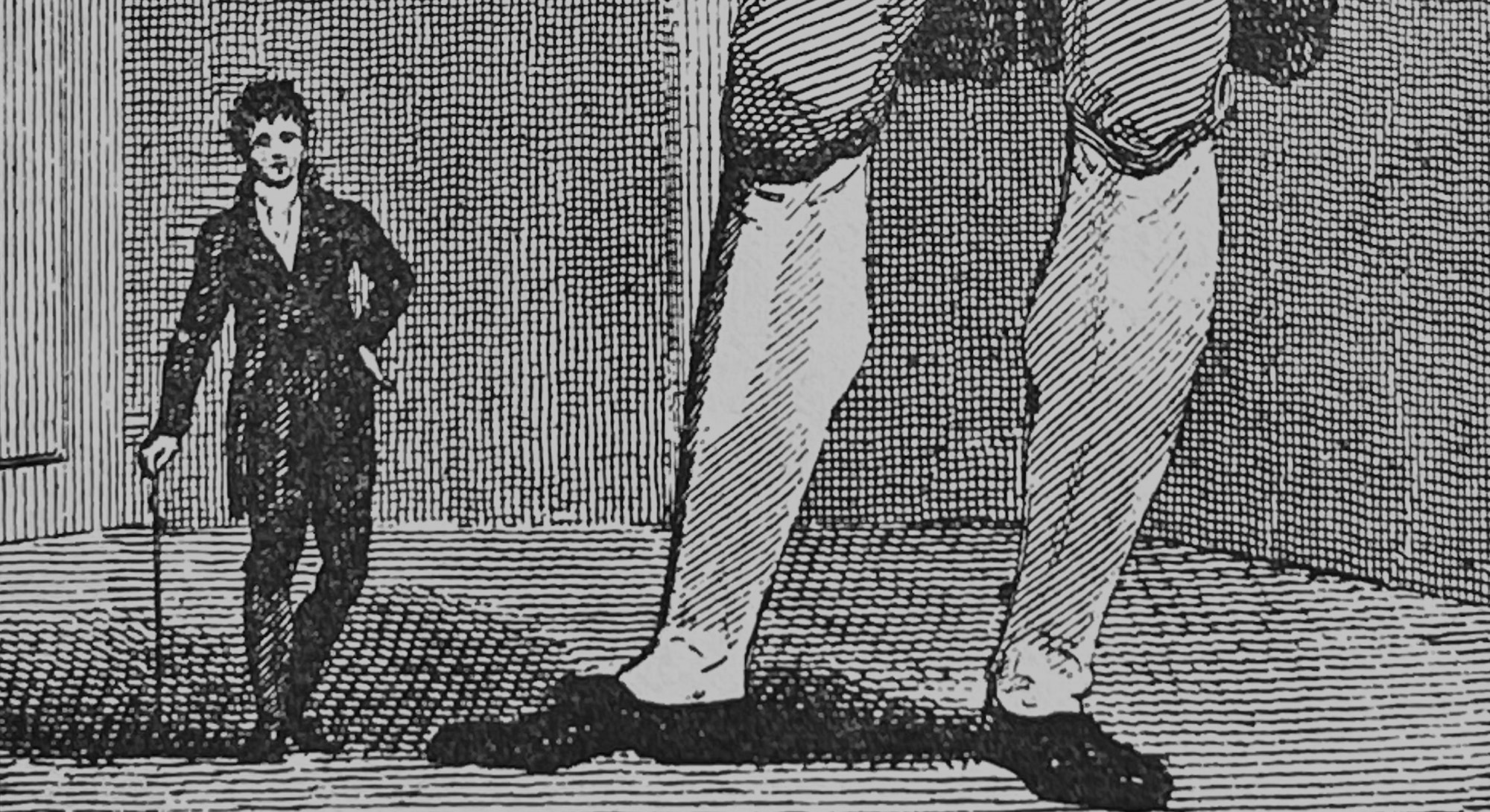 Brian Chang is a 42-year-old behavioral technician from California who is 5 feet 6 inches tall, putting him among the 80 million American men who fall below the average height of 5 feet 9 inches.

Clothes shopping used to cause him a lot of frustration when he couldn’t find anything off the rack. “I’ve finally come to terms with my shorter stature after 40 years,” he says. When Chang shops for clothes online, he adds, “I find the lack of shorter male models makes it difficult to picture how the clothes would look on someone of my height. The clothes always look great on modelesque figures, less so when they arrive at my door.”

I can relate. I am a woman just shy of 4 feet 11 inches tall, which, were I to live in the U.S., would place me in the half of the population that measures under 5 feet 4 inches. I currently live in New Delhi, after two years in London, and while sizes in limited online petite brands available in these cosmopolitan cities zip just fine, they hug and tug in all the wrong places. When I order Top Shop’s Petite Collection online, the dresses often go beyond my toes, and waistlines reach my hips.

The pandemic has laid bare a sad fact of life for short people who want to dress well.

During the pandemic, for obvious reasons, online shopping saw a massive spike: In the U.S., consumers spent $192 billion more online in 2020 than they did the year prior. Now that vaccines are readily available, many clothing shoppers are returning to brick-and-mortar stores. But there has been a shift in mindset, according to some in the industry.

“As the seismic events of 2020 took hold, thousands tried apparel shopping online for the first time — and we saw nearly five years of adoption in one year alone,” Elizabeth Spaulding, the president and CEO of Stitch Fix, an online clothing retailer, wrote in Fortune. “We believe the shift online is permanent and nearly half of U.S. apparel spending will move online by 2025.”

But the pandemic has laid bare a sad fact of life for short people who want to dress well: Online shopping sucks for us. Fortunately, some brands seem to realize this and are introducing tech solutions, such as virtual fitting rooms. And there’s good news on that front: The global virtual fitting room market is expected to grow from $3.1 billion in 2019 to $6.6 billion by 2025, according to research by Valuates Reports.

Eighty percent of garment returns are size-related, according to Joanna Lovering, founder and style coach of Copper + Rise, a New York-based style coaching service. “In order to combat the whole ‘buy multiple sizes of the same item and only keep one’ mindset, there are few apps that help the customer accurately measure themselves with their mobile phones and sync the measurements to the brand’s sizing chart,” she says.

One of the most popular apps providing this type of size accuracy is MySizeID, which retailers can integrate into their e-commerce sites. It uses smartphone sensors (no camera necessary), allowing the customer to measure their size accurately by swiftly moving the phone around their body. The company behind it, Israel-based MySize Inc., recently expanded into footwear.

While nothing can replace actually trying on a garment in person, another tech solution is virtual dressing room apps. Companies like the Israel-based Zeekit, which uses computer vision and artificial intelligence, allow online customers to see a picture of themselves in the garment with accurate proportions, fit, size, and drape.

In May, retail giant Walmart announced it was acquiring Zeekit, so that Walmart.com users will be able to try on brands such as Free People, Champion, and Levi’s. According to Zeekit, early data has shown the service reduces return rates for its retailer partners — which include Adidas, Macy’s, and Modcloth — by 36 percent.

Earlier this year, Snapchat introduced augmented reality try-on for fashion brands such as Prada. “We’re at a precipice where the adoption from users is already there because you have a powerful camera in the palm of your hand and you’re using it to such a degree that it allows us to tackle shopping, with the advancements in this technology,” Carolina Arguelles, Snap’s global product lead in AR, told Vogue Business.

Meanwhile, Perfitly, an AR-powered virtual fitting room solution is being built into the e-commerce platforms of the nation’s leading retailers, including Masterclass Apparel, Clare Hare Darien, and Everybody & Everyone. Perfitly works with retailers to address fit and sizing concerns like the ones Brian and I have been facing for years now.

“Once the shopper creates their unique and accurate digital body double — no matter what your shape or size — and selects the style they want to try, the system automatically dresses you in the best size offered by the retailer,” says Dave Sharma, CEO and cofounder of Perfitly. “If the retailer does not offer your size, the system will indicate that.” Sharma explains that the system’s AI uses data on human body size and shape.

Boulder, Colo.–based Otero Menswear, which caters to men between 5 foot 4 and 5 foot 10, uses Perfitly’s technology. “Before a user gets to the shirts, they will have created their own customer avatar and see how they look with an Otero shirt on, given their own height, size, and body type,” says Stephen R. Villanueva, CEO of Otero. As customers go to a specific product page, such as T-shirts, their custom avatar stays with them. Villanueva says it’s been a great success: Otero’s return rate using the system is 2.8 percent.

I look forward to a time when an item fits exactly how I want it to and I’ll never have to return anything ever again.

“Now that many more [people] will be turning to online shopping despite their former reluctance, I hope that this will have a positive effect on our sales figures,” says Jennifer Anne, a 5-foot-1-inch woman who launched her online brand Jennifer Anne The Petite Collection for customers all over Britain “There will however be much more noise on the web as the big brands jostle to increase their share of the online market, and as a small brand it is really difficult to stand out and have our voice heard.”

Big players include Facebook AI, which is building “the world’s largest shoppable social media platform, where billions of items can be bought and sold in one place.” While this may present challenges for smaller retailers, it can only be good news for short people like me who have very limited options. And the future looks like it’s going to be wild: Amazon reportedly has patented its own “blended-reality” mirror that it says could be used for trying on clothes. Might we all have one of these at home someday?

I look forward to a time when an item fits exactly how I want it to and I’ll never have to return anything ever again. I can’t wait to purchase a dress without having to worry about getting it drastically altered even after trying on multiple sizes. In the meantime, I hope brands both big and small start noticing short people like me, instead of ignoring such a large chunk of their customer base.