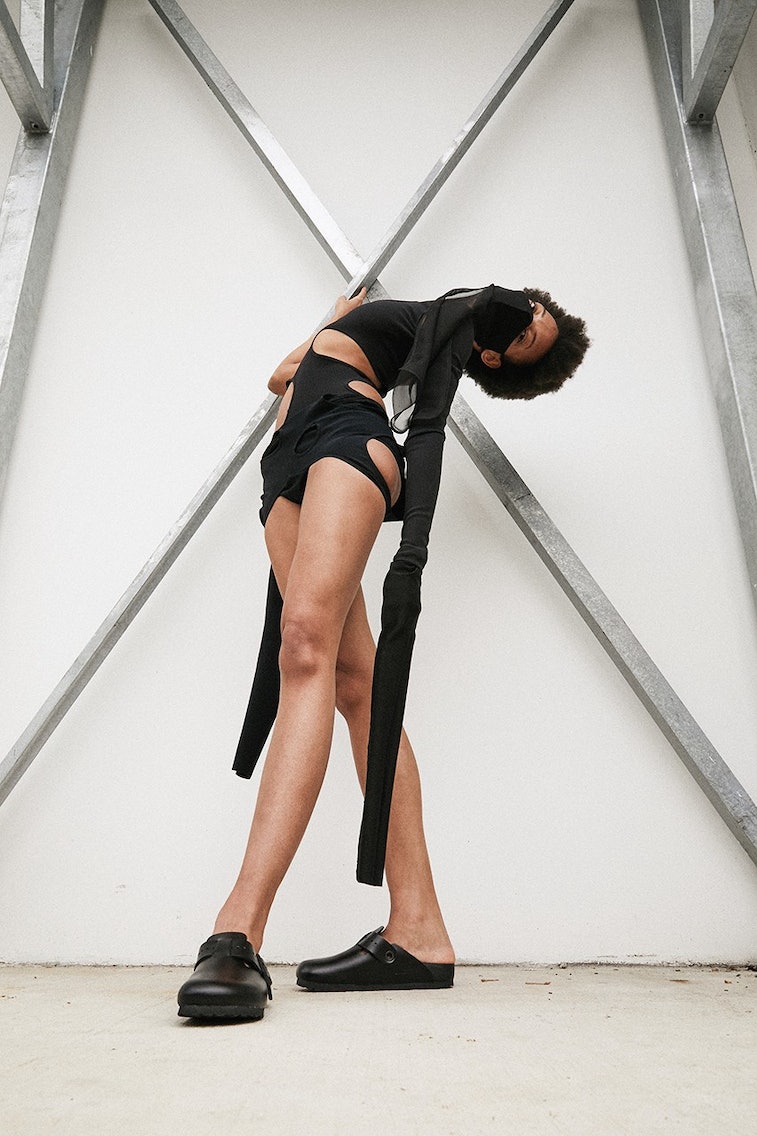 Birkenstocks, one of the most unlikely “it” shoes of the past year-plus, have gone certifiably goth with an assist from Rick Owens. The iconic designer continues his years-long partnership with the German footwear brand with a new crop of murdered-out sandals.

Goths and sunlight may not go hand-in-hand, but if the former is forced into the latter, Owens’ Birks are an obvious choice for leisurely footwear. And if you’re wondering how to style them, just look at the revealing campaign photos that are just one misstep away from a slip of ball sack — no, seriously, take a nice look.

Owens himself told Hypebeast he’s into Birkenstock for its “modesty, health, and consistency” — adding: “In addition to our signature extended straps, I wanted everything in black — black leather, black patent leather, and all-black hardware. In a busy, chaotic and garish world, black provides a clean and crisp graphic formality to my eyes.”

Choose your silhouette — Owens’ latest Birkenstock capsule takes on the Arizona and Boston, the brand’s two most iconic sandals, as well as the strapped and velcro’d Rotterdam. Choosing between the three is as simple as deciding how much toe you’re prepared to show and how much support you need atop your foot.

From there, you’ve also got two choices for materials on each silhouette. All three come in a straightforward black leather, as well as an iridescent foiled leather with a stunning level of sheen. Owens also said he took inspiration for the sandals from the films of Fritz Lang and Cecil B. DeMille — “I always imagined those apostles dragging their robes through dusty temples wearing Birkenstock sandals.”

Get your Rick soon — Owens’ third collection with Birkenstock is slated to release on Friday, June 4, through his namesake line’s website and Birks’ 1774 webstore dedicated to its more fashionable offerings. Expect an upcharge of around $100 compared to normal pairs because of the Rick effect, which is quite simply always worth it.