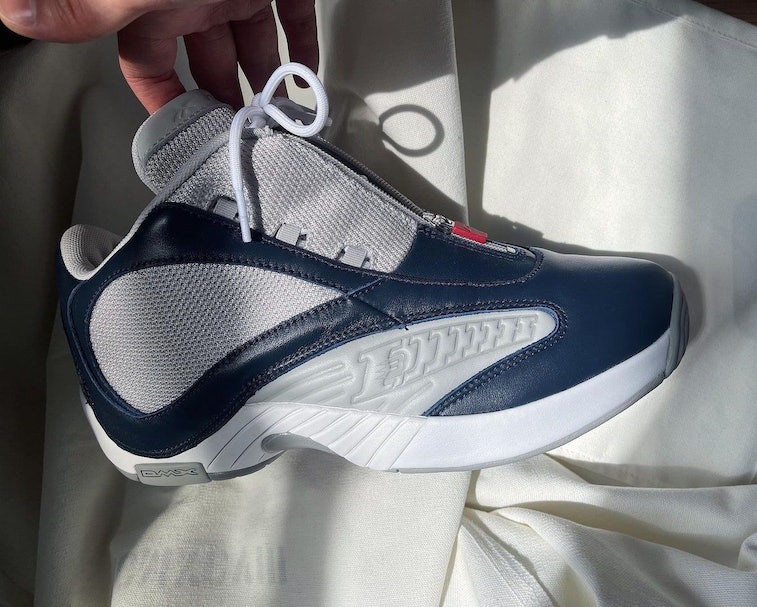 New Jersey-based sneaker boutique Packer has combined two iconic but disparate sneakers as part of a mind-blowing collaboration with Reebok.

The “Answer 4” and Prada’s America’s Cup have become one, as teased by Packer brand director Victor Kan. The first thing you’ll notice on the upcoming Answer 4 is the distinct blue and grey color scheme with red accents from Prada’s performance sailing sneaker turned streetwear classic. Both became ubiquitous in the early 2000s, but Packer is the first visionary to mash them up — with Allen Iverson’s alma matter Georgetown providing a link through its own blue and grey colors.

For now, Kan has only planted a flag by announcing that the Prada-inspired Answer 4 will drop some time this fall. And just like that, we already have what should be one of the season’s most highly anticipated sneaker releases.

Some brief history — The Prada America’s Cup, known then as just the “Prada Sneaker,” was first created for the Luna Rossa sailing team in 1997. Similar to how the Italian house’s Linnea Rossa line was ahead of its time in predicting luxury’s obsession with athletic wear, so too was the America’s Cup an early pioneer in high-end sneakers. Streetwear consumers far removed from the world of sailing couldn’t get enough of Prada’s kicks — and the legacy lives on today with James Harden wearing a green pair while on the bench for the Nets’ playoff game.

Reebok’s Answer 4 arrived three years later in 2000, and it’s most famous moment was as the sneaker Iverson wore in his famed “step-over.” The very color scheme Iverson wore after as he shook Tyron Lue to the ground, hit a mid-range shot, and stepped over the defender’s body was just reissued for the first time in 20 years.

Other versions of the silhouette also have a place in sneaker history, as Iverson wore the Answer 4 throughout his MVP season that culminated in an unexpected Finals appearance against the eventual champion Los Angeles Lakers.

During this period, it’s very likely that many sneakerheads owned both the Prada and Reebok shoes — and we can’t wait for those two defining kicks of the era to become one.