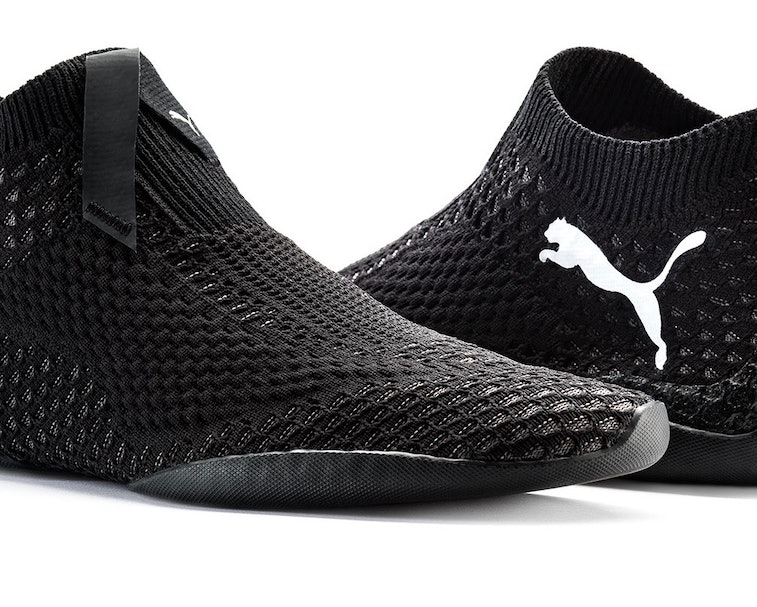 Puma is slipping into the esports category with its very first “gaming” sneaker. By “sneaker,” I mean a glorified sock. The German footwear brand joins K-SWISS in attempting to capitalize on the space.

What are the benefits? — Puma says it’s addressing gamers’ need for a “sock-like shoe” that’s “comfortable, lightweight, and grippy.” The result is called Active Gaming Footwear — which sounds like a sneaker description; not a name — and appears to do just that. Here's the problem: there's already no shortage of such shoes on the market, and they don’t need to make shallow appeals to an increasingly lucrative industry to do so.

Adidas UltraBoost, Nike React — hell, even the Balenciaga Speed — are able to accomplish this trifecta of comfort, lightness, and grip with their knit uppers and cushiony soles. Puma only beats Balenciaga in pricing, because duh, and the company is providing no evidence for superiority, or even the need in esports, for a sneaker that’s anything more than not actively distracting.

If you still want to buy it — Puma is only selling it in Australia and the United Kingdom for now. It’s unclear whether it’ll make its way to the U.S. in the future.