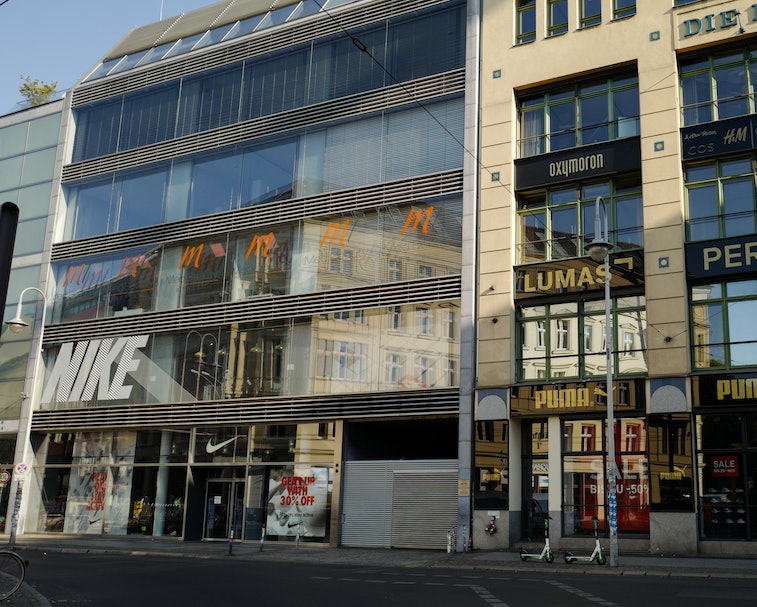 Nike, fresh off of suing MSCHF for its blood-filled Air Max 97 sneakers, is in the midst of another trademark dispute, this time with Puma. Per The Fashion Law, there’s no specific shoe in question — instead, Puma is attempting to block Nike from trademarking the term “footware,” which refers to tech-driven sneakers.

Although it’s not clear yet which silhouettes Nike wants to use the term for, the brand’s FlyEase line utilizes its “Adapt” technology for easy on and off access. Select models even offer 100 percent hands-free wear, while others’ motorized laces are controlled via an app. We already know Nike is trying to patent these features — perhaps the “footware” label is part of that.

Is Nike gatekeeping? — The Fashion Law reports that Nike and Puma appeared before the High Court of Justice in London earlier this week for an appeal hearing surrounding the Swoosh's trademark application with the United Kingdom Intellectual Property Office (UKIPO) for the word “footware.”

Per Nike, “footware” ties to “computer hardware modules for receiving, processing, and transmitting data in Internet of things electronic devices; electronic devices and computer software that allow users to remotely interact with other smart devices for monitoring and controlling automated systems.” Or, to put it plainly, sneakers featuring some type of technology.

Stateside, Nike has also filed a similar trademark request for “footware” with the U.S. Patent and Trademark Office, which TFL reports PUMA is opposing as well. Because the term refers to an “obvious combination” of the words “footwear” and “hardware” or “software,” according to Puma, the term shouldn’t be exclusive to Nike, as it merely refers to footwear-specific hardware instead of indicating a source.

Puma is persistent — This isn’t the first time Puma has tried to legally inhibit Nike’s use of “footware.” Per TFL, a previous 2020 lawsuit saw the UKIPO rule in favor of Nike, as the office deemed "footware" as not having an “immediately apparent” meaning and that the “evidence at play [didn’t] establish that the mark is used descriptively in relation to the goods and services.”

While a reversal of the ruling is unlikely, Puma still remains in opposition to the trademark application in both the U.K. and the U.S. Its resistance may suggest the brand has its own tech-powered footwear on the way.