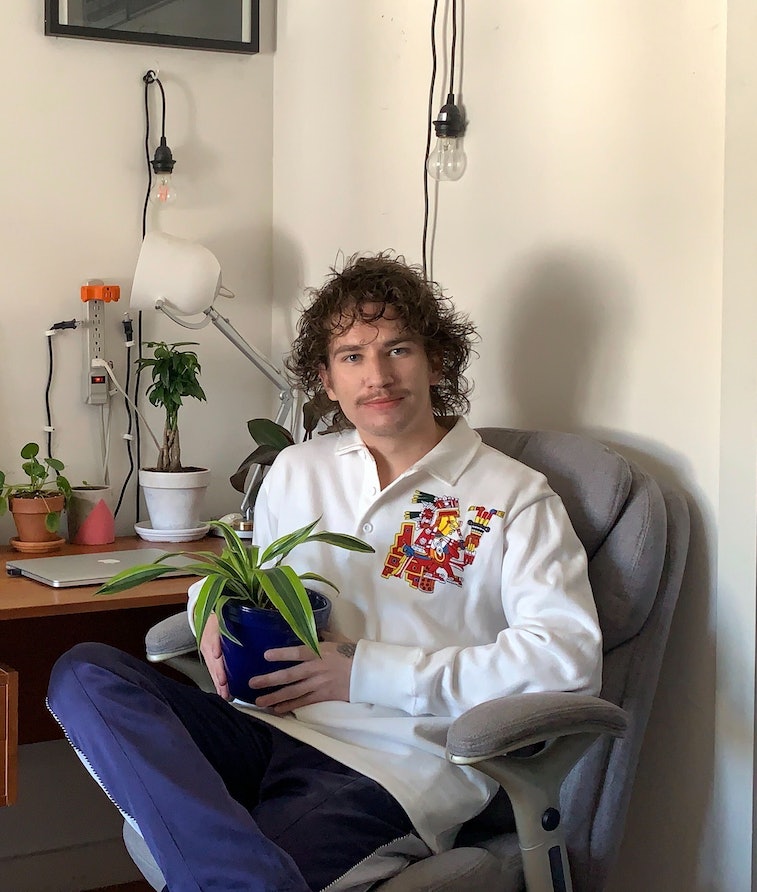 Last week, I was cart jacked. It’s a heartbreaking feeling for those who wade in the world of streetwear and sneakers to see their would-be acquisition sell out in the short window between pressing “add to cart” and “complete purchase.”

Anyone who’s hopped onto Supreme’s webstore at 11 a.m. on Thursday knows what it’s like. But this was Wednesday night, and I wasn’t trying to buy anything like a limited T-shirt or a much-hyped pair of sneakers. All I wanted was a Goldfish plant from my local plant store — because homegoods have become my grails since the COVID-19 pandemic hit.

The two-plus months I’ve spent living in isolation has been a real buzz kill to my passion for style. I’m not one of those people with a capitalist brain who thinks they should dress “properly” while working from home — I’d rather spend my time inside in sweatpants and shorts that are yes, fashionable, but more importantly, comfy. My purchasing habits were initially unimpeded early on, and I wanted to support smaller brands like Noah whose values I support. But the longer the 'rona has stunted my social life, the less drawn I’ve been to purchasing new clothes. It’s hard to get excited or inspired when there’s nothing to dress up for, no social events to ohh and ahh over outfits with likeminded people.

Instead, I’ve found my devotion to aesthetics refocused onto my room. What began with compulsive cleaning and reorganizing, just to occupy myself, inspired me to reevaluate my bedroom decor. While my most personal space has always drawn compliments from visitors, it was still filled with entry-level furniture from Ikea — modern, yes, but also basic. And my plant collection, which was once more bountiful, has waned in the last two years as I’ve struggled to adjust accordingly to a new apartment and its divergent light situation.

My surfaces and the plants that adorn them were due for an upgrade, and the process of making that happen has scratched the itch that getting dressed in the midst of a global pandemic hasn’t been able to reach. So far, I’ve purchased a new desk and nightstand – both vintage and mid-century modern. I’ve also added four new plants, three of which I purchased, and an additional one coming from propagation.

The place where I sleep, work, and store my excessive assortment of clothing now feels invigorated. I’m prouder to call it my own, and it’s starting to reflect the same level of effort I usually dedicate to my wardrobe. And judging by the Goldfish plant being snatched right from my shopping cart, a mere blip in this wonderful journey, I’m not alone in this type of endeavor.

Little Shop of Soil, a small plant store in a converted shipping container in Brooklyn’s Bushwick neighborhood, has sold out of greenery each week since deciding to take its business online. After being forced to close shop, owners Adam Rajchel and Alissa Kinner debated for weeks whether or not to create an online shop. They said shipping wasn’t an option, and they weren’t sure if people would want to leave their homes, even for a contact-free pickup. They were shocked to see the initial run of 60 plants sell out within 20 minutes, and a slightly larger restock the following week also flew quickly. Last week, when they bumped up to 150 plants, the majority of them were gone within four hours.

“It’s been really funny because we’ve had a few people compare us to a Supreme drop,” Kinner says. “They were like refreshing their page at 8 p.m. waiting for our plants to drop.”

I swear I’m not a masochist seeking out more ways not to be able to purchase what I really want, but it’s fun to see plants get in on a little of the same hype as streetwear and sneakers. As an added challenge, I’ve had to seek out plants that can survive direct light in my window sill because I’ve run out of space on the rest of my surfaces — much like I need to consider my entire wardrobe when deciding to add a new piece.

“We’ve had a few people compare us to a Supreme drop.”

Still, shopping right now, when the United States’ unemployment rate just hit a staggering 14.7 percent last week, can feel guilty. But I likely wouldn’t be doing it had I hadn’t received the $1,200 stimulus check, and it’s gratifying to be able to support small businesses at this time.

As the areas that we navigate have become narrowed, it’s reasonable to spend on what little we have left to interact with. Plants also carry proven benefits for our mental health, immune systems, and productivity — as well as improving air quality and increasing humidity in the areas they occupy. Decor in the wider sense too has an effect on our subconscious. There’s an entire field of psychology dedicated to the impact of interior design on our psyche, including its effects on our behavior, relationships with others, and the perception of space and time.

For furniture, I’ve turned to Humble House, a vintage outpost in Boerum Hill. My path there has felt similar to searching for vintage clothes, as I spent days digging through Craigslist before I found the perfect desk. It’s mid-century modern, made in Denmark of teak with a perfect pair of drawers anchored to the sides that feel like they’re floating. At $300, it felt just as much as a steal as the Raf Simons Calvin Klein 205W39NYC quilted coat I once found for $600, well shy of its $4,000 retail.

After walking six miles round trip from my home to inspect the desk and secure it for delivery, I also hemmed and hawed over a striking two-tone nightstand with tiered glass shelves and a geometric door handle. I began throwing things out and clearing up space to justify its addition to my room, similar to how I might get rid of some clothes to justify purchasing more. A week later, I made it mine — in fact, it was delivered in the middle of me writing this very article.

“The place where I sleep, work, and store my excessive assortment of clothing now feels invigorated.”

Kalyn McCutcheon, co-owner of Humble House, says she too has seen encouraging demand from customers mid-pandemic. While March and April were slow, business has picked up in May as the weather has gotten warmer. McCutcheon says she’s been selling dining tables more frequently than usual and has had conversations with customers about reinvesting in their space.

“Normally it’s so easy to buy something from Amazon or another online store, but because of all that’s going on, shipping has been crazy slow,” McCutcheon says. “That’s forcing things more locally, which they can get closer and faster. It’s been nice to see people thinking more about their space and where their items are coming from.”

On top of supporting local businesses, shopping vintage furniture also has the benefit of being more sustainable — a goal I strive for but haven’t fully attained with my style habits. The IKEA furniture I’ve replaced has always been destined to be thrown out — I’ve seen pieces on the curbs in New York City far too often — but I foresee owning my new pieces for life and possibly handing them down to my children if I can ever convince a woman to procreate with me.

“Never has the personal psychological experience of space been as important than during the pandemic,” says Toby Israel, design psychologist and author of the book Some Place Like Home. “When people need to stay at home, the challenge is to make it an oasis and not a fortress.”

Perhaps my turn from fine clothing to vintage furniture was preordained. A Fashionista article from 2019 highlighted the menswear enthusiasts who’ve pivoted to rare home goods. Reading it last year, I had a feeling I’d end up in the same boat one day. I just had no idea it would be a global pandemic that pushed me over the edge.

And over the edge I have gone. I’m now waiting on a set of Danish melamine coasters from the ‘70s designed by Laurids Lonborg, which I ordered to protect my precious new desk. Also on the way is a vintage magazine stand made of clear lucite with an awesome retro font used to spell out “Magazines.” Somewhat swiftly, my room is coming as close to refined as my wardrobe.

And I’m not giving up on that Goldfish plant. I will not stop until it’s mine.

Read next: Life after COVID-19: How Nike plans to adapt to a new normal

No one wants to see your feet, but these 10 sandals may change that

Travis Scott remixed Nintendo and PlayStation logos for his Fortnite merch. Could they sue?