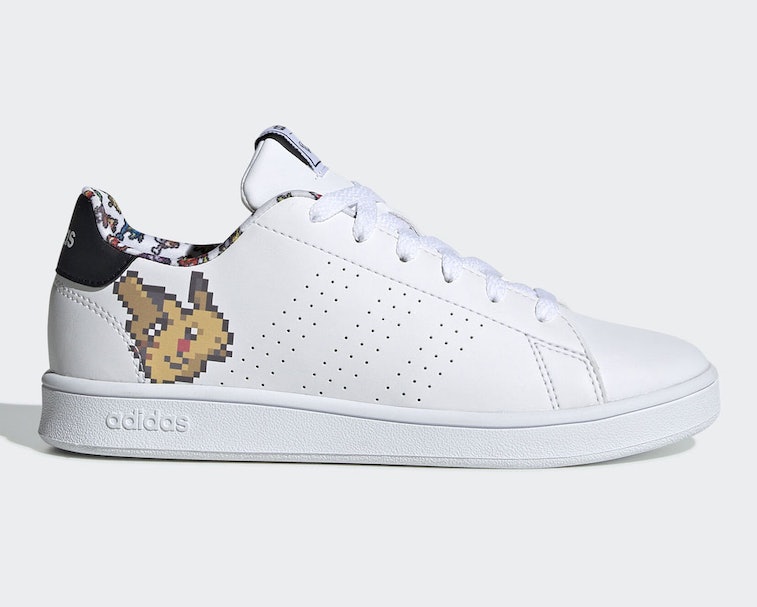 Another Pokémon leak has fled Adidas. New images from the upcoming collaboration reveal an Adidas Advantage featuring an 8-bit rendering of Pikachu. Perforated stripes on the clean white upper with a black heel tab help keep the focus on the star Pokémon.

Inside the sneaker, the liner showcases a grip of other Pokémon with the same retro treatment, including Mewtwo, Charmander, and Bulbasaur. Squirtle can’t be seen in the angles released so far, but if the OG starter Pokémon is omitted, we riot.

When and where can I buy? — To be determined. Adidas has not yet confirmed the launch of any Pokémon products. But, since leaks began appearing as early as May, it’s safe to say a 2020 release is most likely.