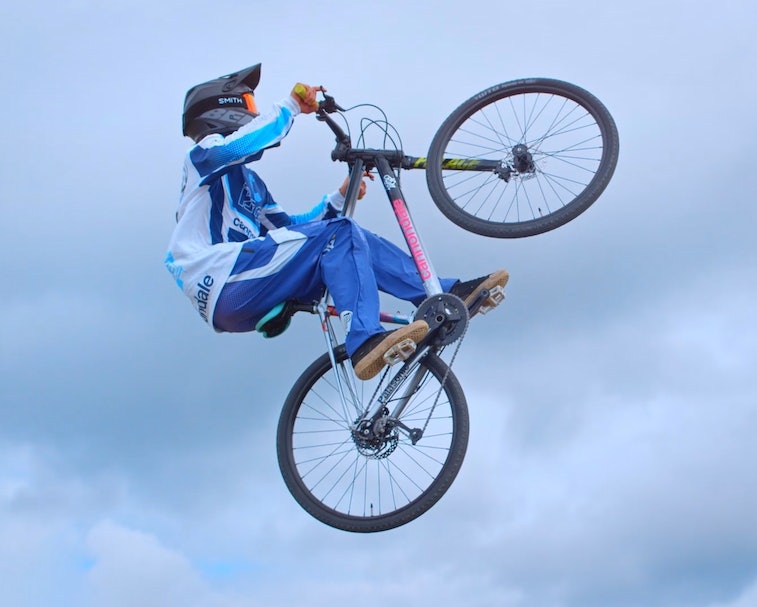 Palace has already embedded itself in the highest level of professional cycling, but until now the only way you could get one of its bikes is if you were lucky enough to win a raffle for charity (or be Virgil Abloh). That’s set to change as the London skate brand teams up with Cannondale to create the “Mad Boy.”

Palace’s first bike gives a new name to the Bad Boy, the signature hybrid city bike from the bicycle manufacturer celebrating its 50th anniversary. Cannondale is known for being ahead of the industry in using aluminum frames instead of steel and introducing the first dual-suspension mountain bike.

Each of its three Bad Boy models is remarkably light yet durable, and the two more expensive versions feature integrated lighting. Starting at $1,200, the Bad Boy is known as a great value but still relatively pricey for newcomers. Palace’s Mad Boy will be even more prohibitive, naturally, with a limited number of bikes releasing. But for everyone else, there’s also the most steezy cycling gear since, well, the last time Palace made any.

Dress like a Mad Boy — Gore-Tex jackets and pants in purple or turquoise will hold you down as you cycle through wet conditions, while bike-tailored accessories include six-panel hats, a water bottle, and snood. Long-sleeve shirts are also modeled after cycling jerseys, and there’s plenty more apparel if you’re more interested in the look of the sport.

A wide color range of hoodies and T-shirts are covered in heady graphics along with “Mad Boy” branding and Palace’s “Palasonic” sponsor spoof. And although tennis may be the sport du jour of fashion and streetwear, Palace makes a strong case for adopting the look of the two-wheeled culture.

All the goods are slated to release at 11 a.m. ET this Friday, September 3 through Palace’s website and physical stores. Pricing has yet to be announced, but the Mad Boy bike could easily hit the $2,000 price range even without a streetwear upcharge.