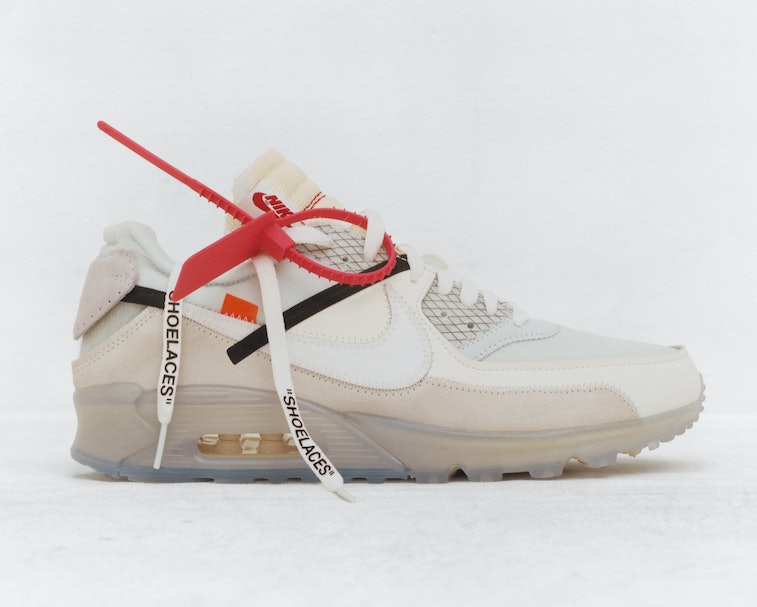 Off-White has finally been awarded trademark registration for its signature red zip tie.

A protracted back-and-forth between the brand founded by Virgil Abloh and the U.S. Patent and Trademark Office saw the application denied several times over a nearly four-year period. Off-White began using the zip tie on its products in 2016 and submitted its first application for trademark in July 18.

The zip tie regularly comes attached to Off-White apparel and sneakers, including its highly sought after collaborations with Nike, in addition to more standard hang tags. Many customers are such fans of the design flourish that they leave the zip tie on during wear. Despite this, the USPTO has consistently rejected Off-White’s application, arguing that the ties are functional, not distinctive.

Don’t knock it off — The USPTO awarded Off-White its trademark registration Tuesday giving the brand an important tool for going after imitators. As reported by The Fashion Law in July 2021, Off-White had argued that its use of the zip tie was no different than the use of any other logos in indicating a product’s source of origin. The brand continued to make its case by crediting trademarks with being part of the very reason people want to purchase a product, particularly when it comes to luxury goods.

Functional design elements are automatically rejected by the USPTO for trademark registration, which is why certain components of sneakers are often difficult to protect. Nike was only awarded a trademark and patent for the Air Jordan 1 — which has been sold since 1985 — in June of last year. Even though Nike has engaged in several legal battles with imitators in recent years, a precedent still hasn’t been set for how rigorously it can protect its designs.

Out-of-court settlements in favor of Nike have been reached before judge could reach a verdict, as the plaintiffs were likely scared off by the sportswear giant’s superior resources to continue on in court. John Geiger, however, seems intent to stand up to Nike for longer than anyone else. Whatever ruling is eventually reached could have far-reaching effects.

Off-White’s trademark for its zip tie should draw a more clear line in preventing imitations and affirms it as a distinctive element of its designs. There are a number of limits in its protection, though, as the trademark only applies to sneakers and red zip ties. Off-White has used the the zip tie on much wider range of apparel and rendered it in several different colors, but those appearances are not part of the successful registration.

If you’re still looking for a ruling on whether or not to remove the zip tie from your sneakers, Off-White already said you should cut it off nearly five years ago.