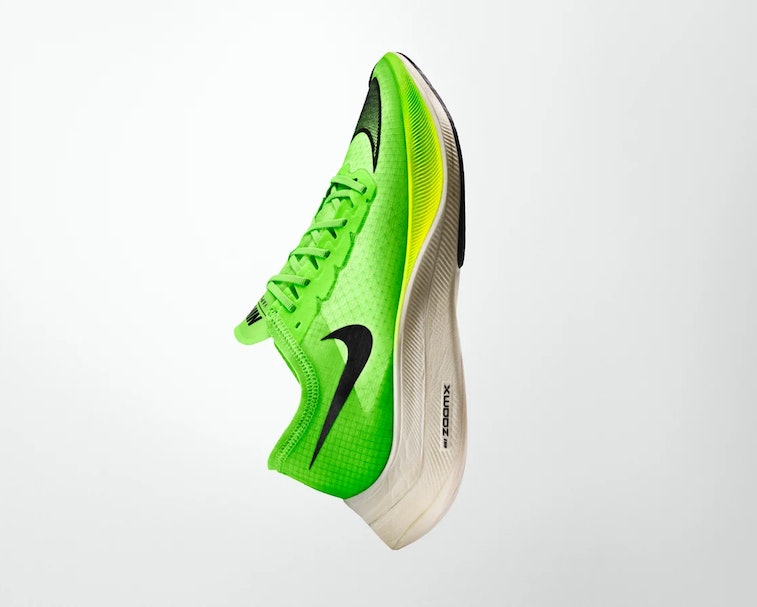 Whatever proves to be the ultimate fate of Nike's VaporFly Next% sneaker, the brand has been gifted with the best free marketing since Michael Jordan's first sneaker was banned. Both the men's and women's marathon records have been broken in the last two years by runners wearing the shoes, as well as 31 of the 36 podium positions in last year's six major events. Critics have called for the shoe to be banned because it provides too much of an advantage.

A temporary verdict has been reached — World Athletics has decided not to issue a ban on the sneakers, but it is tightening restrictions, according to The Guardian. All shoes currently on the market will remain legal, but the sport's governing agency has issued an indefinite moratorium on any new shoe with a sole thicker than 40mm and more than one rigid embedded plate or blade.

Nike's sauce — The VaporFly Next% features a full-length carbon fiber plate underneath the foot that helps provide propulsion to runners. Its massive ZoomX midsole, which contains 15 percent more foam than its predecessor, returns up to 85 percent of the runner's energy. A lightweight Vaporweave upper also absorbs 93 percent less water than Nike's Flyknit material. With all of these advancements, Nike says the VaporFly Next% makes runners 4 percent more efficient.

What does the future hold? — A panel of experts commissioned by World Athletics has recommended further research on "the true impact of this technology" from new, high-tech sneakers.

"As we enter the Olympic year, we don’t believe we can rule out shoes that have been generally available for a considerable period of time," said World Athletics president Sebastian Coe, "but we can draw a line by prohibiting the use of shoes that go further than what is currently on the market while we investigate further."