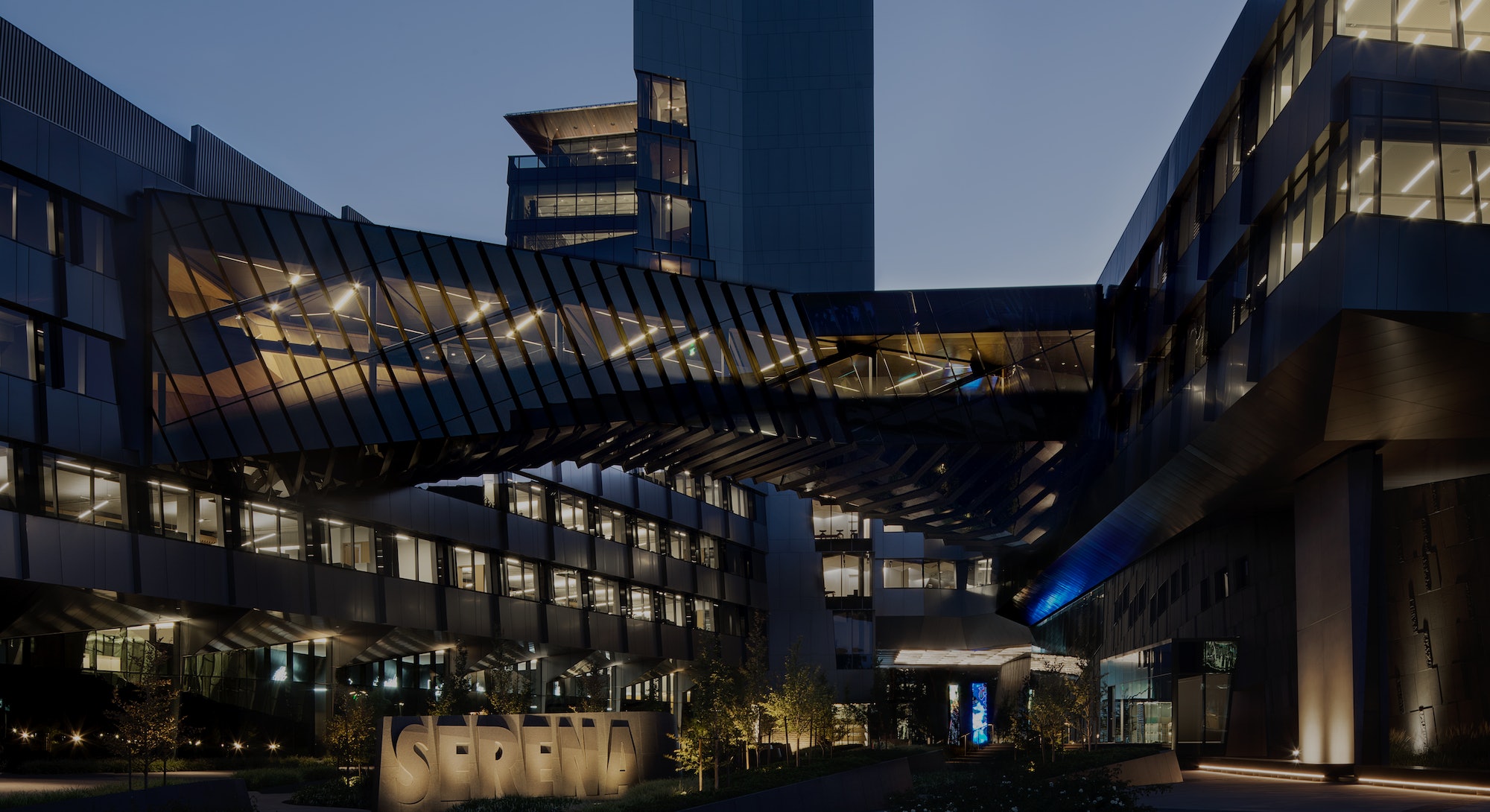 Nike has unveiled the Serena Williams Building, its biggest and perhaps most sustainable office building yet at Nike World Headquarters.

Covering the equivalent of 140 full-size tennis courts — precisely one million square feet — the building invites Nike’s creators to collaborate with each other, bringing together the brand’s design, insights, and product-merchandising teams for the first time.

“We have space for a thousand designers to come sit in this building; a concentration we haven’t had in nearly 30 years,” said John Hoke, Nike’s Chief Design Officer, in a press conference last week. Reminiscing on the Michael Jordan building, which he said could fit all the designers (about 100) on one floor, the Serena Williams Building is “a catalyst of creativity.”

“The whole building takes your breath away. Every element, everywhere you go, is an opportunity to be inspired.”

Designed by Portland-based Skylab Architecture in collaboration with Mark Parker, Executive Chairman of Nike, the Serena Williams Building builds on Nike’s legacy and follows its namesake’s dedication to progress. The space is meant to be hyper flexible as the brand expands, with each floor featuring extra stairwells to connect vertically as well as horizontally.

Specialty spaces within the building include 140,000 square feet of showrooms and work space; a footwear materials library; a color lab; and the two-story, 140-seat Olympia Theater, named after Serena’s daughter. Nike’s Consumer Creation teams also have access to 200,000 square feet of lab space, allowing them to test new ideas in developing, presenting, and merchandising Nike products.

Each space is built to be open and invite creativity, encouraging designers to look around at their peer’s work and collaborate or expand on those ideas. “There’s nothing like a little design challenge to get you going,” remarked Chuck Eichten, Nike’s Workplace and Connectivity Design Director, during a walking tour of the building last week. Adding to the sentiment, Hoke said Nike demands collaboration because it helps the brand achieve a “group genius.” At Nike, he said, employees “meet as equals focused on a project, pushing each other to find [their] best ground.”

Within the Serena Williams Building, guests and employees alike are exposed to creativity at all times in order to keep inspiration flowing. A statue of the goddess Nike sits within one of the building’s shared workspaces, while asterisks — a symbol the brand uses to signify its belief that everyone with a body qualifies as an athlete — are sprinkled throughout the space.

“The whole building takes your breath away,” said Williams in a press release. “Every element, everywhere you go, is an opportunity to be inspired. I hope this building encourages people to bring out the best of themselves and to dream bigger than they thought possible.”

The building’s structure is inspired by Nike’s legacy and Serena’s own greatness. With two interlocking towers, the Serena Williams Building nods to Nike’s two founders Phil Knight and Bill Bowerman, as well as the brand’s “built on a handshake” foundation. Three branches diverge from the two towers, representing the goddess Nike’s wings, individuals coming to work together, and the federally protected wetlands on which the building sits beside.

Easter eggs about Serena are sprinkled throughout the building’s interior, nodding toward her favorite color, purple, her daughter, and of course her tennis career. Some designs are based on tennis rackets, while light fixtures are based on William’s aces. When the tennis star saw the latter, Eichten said, she reportedly commented on how she had accumulated even more aces than those shown.

An overarching “princess warrior” theme embodies both the soft and strong sides of Serena, Eichten said. Upon entering her namesake building, visitors are greeted by glass columns featuring pieces from the tennis player’s career, including journals, gear, and competition apparel. The columns represent Serena’s 23 Grand Slam victories. Only Margaret Court has more titles at 24, but Serena still has a chance to surpass the record as her career continues.

“Athletes are risk takers by nature, but Serena is a risk taker in life,” said Eichten. Motioning toward her competition clothing — the likes of which include a denim mini skirt and knee-high boots — Eichten praised the tennis player for her confidence and drive. “Not only am I going to wear this,” he said, paraphrasing Serena, “but now I’m going to win.”

To inspire the same type of drive at Nike, the Serena Williams Building includes a slew of windows for extra light, most of which can also be opened for easy access to fresh air. Employees are also encouraged to utilize the “wellness rooms” scattered throughout the space. “We’ve placed a premium on making this building inviting and welcoming not just for creativity, but for all of our employees to come in and contribute,” Hoke said. “Every single detail has been thought out.”

Those details include connecting the building (and its inhabitants) to its surrounding nature. Areas between the wings of the space flaunt thousands of native plant species and nurse logs to encourage natural ecosystems, while Hoke revealed that Nike’s designers have their own garden. For the letter project, each designer picked out seeds and planted them, with the intention of converting those plants into natural dyes.

More than 20 percent of the Serena Williams Building, which is LEED Platinum–certified, is made up of recycled content that was harvested and manufactured locally. A whopping 648 solar panels outfit the space, saving about 41 percent of energy compared to a baseline building.

“There’s beauty and utility [within the SW Building], but also responsibility,” said Hoke. “[Nike doesn’t] view sustainability as a compromise in any way… But we actually do it as a catalyst for something new.”

Still, Hoke said Nike has yet to reach its highest potential. As the brand celebrates its 50th anniversary this year, it’s only looking to the next 50 years and how it can continue to serve athletes as well as invite everyone to sport. “[Nike] is a 50 year startup,” said Hoke. “The best is in front of us. We're never done creating; we’re never done exploring.”

Hoke is confident the best is yet to come for Nike, and the Serena Williams Building only serves as confirmation. “We know that athletes will push us — their ambition will push us and that will always remain a part of the heart and soul of this company,” he said. “The next 50 years are unlimited.”